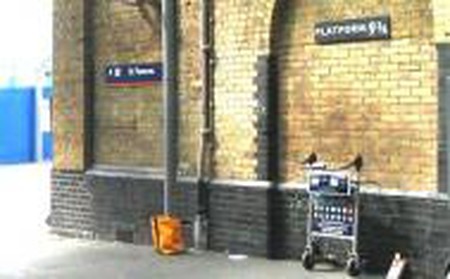 It is hardly surprising that writers choose to set their fictional worlds within a city as rife with possibilities as London. From romantic comedies to dystopian universes, writers of all tastes have chosen London as their ideal setting and many of their rich descriptions have been brought to life through the medium of film. Here are just a few London based novels that have been adapted into films. 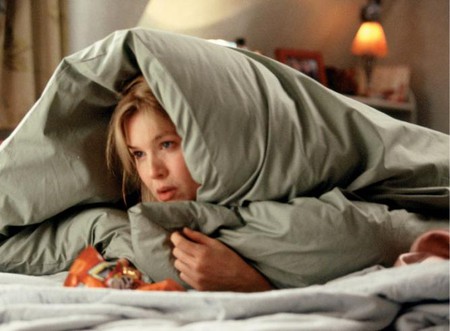 Helen Fielding’s newspaper-column-turned-novel tells the story of the perpetually single Bridget, who finds herself torn between the affections of two men, Daniel Cleaver and Mark Darcy. Renée Zellweger brought the character to life in the 2001 feature film, going so far as to gain 20 pounds in weight to do the role justice. The success of the film inspired a production of the sequel Bridget Jones: The Edge of Reason, which was brought to the big screen in 2004. Although Zellweger is an American, she perfected her English accent to play Bridget, who is a quintessentially British, middle-aged woman working at a publishing company in London. There are therefore, some spectacular shots of the city from a working woman’s perspective – such as her confident stroll across Tower Bridge, surrounded by like-minded professionals on their way to work during rush hour. There is something extraordinary about a snow-covered, Christmassy London and the climactic romantic kiss in the denouement of the film only emphasises this. Upon visiting Borough Market you can spot Bridget’s little flat, or even the location of the restaurant where Jones’ two suitors fight, played by Colin Firth and Hugh Grant. London really is brought to life in this lovable classic.

Monica Ali’s novel was nominated for the Man Booker Prize and in 2003, she was selected as one of the ‘Best of Young British Novelists’. In 2007, her novel was transformed into a British drama film, which tells the story of a Bangladeshi teen who is brought to live in Brick Lane, the centre of the British Bangladeshi community in London, due to an arranged marriage. She leaves behind her sister and her home to come to Britain and at first, she can barely speak any English. The film portrays the particular racial tensions following the 9/11 attacks by Al-Qaeda in America and therefore, displays the changes in the interactions of the communities. Furthermore, it depicts the struggle of a woman forced into a loveless marriage and torn from her home, all because of her religion. What is perhaps most intriguing about this, is the view of London from a different culture – the grey, metropolitan buildings and streets contrast greatly to the colourful and rural landscape shots of Nazneen’s home. This story reminds us of how diverse London really is. 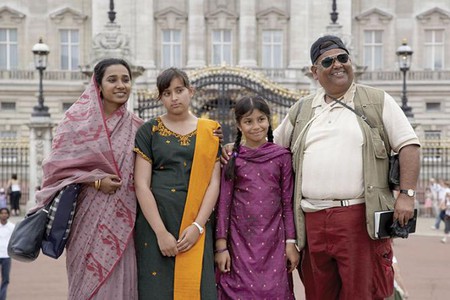 Adapted from Alan Moore’s graphic novel, From Hell depicts an intriguing portrait of London in the late 19th century. Rife with prostitutes, opium dens and corrupt law figures, the film, starring Johnny Depp, depicts a psychic’s attempt to unveil the identity of Jack the Ripper. It shows a more historical view of London and is a wonderful way to transport yourself back in time to a more debauched and mysterious city. It could be described as a ‘horror mystery’ and the cobbled streets and dark alleys of London certainly provide the mystique and unpredictability required. 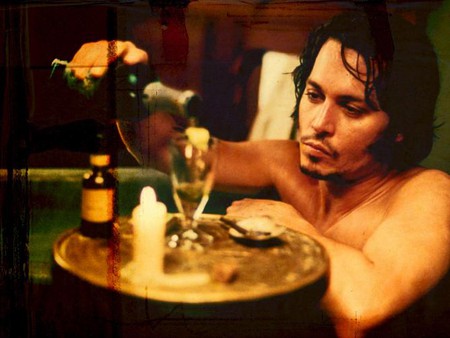 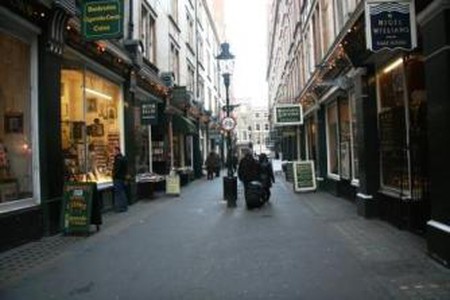 Although J.K. Rowling’s incredibly popular book franchise focuses mostly on the fictional Hogwarts School and the magical world that surrounds it, this fantastical region is located just a train journey away from King’s Cross station. In the film adaptions of Rowling’s spectacular series therefore, London is featured heavily, specifically in the later films such as Harry Potter and the Half Blood Prince, and Harry Potter and the Deathly Hallows. In these latter titles, the trio – Harry, Ron and Hermione played by Daniel Radcliffe, Rupert Grint and Emma Watson respectively – leave Hogwarts on their mission to destroy the malevolent Voldemort once and for all. Modern London is portrayed as a world with hidden secrets –phone boxes that can take you to the Ministry of Magic, invisible buses and train platforms only reachable by running through a solid wall. This film franchise therefore emphasises the mystical appeal that London holds for many, including its inhabitants. There are also some amazing shots achieved with visual effects – Harry Potter and the Half-Blood Prince, for instance, opens with the destruction of the Millennium Bridge by the power of magic alone. The Harry Potter world has had an international impact upon London. You can’t, for instance, visit King’s Cross station without witnessing a queue for the photograph opportunity of a lifetime – a shopping trolley half way through the platform 93/4.

Zadie Smith won multiple awards for her popular novel White Teeth, which tells the story of different multi-ethnic and multi-racial families living in and adjusting to London. It illustrates the hardships of immigrants and their children as they become exposed to a new society, illustrating how hard it is to try and find a sense of belonging within the shared dimension of the metropolis. The motif of ‘white teeth’ is the common denominator which brings together all of the families – no matter what colour their skin is or what country they hail from, they all have white teeth. Though Zadie Smith’s novel was not, in fact, turned into a film, there was a four-part television adaptation broadcasted in 2002. The series was shot in areas of North-West London and certainly showcases the multicultural atmosphere of the present-day capital.

Though Arthur Conan Doyle’s incredibly popular universe has been transformed into hundreds of different screen, stage and radio adaptions throughout the years, most recently Sherlock Holmes has been reinvigorated with a universally viewed and much loved British television programme, starring Benedict Cumberbatch and Martin Sheen, and two successful films, starring Robert Downey Jr. and Jude Law. Sherlock Holmes is such a predominantly London based universe that you can even participate in a ‘Sherlock Holmes walking tour’ around the city, starting at Piccadilly Circus and covering many locations seen on the hit BBC show, the books and the most recent films. You can even visit ‘The Sherlock Holmes Museum’ on Baker Street, which has brought to life Holmes’ famous study. Where the television show Sherlock is a modern adaptation and shows a 21st Century London, the films stick to the setting Doyle imagined, and so we are transported to a Victorian London. Holmes and Dr Watson travel all over some of the most famous sites of London in all the adaptions of Arthur Conan Doyle’s universe; for example, in the Guy Ritchie film starring Robert Downey Jr. it is the nave at St Bartholomew’s Church where Holmes and Watson interrupt Lord Blackwood’s attempt at a human sacrifice. Despite being two adaptations of many, both are, frankly, to quote Holmes, ‘quite elementary’.