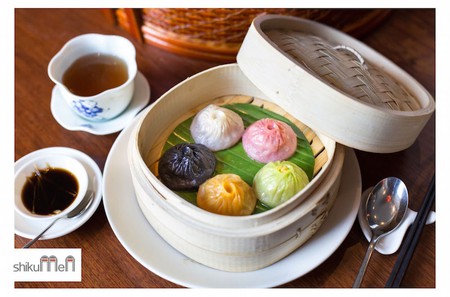 London’s Shepherd’s Bush has long been famous for its fantastic market just behind Shepherd’s Bush Empire, which offers mouth-watering food from around the world. The wider area has been pegged as a bit of a foodie heaven over the last couple of years, with new restaurant openings and revamped gastropubs to complement some long-standing local favourites. With food from every corner of the globe available to reflect the area’s multiculturalism, here’s our round-up of the top 10 eats.

Diner, Restaurant, European, $$$
Facebook
Email
Twitter
Pinterest
Copy link
Share
Map View
Inspired by the live music venue, Bush Hall, which sits right next door, Bush Hall Dining Rooms is perfect for a pre- or post-theatre meal. It aims to combine the traditional, antiquey feel of a dining room alongside the laid back vibe of a modern diner, serving modern European food alongside comfort classics with a slight rework. This is proper diner food, with a homey feel provided by initiatives such as Family & Friends Breakfast, where you’re served together like you’re at home, or roasts presented whole to be carved by one of the group.
Open In Google Maps
304 Uxbridge Road, Shepherd's Bush, London, England, W12 7LJ, United Kingdom
Visit Website
Give us feedback 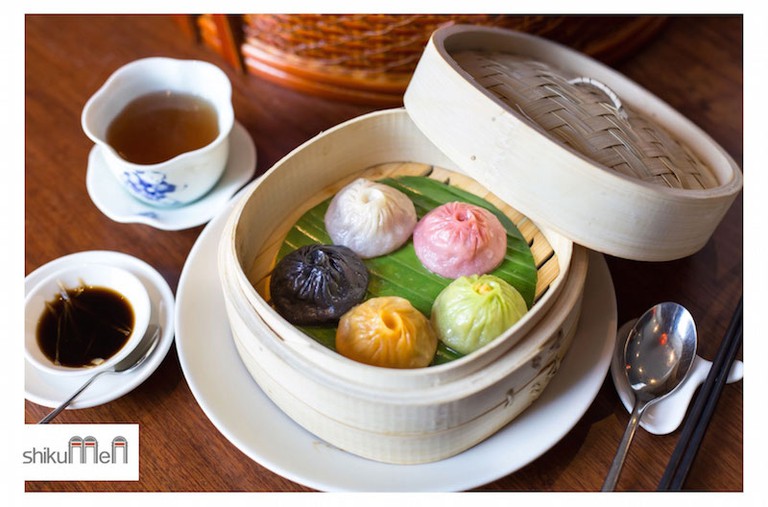 Shikumen are providing a new selection of coloured Xiao Long Bao (soup dumplings) | Courtesy of Shikumen/FourteenTen
Attached to the stylish Dorsett Hotel, Shikumen provides sophisticated Chinese food at affordable prices in a smart and authentic room. The restaurant’s name translates as ‘stone gate’, and refers to a style of colonial-era architecture in Shanghai that blends the style of East and West, it’s a theme they aim to recreate throughout the restaurant, which is filled with impressive, chunky, mahogany tables, leather benches and oriental room dividers. Shikumen are particularly well-regarded for their dim sum and Peking duck (which is carved at the table) and have just launched a snazzy new selection of coloured xiao long bao (soup dumplings).
Open In Google Maps
58 Shepherd's Bush Green, Shepherd's Bush, London, England, W12 8QE, United Kingdom
+442087499978
Visit Website
Give us feedback

Pub, Restaurant, Pub Grub, $$$
Facebook
Email
Twitter
Pinterest
Copy link
Share
Map View
The Pocket Watch’s drinks menu contains a great selection of craft ales and ciders on draught and bottled, alongside an ample selection of wines and cocktails. The food menu changes every couple of months and is a step up from typical pub grub, with a range of intriguing small plates, including courgette and halloumi frites, chickpea chips with chili jam, and honey and mustard roast sausages. The mains feature a range of gourmet burgers alongside dishes such as a New Orleans-style po’boy and ‘dirty’ mac and cheese.
Open In Google Maps
434 Uxbridge Road, White City, London, England, W12 0NS, United Kingdom
+442036207283
Visit Website
Visit Facebook page
Give us feedback

Restaurant, Middle Eastern, Vegan, Halal, $$$
Facebook
Email
Twitter
Pinterest
Copy link
Share
Map View
Sufi is a bit of a Shepherd’s Bush institution; a low-key, family-run restaurant since 2007, serving authentic Persian home cooking for low prices. The restaurant is a small, compact room draped in traditional fabrics and with various instruments hung on the walls, and with drinks served in beautifully ornate teapots, glasses and cups. Bread is made in front of you where you sit, and the dips, stews and kebabs are celebrated by Persian ex-pats and non-Persians alike.
Open In Google Maps
70 Askew Road, London, England, W12 9BJ, United Kingdom
+442088344888
Visit Website
Give us feedback
Book Now

The name of this cosy little restaurant at the end of Uxbridge Road is pretty accurate, with it serving eclectic food from a range of the sea’s bordering countries, Eritrea, Ethiopia, Somalia and Yemen. The Red Sea special dish is an enormous, shared serving platter, featuring a selection of stews, lentil dishes and spiced rices on a large, steamed flat bread. Most individual dishes are of similarly generous proportions. They don’t have an alcohol licence, but allow you to bring your own bottle without charging a corkage fee.

Butcher, Restaurant, Moroccan, Mediterranean, Middle Eastern, Halal, Vegan
Facebook
Email
Twitter
Pinterest
Copy link
Share
Map View
Abu Zaad serves authentic Syrian cuisine which has been described as ‘criminally good’. The owners describe themselves as ‘pioneers in the authentic Damascene cuisine’; not surprising given the relatively small number of Syrian restaurants in the UK, with their food being prepared by traditional methods. They also run a hugely popular supermarket with butcher counter nearby, which no doubt facilitates the low prices. The restaurant is always incredibly busy, with the decor consisting of lots of opulent and garish gold, ornate brasswork, carved wood and photos of old Damascus.
Open In Google Maps
29 Uxbridge Road, Shepherd's Bush, London, England, W12 8LH, United Kingdom
+442087495107
Visit Website
Give us feedback

Once a popular street food trader founded by Matt Paice, Killer Tomato has opened a permanent home on Goldhawk Road. The burritos at the Mexican joint have been described as the best in London, while the expanded menu will serve new dishes such as cheeseburger tacos and deep-fried avocado tostadas along with homemade sauces. In an innovative move, the new restaurant is completely cashless, the first cashless restaurant in the UK having only opened in March. Alongside the food, Killer Tomato will be serving up a great selection of Tequila cocktails, South American wines, craft beer and mezcal.