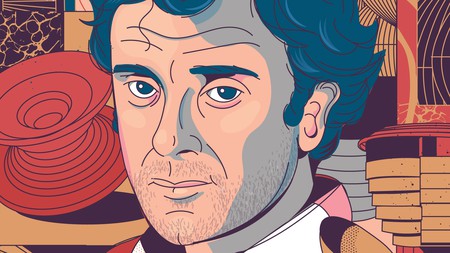 Arguably the most famous designer in the world, Thomas Heatherwick has played a major part in shaping contemporary life in London, from the new Routemaster bus to the redevelopment of King’s Cross. He explains why the city is special to him and how it has influenced his career.

In 2012, the millions of people around the world who tuned in to watch the opening ceremony of the London Olympic Games witnessed 204 copper petals rising to create one massive incandescent flame in the darkness. The tournament’s cauldron was designed to be a symbol of global togetherness, and as it took form, a sense of pride rippled across London. The man responsible for giving the city that moment of unity was Thomas Heatherwick.

“It was the only instance where almost a billion people saw what I did at exactly the same time,” he recalls. “It was suddenly worth having a smartphone, because everyone who’d ever known me, who vaguely knew that I’d worked on it, texted me at once – my phone was like a telex machine in an old film, spurting and going bonkers.” 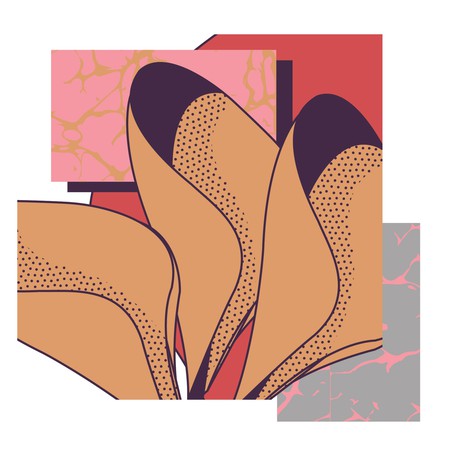 That year was the turning point of Heatherwick’s career: his redesign of the classic double-decker Routemaster bus hit London’s streets, the Victoria and Albert Museum curated a major exhibition of his work, and Heatherwick Studio published its first monograph. Suddenly, Heatherwick was a regular face in the media, with designer Terence Conran calling him “the Leonardo da Vinci of our times”.

From humble beginnings designing small projects such as Paperhouse in Chelsea, Heatherwick’s 250-strong studio in London’s King’s Cross now works on large-scale projects that are changing not just the capital’s cityscape but the world. Working for big players such as Google on its headquarters in Silicon Valley and in London, Heatherwick and his team produce designs that are guaranteed to make an impact. Obsessed with detail, human scale and particularity, Heatherwick strives to prevent cities from blending into one by celebrating the uniqueness of each place in which his work appears. 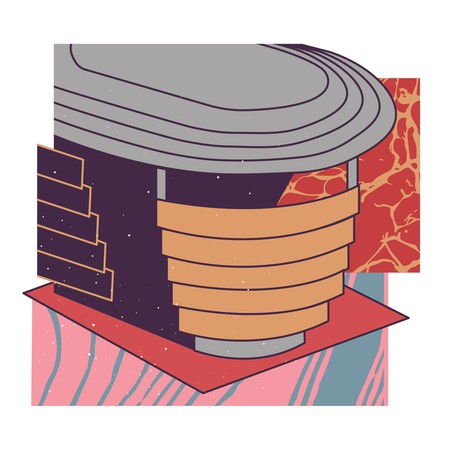 I’ve been living in the city for 45 of my 48 years, and I’m still constantly surprised by it. You go down its side streets and still find buildings and histories you didn’t know. London has all these layers, like silt that’s built up over centuries. I love its unexpected idiosyncrasies – its oddness forces you to just make do, and reappropriate buildings.

Now that I’m designing elements of cities across the world, there’s this huge question mark: How do you bring some of what London has to cities that don’t have centuries of history? And how do you make something that can be true in centuries to come? Our role is to draw out the particularity of a place and its people to create something specific to that location.

When I was researching the Seed Cathedral, the UK’s pavilion project for the Expo 2010 in Shanghai, it was a similar thing – if I took Britain to China, what was I taking? What is there about Britain that isn’t the same old cheesy stereotypes like the Queen and bowler hats? I asked a friend who I knew understood both China and Britain, and she said: “Eccentricity.”

I took that to mean a strange mixture of stubbornness, awkwardness and a little bit of arrogance that’s nurtured by weird remnants of our history, but also confidence. London has definitely given me the confidence to be idiosyncratic. 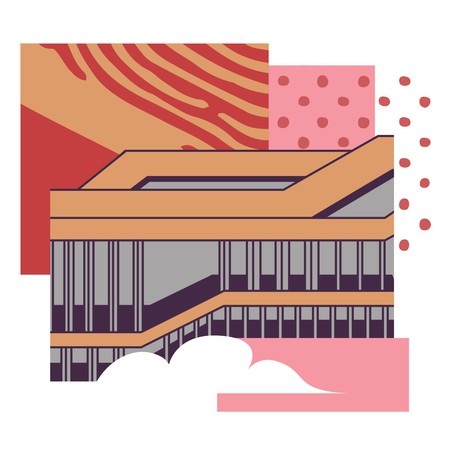 …building a career in the city

Nowhere else in the world could have supported my passion for design quite like London. Here, in half an hour you can call upon world experts in any field you can think of. It allowed me to be quite focused from an early age.

I studied in Manchester in the late 1980s and early ’90s. Coming back to London to do my master’s degree at the Royal College of Art in Kensington was a bit odd after that. The city suddenly seemed so posh and I struggled a bit – there wasn’t as much space to be really experimental, and a brutal testing of your ideas was much harder next to the grandeur of the Royal Albert Hall and Hyde Park.

Luckily, I got the chance to meet Terence Conran in the fire escape at my college. It was a generous thing for a man being stopped in a stairwell by some student to say: “OK. Come and see me.” He was even more generous when I showed him an idea for a building and he could see that I was struggling – he said I could live at his house in the country where there was this great workshop called Benchmark. I built my second small building project there, a gazebo made from multiple layers of plywood, which is, amazingly, still standing.

When I graduated I wanted to find somewhere I could both work and live, which ended up being near Camden Town. I just hoped that if I worked hard I would be trusted by someone with a project. At that time, the world still had a conservative feeling, but then the Labour government came into power in 1997 and there was a sudden flip in the feeling about what the city could be.

My favourite piece of modern architecture is probably the Lloyd’s of London building by Richard Rogers. Seen from above, it’s simple in its plan, but it’s mesmerising to look at from the outside, with all its layers of detail. It’s so rare that people have the confidence to commission a building like that – they had a real commitment to detail and beauty. The glass was specially made for that project and the clients paid for that to happen, as they believed it mattered. 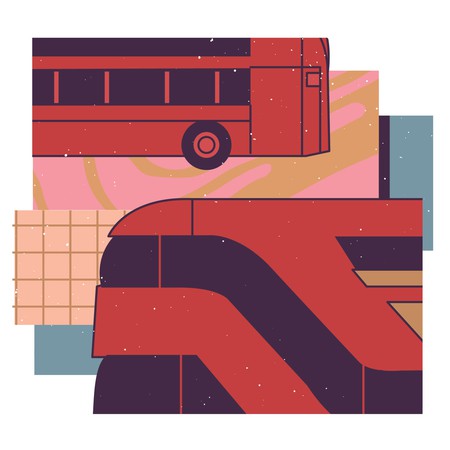 When we were asked to redesign the Routemaster, the distinctive double-decker bus that was launched in the 1950s but discontinued in 2005, there hadn’t been a bus designed especially for London for half a century – they’d all been bought off the peg. The worst offenders had harsh, white strip lighting like a battery chicken farm and blue plastic everywhere, which you can tell was designed [so people could] hose down vomit.

With our new Routemaster, I wanted to make sure we met all the regulations, but without making it look like we were hitting you over the head with them. One of the things I’m most proud of is the lighting: we chose warmer lights that are flattering to human skin. Dimming them encourages you to look out of the windows more, which surely is the joy of riding a bus in London.

We didn’t want to barrage people with buttons and signs – instead, we wanted to focus on the dignity of the passenger, and even the driver. The weirdest thing in the brief was that it shouldn’t be possible to kill the driver with a samurai sword. Once someone has said that to you, you’re traumatised.

We tried to focus on all the little details. The old buses felt like clumsy slabs that were blocking up the street. Rounded corners make you perceive the whole form as being smaller – even though [our bus is] actually much longer than the 1950s Routemaster.

A bus is like a two-storey building and you’re going to see more of a bus than any building in London, so we felt a great responsibility to make something [that is] less imposing on the streets.

As a studio, we feel some kind of stewardship over this area, because we’ve been here for more than 17 years. I’ve been working with the developer Argent on projects such as the Coal Drops Yard shopping area, and I’ve been really impressed with its way of bringing spaces from the past to life. For example, on Granary Square – an area where barges once unloaded their goods – toddlers in swimming costumes now run around in the fountains, and there might be an antique car market or a Peruvian food festival during the weekend.

Once I went there with a property developer from Hong Kong to show him what we’d done. As we walked closer, about 400 naked men and a few semi-naked women came around the corner on a charity bike ride around London. The vitality of the area is a constant reminder that our job is to frame life, rather than make life happen around what we have designed. 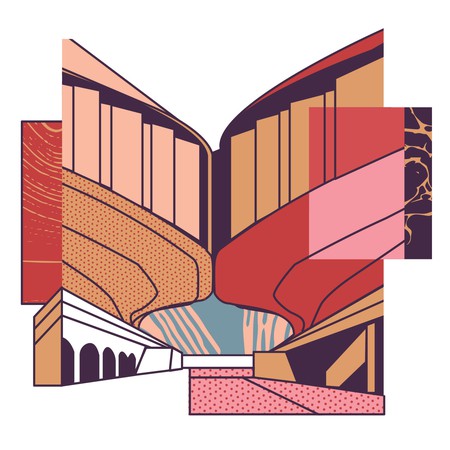 Human interaction with your design is also important. With Coal Drops Yard, we pulled together two existing buildings and merged them through a big dramatic intervention. But there’s also that bit that your finger will touch in the whole project, possibly the only bit, and that might be the button in the lift. Designing that part of the project well is a cost-effective way to have love in the detail.

It’s also why we’re using wood on the new Google headquarters in King’s Cross. This will be the biggest wooden facade in London – about as long as the Shard is tall. Because of its sheer size, we wanted something tactile that would be a counterpoint to the hardness and shininess that we’ve become so used to in cities, which can feel alienating. We’ve drawn on the simplicity of the Victorian warehouses close by.

By including plenty of triple-height spaces, just like the old industrial buildings, we’ve made sure the structure can be easily adapted for future use. If it’s going to last, it has to be truly flexible.