This Unique Skinny House Squeezes Under a London Railway Bridge 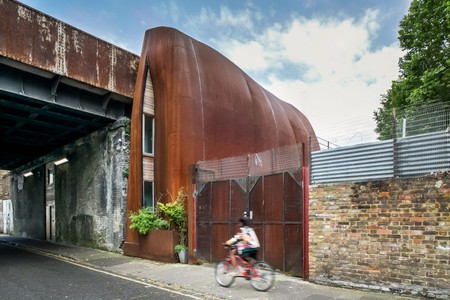 This bizarre bunker-style property has been creatively squeezed into a tiny infill plot in South London that sits right next to a Victorian railway viaduct, and now it could be yours to own.

You might be forgiven for walking past this cleverly camouflaged house near Kennington, due to its slim-line form and rusted-steel exterior, which seamlessly blends into the old 19th-century railway bridge that it sits under. 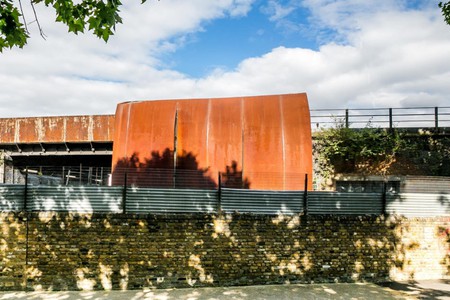 The 150 square-metre house, which is now on the market, was originally designed as a family home and a photography studio. The property neatly slots into an infill site positioned next to the Victorian bridge, which also comprised an old vaulted workshop under the arches. 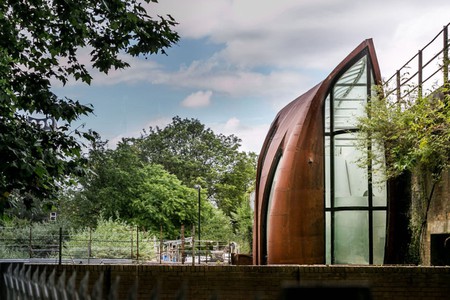 Its distinctive, twisting industrial-style exterior was designed by Undercurrent Architects, which has established a reputation for working its magic on tricky brownfield sites such as this one. 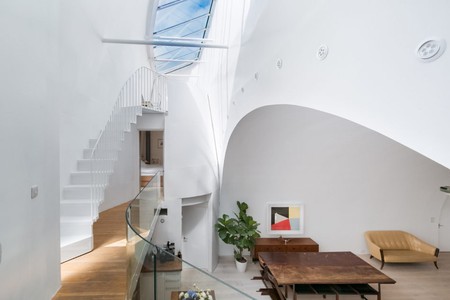 The copper-toned Corten cladding complements the weathered appearance of the railway viaduct, protectively cupping the internal spaces while also providing a solid acoustic shell to muffle the noise of passing trains. 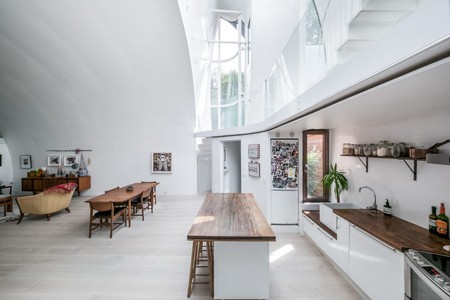 The challenge was to create light and lofty interiors that felt spacious, despite the constrained plot and little opportunity for conventional windows. The team at Undercurrent Architects resolved the issue by creating a slender and ecclesiastical-like three-storey atrium with sail-like glazing and roof lights that flood the centre of the property with daylight. 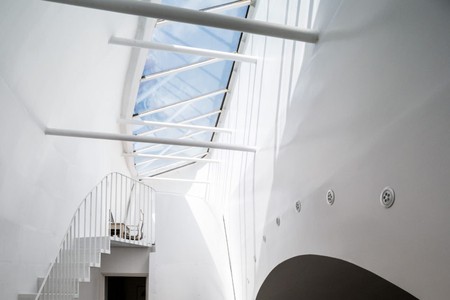 In addition, a series of slit-like openings and white walls bounce light around, making the cavernous archway appear bright and airy. Underneath the vault is a cosy living room with a mezzanine-level library and generous dining area. The house also contains two bedrooms, an office space and two bathrooms. 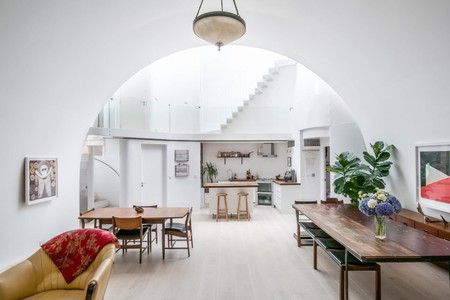 The Archway Studios project, which was completed in 2012, won the London Architecture Awards’ ‘House of the Year’ in 2013 for its inspired and thoughtful design. 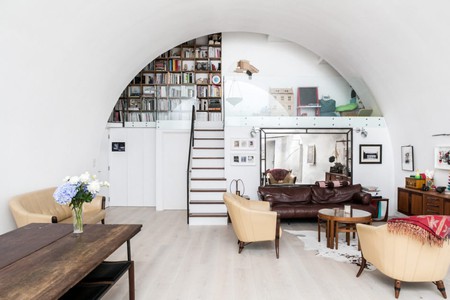 It’s an exemplary project that demonstrates how seemingly uninhabitable urban spaces across the city can be utilised, especially when space for housing is in such high demand. “As one of 10,000 arches that dissect neighbourhoods across London, it is a model that can be adapted for broad community benefit,” says the firm. 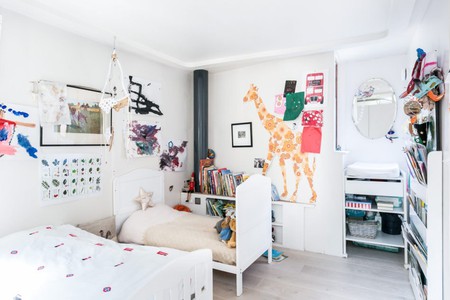 A one-off design like this costs a pretty penny, however. The house is now for sale through The Modern House and is on the market for £1,085,000. 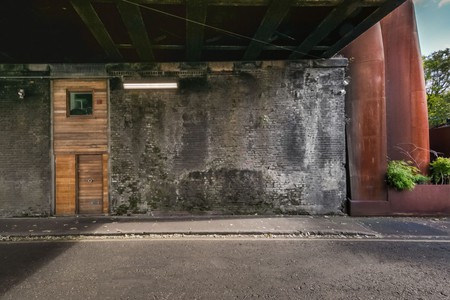 For more small-space properties, check out this Mercedes van that’s been transformed into a micro home and this live-work space that has been built in the countryside for just £20,000.