This London Label Is Bringing Australian Style to Europe 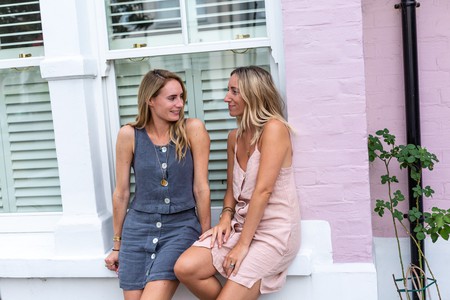 New London fashion label, Palmier, launched in July 2018 and has already proven to be a favourite among the style set, with bloggers Lucy Williams and Lindsey Holland wearing its designs. Culture Trip gets the first ever interview with the design duo.

There’s something exciting about discovering a new fashion label before the rest of the world, and that’s exactly how Culture Trip feels about Palmier. Launched just a month ago by Tessa Holladay and Chloe Regan, it’s set to become the brand on every London girl’s wishlist. 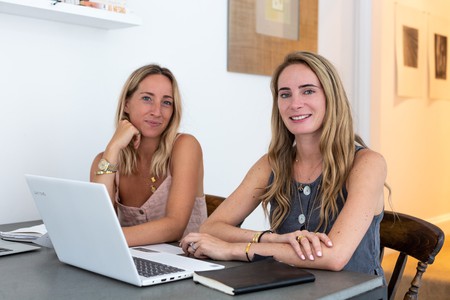 Holladay and Regan in their home office, West London | © Image courtesy of Palmier

Inspired by Australia’s relaxed, versatile approach to beach-to-city dressing but tired with the idea of waiting weeks for shipping, Holladay and Regan have brought the aesthetic to the UK and given it their own London-centric twist. “We only met a year ago,” Holladay says, “but we instantly recognised a shared love of Sydney-based labels like Posse and ST. AGNI. We were spending a fortune on shipping and import taxes or we were desperately trying to find the Zara equivalent. Our friends were having the same problem and this is what gave us the confidence that a brand like Palmier would work in the UK.”

The debut collection, which launched in July 2018, is comprised of eight linen pieces in a soft, dusky colour palette that’s easy to wear and reflects the designers’ personal style. “The Palmier girl is playful but stylish,” Regan says. “She wants to be ahead of the fashion game but not too avant garde in her choices. We’ve created something that she can dress up or down and that she feels equally as comfortable wearing at a rum bar in Barbados as she does to Annabel’s in West London.” 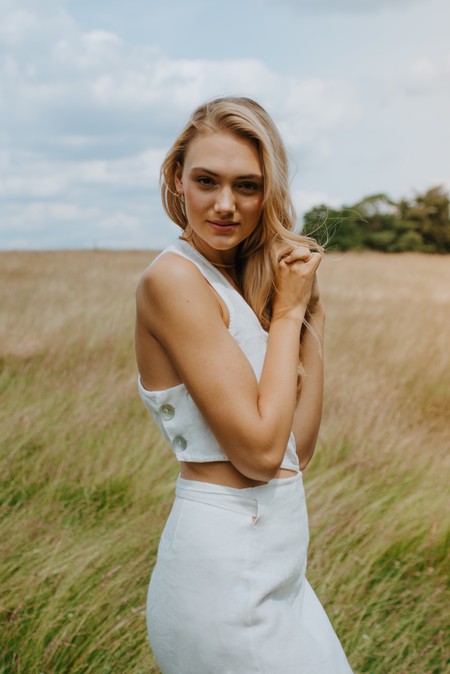 Quality of product is key to the design duo and they worked diligently to find the right fabric suppliers and factories. “Transparency in production is so important for us,” says Regan, an ex-brand manager for lingerie labels like Stella McCartney and Heidi Klum and a seasoned pro at working with manufacturers. “We spoke to about a hundred different companies before deciding on one based in Lithuania.”

“The woman who owns the factory is so lovely,” Holladay adds. “She really cares about what she’s making. We named the Aistė skirt after her as a thank you.” This naming process was applied to every piece in Palmier’s debut collection – a considered, personal touch. “It’s our way of celebrating the people who have helped us this past year,” Holladay says. “Whether it’s sisters acting as models or friends with photographer contacts, or our mums for their continued support.” 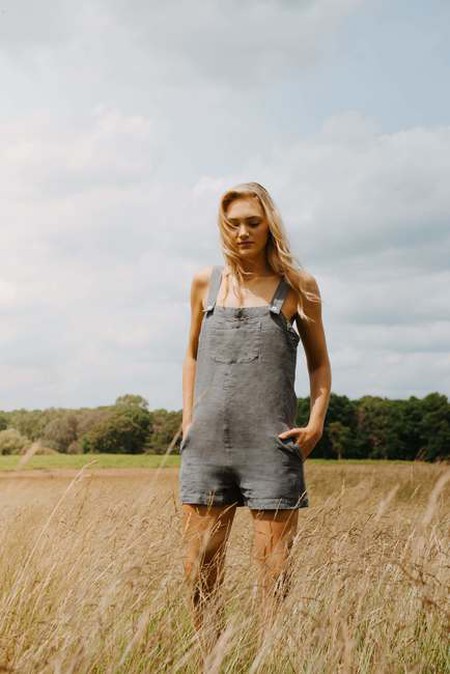 There is, of course, the Tessa playsuit and the Chloe dress, that are named after the founders themselves. “Those are the pieces that we really believed in,” Holladay explains, “but it’s been the Amanda top that has proven to be the most popular item so far.”

Perhaps it’s thanks to London-based blogger and editor Lucy Williams and her inclusion of the cross-back cropped design on her Instagram page, which at the time of writing has 357,000 followers. “It’s crazy to see our brand being worn by people we really admire,” Holladay says. “Chloe was on her honeymoon when Lucy posted that picture and our phones were going wild! We’ve had to order more from the factory.”

Holiday clothes at home this week 🌞💪🏼🔥

It’s testament to the power of social media and the ways in which small and emerging brands should be using it to launch. “For us it was crucial. The first thing we did was to contact bloggers and influencers who we thought would represent the brand well, but the collaborations had to feel natural – Lucy’s aesthetic, for example, fits in really well with our own.”

Now coming to the end of the summer, it’s time to cast thoughts ahead to autumn/winter designs. “We’re not going to just swap seasons because the rest of the industry is doing it,” Holladay says. “It seems crazy that the fashion calendar means it’s already time to start selling autumn/winter clothes in August. That’s not right for Palmier – we will make the change when it feels right.”

So what’s in store for the cooler months? “We’ll be experimenting with silk and creating pieces that can be styled with knitwear,” says Regan. “Keeping the Palmier aesthetic consistent is so important to us.”

To experience the brand for yourself, visit the Love Brands store, 170 Westbourne Grove, London W11 2RW between Monday, 13 August and Sunday, 19 August 2018.