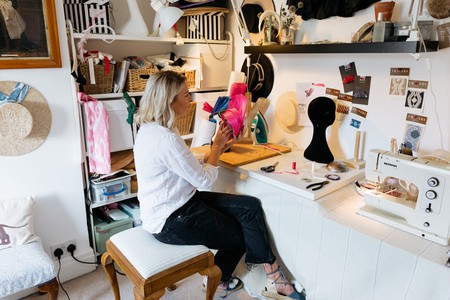 Sworn to secrecy until the day of the event, it’s not until now that British milliner Amy Kindred can share what it’s like to be a part of the royal wedding.

There’s no denying that Prince Harry and Meghan Markle’s upcoming nuptials have been one of 2018’s most talked about events, so for Amy Kindred of ak Millinery, being asked to design a hat for the occasion was the ultimate honour. Creating something completely bespoke that paid respect to tradition while remaining fashion-forward, the finished product is a work of art as much as an accessory. Culture Trip asks what it was like to be involved in such a prestigious event. 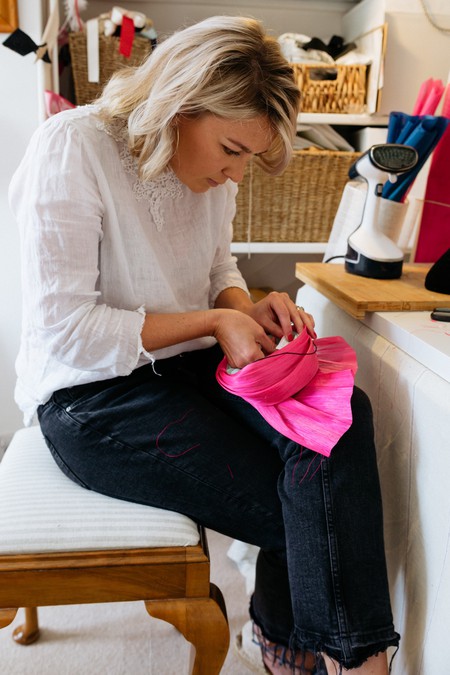 Culture Trip (CT): How far in advance did you find out about the commission for the royal wedding?

Amy Kindred (AK): I’ve only known for about a month, which means it was a very quick turnaround. Some people give me a year’s notice, but royal weddings get planned much more quickly than most, so I had to work fast.

CT: Was there a theme or rules to adhere to?

AK: I had free creative reign, which was great. I did a lot of research around this before I started designing because the client asked for a hat without a brim, which I wasn’t sure would be allowed. By royal wedding standards, Harry and Meghan’s day seems fairly relaxed, so there wasn’t any hard and fast guidelines.

CT: What about trends?

AK: I think hats without a brim are definitely a more fashion-focused option, and I expect a lot of guests this year will go for more sculptural pieces of art as opposed to something oversized. Philip Treacy has changed the way we look at smart hats: they don’t have to be huge to be considered formal any more. 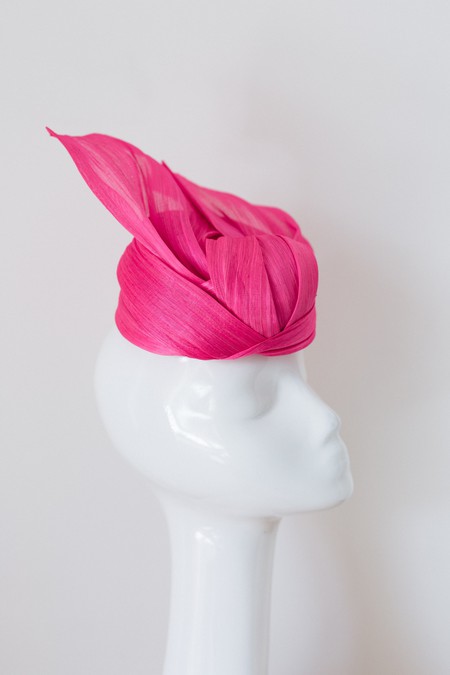 CT: Did you work with the client’s outfit, or did the hat dictate her look?

AK: In this instance, the client had already bought her dress, but some people ask advice on their entire look. It’s a daunting prospect for a lot of people, to dress for a wedding, and they trust my opinion on what works with the hats that I make. For this one, we picked out a colour from her dress and applied it to one of my signature silhouettes. It’s not a colour I’d usually choose to design in, but it works, and it’s been fun to create something different.

CT: How does the design process work?

AK: I always send inspiration and sketches to the client for them to approve before I start working on a mock-up. Initially, I had a very different design in mind – it was an oversized bow – but when I made the prototype in the bright colours that we’d agreed on, it just didn’t feel right. Sometimes I’ll spend five or six hours on something and then start again. In the end I went with a more sophisticated silhouette to tone down the overall look. I don’t usually add ribbons or detailing until the end because I like to keep these add-ons quite minimalist. The shape is always my main focus and I make sure I’m happy with that as opposed to disguising it with extras.

CT: Has the fact that you’ve had to keep it a secret changed your creative process?

AK: I think it’s actually made it more exciting. I don’t usually share images of the hats in progress on my social media channels because people want to do the big reveal themselves on the day, but it does feel a bit like you’re in on a secret. 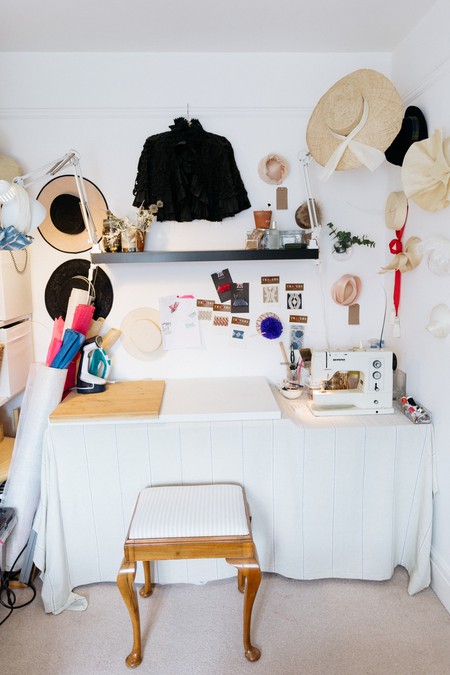 CT: What particular techniques did you use?

AK: The majority of what I do is freehand forming using a combination of steam and water. I’ve got a range of specialist blocks that I use and I mould and manipulate the silk to create the shape. It takes about three solid days as you have to allow for setting time and things never dry quite as you intended. There’s a lot of perfecting needed. I line all of my creations by hand using my bespoke printed silk – that’s my signature.

CT: What’s the best thing about taking a bespoke approach to design?

CT: What, to you, makes a hat special?

AK: Uniqueness. To stand out, I think a hat has got to be something out of the ordinary.

CT: Do you think there is any one particularly iconic wedding guest hat?

AK: It was Philip Treacy who first inspired me with the piece which featured a crown of suspended butterflies around the head like a halo. It’s just incredible and as much a piece of art as it is an accessory. 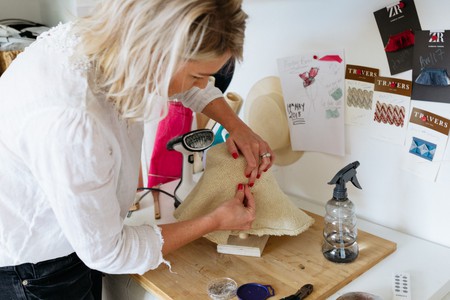 You may also like: The Royal Wedding Traditions You Need to Know

CT: How do you see the royal wedding impacting the millinery world?

AK: The fact that every female guest will be wearing a hat is bound to have an effect on people’s perceptions and awareness. Currently, millinery is so sparse and the high-profile designers charge thousands per design, which people simply can’t afford. High-street retailers have already started introducing more headwear into their occasionwear collections this year though, which I hope will encourage a younger generation to embrace the look and realise that they can be fashionable. I think the wedding will instil confidence in people.

CT: Who would you love to design a hat for?

AK: Victoria Beckham. She’s a constant source of inspiration for me. Or the Queen – she must have worn countless hats over the years and she has a bespoke design made for every occasion, so I guess it would either be the queen of fashion or the Queen of England.