This Is What Happens When the Queen Dies 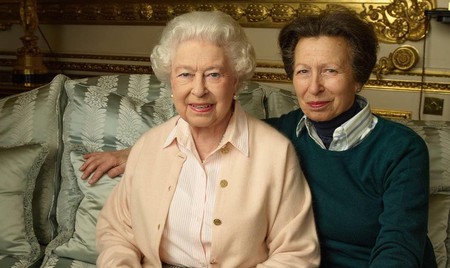 ‘London Bridge is Down.’ Those are the words the British Prime Minister will hear when Her Majesty, Queen Elizabeth II dies.

With all the drama concerning Prince Philip’s retirement, and with The Crown not winning a single relevant Bafta TV Award, it’s safe to say that the welfare of one of the UK’s most respected, revered and celebrated sovereigns is a cause for concern – she is 92 after all, it’s only natural that people will start thinking ‘what actually does happen when the Queen dies?’, right?

Whilst many of us would not like to think of such morbid things, the tough moral of the 92-year-old story is that it is coming – so here’s what will actually happen when Her Maj joins all the other monarchs in the sky.

As soon as the Queen’s death is announced there will be a 12-day mourning period. The scale of a reigning monarch’s death is enormous, so big in fact that it sends shockwaves throughout the entire country – from television schedules to the finance industry and economy, the city of London’s stock markets and the nation’s banks.

How and when will we find out?

It all depends on the circumstances of Her Majesty’s death.

Say for example, she were suffering from some kind of illness (much like her father), there will already be a well-thought-out plan devised by the Palace and her most senior government officials.

If you didn’t know, British citizens must fork out a few bob for a television licence each year, so this means all BBC channels will show the live BBC broadcast announcing Elizabeth II’s death at precisely 8am in the morning. All comedy shows will be cancelled and will not resume until after her funeral.

However, if the Queen dies, like Princess Diana, in a public place, the Palace will have little or no control over the news spreading across social media.

As heir apparent, when his mother does die, Prince Charles will be proclaimed King Charles III (unless he decides to change his regnal name).

On this announcement, there will be major changes: the words to the National Anthem will change (God Save The Queen, will suddenly become God Save The King), new currency will be minted to honour Charles’s accession and new stamps will be printed.

Once the royals are in place, MPs will then pledge their allegiance to the new monarch at parliament.

The funeral and burial…

The Queen’s body will ‘lie in state’ in public viewing at Westminster Hall for 23 hours a day until her funeral.

When her coffin arrives, her death will be marked by a short ceremony, after which mourners will be able to pay their respects.

How many will visit her is unknown, but it will likely exceed the 200,000 people who lined up to bid her mother farewell back in 2002. 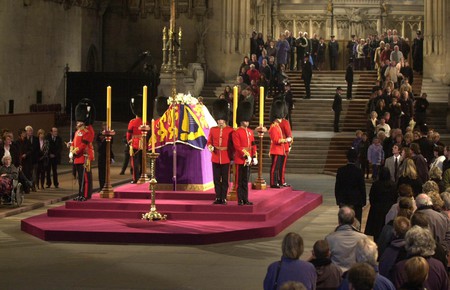 The actual funeral will take place 12 days after Her Majesty’s death and will be broadcast live on television.

Leaders and heads of state from all over the world will watch on as the Archbishop of Canterbury, perhaps still Justin Welby, leads the state procession from the Palace of Westminster to Westminster Abbey.

Following the funeral, the Queen will be buried. As to where, we do not know. But it’s likely she could be buried in a plot next to her father, King George VI at the St. George’s Chapel in Windsor. Other locations include her own personal estates, Balmoral or Sandringham.

A date will then be set for Prince Charles’ coronation ceremony, which will take place at Westminster Abbey.

Want to know more about the Queen? This is what she eats everyday!

And if you fancy going on a royal walking tour of London, check out the awesome map below! 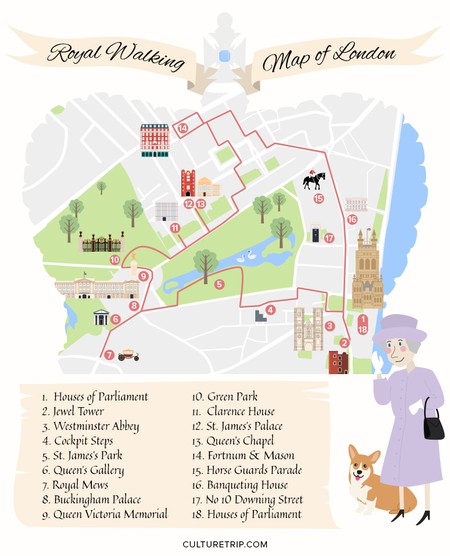