Series seven of The Great British Bake Off has seen plenty of raw emotion and raw dough, and it’s only episode 3. But Food Editor Andrew Webb thinks it’s all part of a cunning plan.

Blimey Bake Off’s gone brutal this season. In the past we’ve seen things ‘under baked’ or ‘under proved’ but seldom has so much raw dough been seen as in series seven’s third episode: bread week.

And it’s not just a one off, three weeks in and there have been some real hard challenges and disasters. Remember at the start of this current run they talked about getting back to basics? Well that wasn’t just for the first episode, I think it’s for the whole series.

But here’s why this is a good thing. It stops the grandstanding. In recent years bakes have got bigger, better and higher. It was only a matter of time before someone made a life sized Taj Mahal out of naans or the pie from Joffrey’s wedding featuring live doves. The bakes were edging towards being more about theatre, story, size, and what in French call Pièce montée.

Val’s version of Noah’s Ark seems to be missing some key elements of the story. 🐘🐦 #GBBO pic.twitter.com/xTc0cIbJ2J

What Love Productions have done is hit the reset button, cutting the time bakers have to make their bakes means that they have to scale it back to something simpler, something potentially achievable for the rest of us at home. Witness the mess of gingerbread week last week. Of course the other reason for doing this, is it makes for great car crash telly. 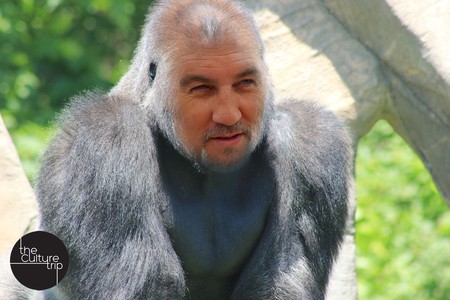 Bread week was always going to be a tough week with the #SilverbackOfSourdough prowling the tent, but I don’t think it’s a one off. This seems to be the toughest series yet in terms of time and what they have to do. Paul had five hours for his famous lion showstopper, this year, they only had four. Of course there is another theory, maybe that the class of 2016 just aren’t a vintage year? What do you think? Tell us in the comments below. Bring on batter week…