This Is the Best Place in London to Find Love 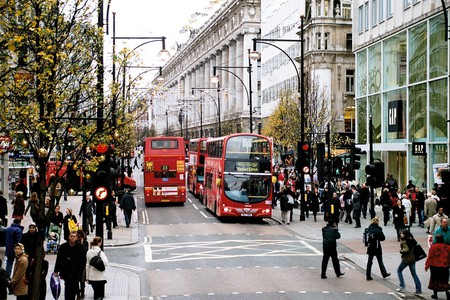 The most popular place in London to find love | © Wikimedia Commons

If you’re on the lookout for love, new research has revealed the specific places in London to find it, with Oxford Street taking top spot.

New research from dating app Badoo showed that Oxford Street was the most likely place in London for someone to find a new partner, and with over 3.5 million shoppers visiting it every week (as well as daily commuters) it’s understandable why such a bustling area could top the list. In many ways these statistics come down to a simple matter of probability, with more people in the area than other places in London, the chances of physically bumping into someone dreamy or catching eyes with a handsome stranger is very likely.

The research uncovered other hotspots for finding love in London. They included Westfield, London Waterloo and The O2, which is not a total shock considering these are the prime spots where hundreds of people pass through every day. Once again the likelihood of getting chatting to someone new is much higher than other less populated areas. 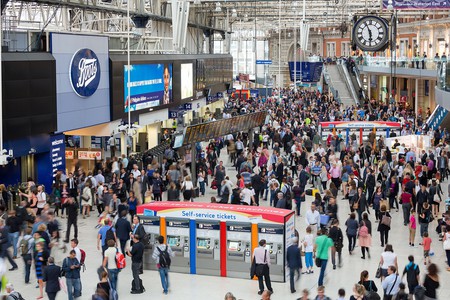 However, the data also revealed a slightly more surprising addition to the list… IKEA. The popular Swedish homestore ranks extremely high on the list on where to find love in London.

Badoo’s dating expert Abbie Moujaes interestingly argues that ‘it’s no surprise that IKEA is on the list of ‘hot spots’. Most flat pack furniture requires ‘two people’ to assemble, so it’s only natural you’d be on the lookout for someone.’

Getting to the nitty gritty, the data even dives into specific roads in the capital that are more popular with singletons on the hunt for that special someone, naming these as some of the most popular roads in London to find love:

Perhaps because it bridges the gap between two of the most popular spots in central London, Tottenham Court Road and Leicester Square, Frith Street ranks high. The street sees thousands of people passing through every day and also draws in visitors with its excellent eateries including the likes of Hoppers and Ceviche.

One of the most luxurious roads in the city, King’s Road boasts designer shops and sophisticated eateries, so no doubt anyone looking for love will find a handsome and well-dressed stranger in this part of the city.

It’s no surprise that this hipster hotspot is near the top of the list, being a bustling area that’s packed full of alternative and independent shops and food spots. So many different characters inhabit Shoreditch, so in terms of finding the ideal date, there really is someone for everyone.

Clapham is one of the city’s most popular areas to live in, proving a hit in particular with young adults in their 20s and 30s. It’s understandable then that the area’s social hotspot, Clapham High Street, was ranked one of the best places to meet someone in the city.

London also ranked as the number one city for UK singletons, with a staggering 245 million matches having been made in the city on the dating app – almost three times as many as the next closest city! Following behind the capital was Manchester (with 94 million matches), then Glasgow (with 82 million matches) and Leeds (with 65 million matches). In many ways, it’s no surprise that bustling cities have a higher proportion of matches, due to how heavily populated they are compared to more sparse rural areas.

If you’re a single Londoner looking for someone to sweep you off your feet, new research suggests that heading down to Oxford Street can only work in your favour.