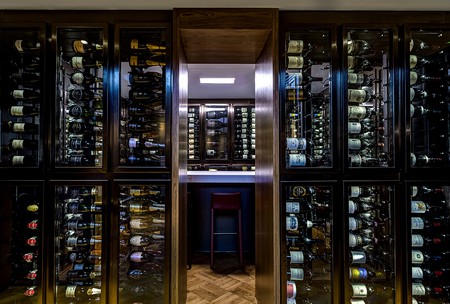 The number-one wine list in London has just been announced, and we had to check it out.

London’s Pall Mall and the surrounding streets are known for their highbrow traditional clubs. These historic institutions like Brooks, The Athenaeum, The Reform Club have been around for centuries. Slightly newer, however, is 67 Pall Mall, a private members’ club for wine lovers that opened in 2016.

The club has just been named as having the best wine offering in London on WineListConfidential.com, the wine-list rating service from the team behind leading international drinks trade publication, The Drinks Business. Flushed with success, Culture Trip was given rare access (a jacket is, of course, obligatory) to the club, which is housed in a former West End branch of Hambros Bank; the underground vault is now stocked not diamonds or bonds, but bottles and cases of wine. 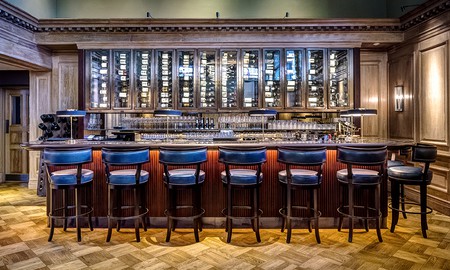 With a score of 95.4 out of 100 from Wine List Confidential, 67 Pall Mall beat the likes of Mayfair’s The Greenhouse (94.2) – widely believed to have London’s largest selection of wines – and Jason Atherton’s Social Wine and Tapas in Marylebone (93.6). Darren Smith, editor of Wine List Confidential, praised the ‘amazing diversity and depth’ of the collection and dubbed the team of 10 full-time sommeliers ‘possibly the best in London’. A section of ‘Sommelier’s Recommendations’ presents an ever-evolving list of the team’s favourite wines.

Poured without removing the cork

In addition to the 19,000 bottles, there are a massive 500 wines available by the glass, including a Château Latour 1961, Harlan Estate 1997 and Sassicaia 1985, which are available thanks to the innovative Coravin technology system that lets you pour a glass of wine without removing the cork.

There’s one tiny snag: as egalitarian as 67 Pall Mall is, it is still a private members’ club, and any potential candidates require a proposer and seconder from within the club’s existing membership.