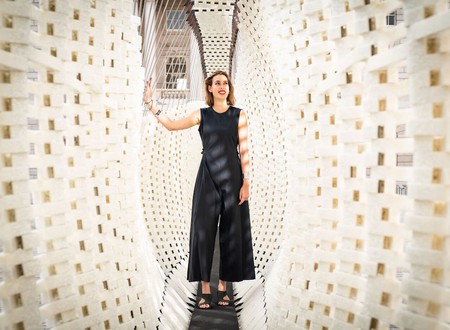 Designer Nassia Inglessis with her installation from Greece at London Design Biennale 2018, which takes over the entirety of Somerset House in London. | © JNVisuals

Greek designer and engineer Nassia Inglessis talks to Culture Trip about the new work from Studio INI, currently occupying the courtyard at Somerset House as part of the London Design Biennale.

Responding to the overall theme ‘Emotional States’, the designer and engineer, based between London and Athens, represented Greece at the London Design Biennale by producing a new work entitled Disobedience (or ΑΝΥΠΑΚΟΗ).

The structure is made from a new configuration of steel, twisted into reactive rods alongside recycled plastic HTP. Audiences are invited to traverse through a seemingly static wall and while walking through the tunnel, the all-natural structure bends and responds to the individual’s body. This in-built, naturally-responsive material is what Inglessis refers to as Augmented Materiality — A.I technology built into the physical objects rather than overlaid on top or used to replace it altogether.

Disobedience brings the idea of augmented materiality to the forefront of the public design conversation while also reflecting on both the physical and emotional states of humans, especially as this pertains to the Greek political landscape. 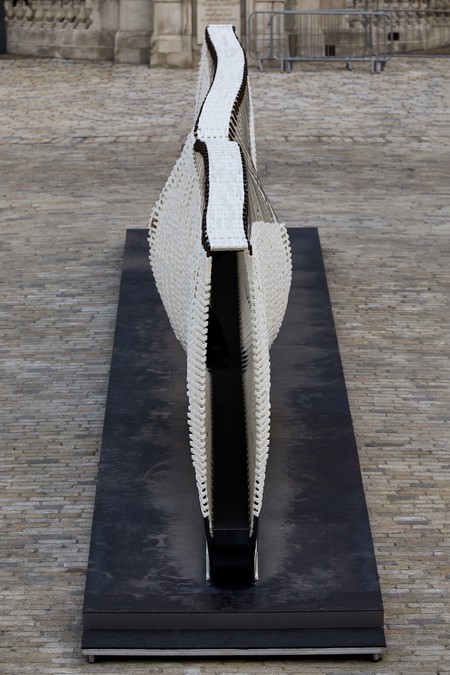 “Our buildings and bridges are very much static in contrast to the digital realm”, is Inglessis’s explanation of the brief. “I decided to create a piece which disobeyed the notion that design and architecture were static, using the archetype of the form of the wall to present this as a permeable and flexible boundary, and disobey what we think of as being fixed.”

In this latest work, the idea was “to create a dialogue between bodies of visitors and their movement as the wall undulates around them.” The seemingly solid and marble-esque wall parts and moves — surprising visitors who pass through the structure. Audiences are expected to experience an amplification of their feelings and movement but each journey through the wall is unique.

“Physical design creates barriers to our natural environment. It still can be made more adaptable, more flexible and, of course, in a more social context the idea of transgressing and flexing boundaries. Through disobedience you can find the space for something new, even within a wall. It creates your own space within the constraints around you.” 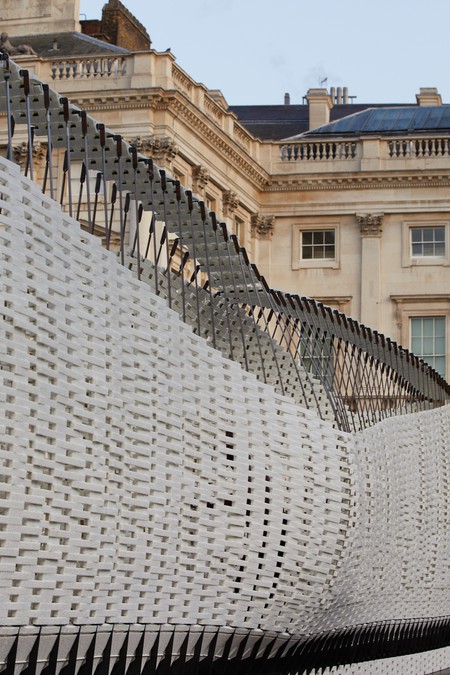 It is fitting that Nassia choose the word ‘disobedience’ for her work. The idea of transgression has been rooted in the Greek national consciousness since the stories of Icarus and Prometheus. It was these original challenges to the status quo which provided an interesting starting point for Inglessis. Yet she is keen to stress that disobedience must exist in a positive and constructive space. “Disobedience has been experienced in a negative way because of anarchy”, Inglessis explains — nodding to more recent Greek history—,“but I have witnessed the great energy of disobedience with a notion of creation.”

The project itself proved to be an exercise in creative disobedience. When faced with a ‘no-can-do’ attitude towards the complexity of this new idea in the UK, Nassia turned to Athens. “Going to Athens I discovered people, engineers and fabricators, who saw the challenge and said, “Why not, let’s try it, let’s see!”

While London may be a locus for creative communities and enjoy a more robust creative economy, a innovative and experimental spirit is tangible in the Greek capital. It is a feeling that exists alongside, and in spite of, the complex political and social landscape the country is experiencing in the wake of years of austerity. 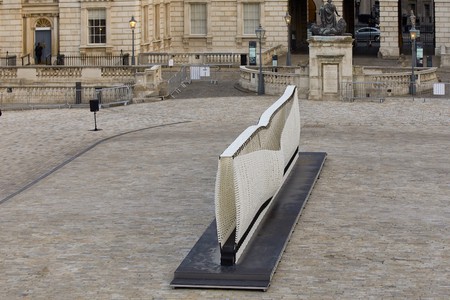 Nassia said: “I see energy in Athens’s creative community. There’s a frustration to change things and an excitement to break the rules. But with the notion to discover and to create something new.”

This disobedient approach not only proved fundamental in realising Nassia’s ambitious vision, but also one that has the potential to form the roots of a dynamic new Greece. “On a more social and economic and political scale, that’s the energy that we should be harnessing. The notion of status is a challenging one, finding trust in the government is challenging. The public is frustrated with how things are and that brings about disobedience. But it has to be done with a view to proposing something different.”

Nassia is optimistic about the ability to leverage the energy in Athens moving forward. “When you do call [on the city] you see how these maverick, talented, geniuses of people, who are used to working individually, can come together.” Looking ahead, Nassia is hoping to open a multidisciplinary space in central Athens where creatives can come together and solidify the community. While there are a collection of dynamic independent spaces in the city, such a central creative point would undoubtedly be beneficial for energising and coalescing a community.

Meanwhile in London, by inviting visitors to break with existing notions of boundaries and static objects within design, Nassia recreates this same spirit of creative disobedience for audiences during the experience of walking through the piece. The idea of what is possible is recalibrated at the most fundamental, physical level.

Sparking the imagination and pushing the confines of what’s possible in ‘real’ life through augmented materiality sets an exciting precedent not only in the design world, but in the future of cities more generally. Inglessis says that she feels “a future of living inside a headset is a bit dystopian”, adding that thanks to digital advancements the potential for developing reality is enormous. The challenge is that while the advancements in technology have driven radical new era, there’s a frustration that the physical world is being left behind. 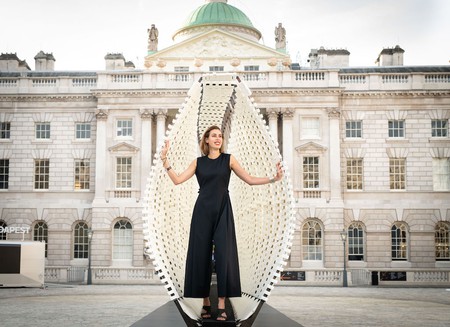 EDITORIAL USE ONLY Designer Nassia Inglessis with her installation from Greece at London Design Biennale 2018, which takes over the entirety of Somerset House in London. PRESS ASSOCIATION Photo. Picture date: Monday September 3, 2018. Building on the success of the inaugural 2016 event, this year’s Biennale is devoted to the theme Emotional States, and will explore big questions and ideas about sustainability, migration, pollution, energy, cities, and social equality. More than 40 countries, cities and territories from six continents will exhibit their installations until September 23rd. Photo credit should read: John Nguyen/PA Wire | John Nguyen/PA Wire | © Flint PR

“Right now anything we’ve built specifically has to be demolished to be replaced. They can’t adapt, it can’t evolve.” She stresses the desire to “make our ‘real reality’ more responsive, to be more symbiotic to our natural environment.”

While the technology may be there, Nassia concedes that realising reflexive and responsive cities on a large scale would be ambitious. Elements as fundamental as gravity and the natural elements pose serious challenges to how cities that are augmented materiality-led could evolve. And far from starting from scratch, any new vision for a city would have to integrate with the existing structural dynamic.

And even if design were to overcome all of these natural hurdles, it’s not guaranteed that societies will choose to create more reflexive physical cities in the future. The offer of a virtual reality may prove far more seductive.

“If the easier route is to go towards the simulated and the intangible, then in progressing and pushing the physical boundaries our physical design might fall behind”, Nassia muses, thinking about the future of augmented materiality. “I do feel optimistic, but also sceptical. It depends on which trajectory we choose.”