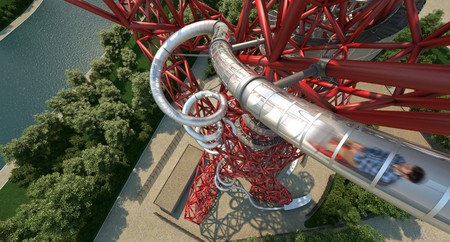 Lie down. Keep your elbows in. Head to chest. Knees slightly bent. Hold on tight. Just don’t blink or you’ll miss it. The newest attraction to grace London, is the world’s longest and tallest tunnel slide, warped through the ArcelorMittal Orbit in the Queen Elizabeth Olympic Park. Making your way through the gentle curves, coming face to face with thrilling drops and becoming disoriented by the tight corkscrew known as the bettfeder (‘bedspring’ in German) should be on your to-do list this summer.

Once you’ve made your way to the top of the ArcelorMittal Orbit onto the highest of the two viewing platforms, you are introduced to breathtaking views of London – spanning up to 20 miles across the city. Surrounded by mirrors that distort the horizon, there is something truly remarkable about the structure that is felt when standing 80 metres above the ground. However, it’s the descent down the structure from the lower platform that has made the opening on 24 June 2016 a highly anticipated one. 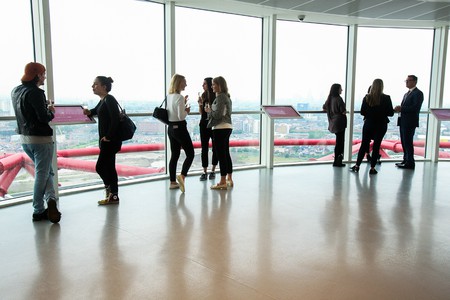 ‘It’s amazing and it’s exhilarating. I think it’s even more exciting than we imagined it would be when we started this project. It’s certainly extreme – it’s not a nice little slide that gently brings you down to ground level. This is something for thrill seekers and art lovers. If there’s a venn diagram that crosses over the two, then this is for you.’ 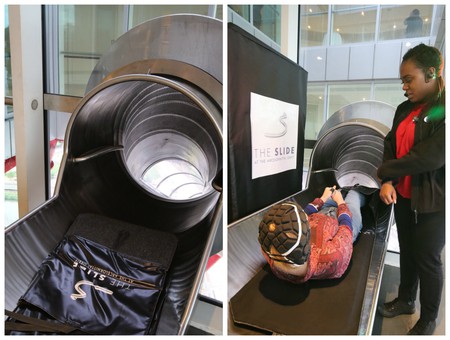 On the lower viewing platform (76 metres above the ground), you will be given elbow pads and a head guard to make you look like you are prepared for absolutely anything. When you’re ready – and looking hot to trot – slip onto your specially designed mat and slide your feet into the bag; hold on tight and attempt to remember the instructions you are told. Elbows in. Head tucked in. Hold on tight. Lay down. ‘When you’re ready, using your left hand pull yourself down…’

For any thrill seeker, knowing the 178m long slide starts with a quick drop could without a doubt make you slightly nervous, but once you’ve started your descent there’s no going back. This 40 second descent seems like it takes a while when you are watching from above, but when you are in the slide it will be over in the blink of an eye. 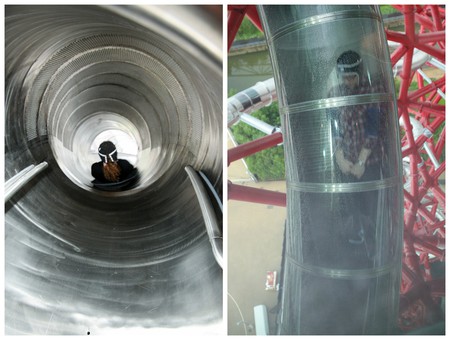 You will come face to face with dark sections and light sections, sections that spin you one way in a corkscrew, before whipping you in the opposite direction. Coming across the lighter sections, a glass panel appears above your head briefly, and granted you look up, you will get a view of London (although easily disoriented, it’s okay if you can’t work out what it was you saw). Throughout the descent you will be faced with 12 twists, and turns that will have you sliding at 15 mph; this brand new slide will have your hair raised as you drop to the ground. Ending with a 50 metre straight run to the ground, your speed will accelerate into the light where we guarantee who will come out with either a smile on your face ready to go again, or you will be disoriented trying to work out how you reached the ground.

This unique collaboration between two of Europe’s leading contemporary artists, the creator of the ArcelorMittal Orbit Anish Kapoor, and the Belgian artist Carsten Höller, combines both delight and madness as you wind through the structure. The iconic red sculpture, built in 2009, is the UK’s tallest sculpture standing at 114.5 metres in height; 22m taller than the Statue of Liberty and six times the height of the Angel of the North. 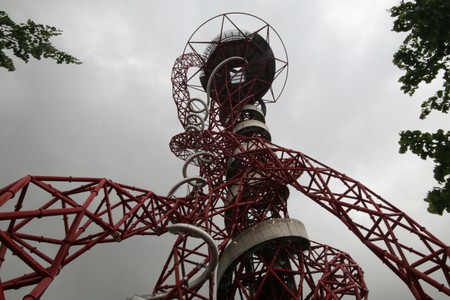 ‘But particularly as with the ArcelorMittal Orbit in the beginning it was all about doing something that’s not traditional, something that isn’t a symmetrical tower, something that just doesn’t go up. The Orbit is never the same which way you look at it. And the slide is similar […] What they’ve done, as you can see is take this position from the lower platform, goes out in one direction, corkscrews around for a while then lurches off into a different direction – not symmetrical, not the expected. Something quite extraordinary.’ – Peter Tudor 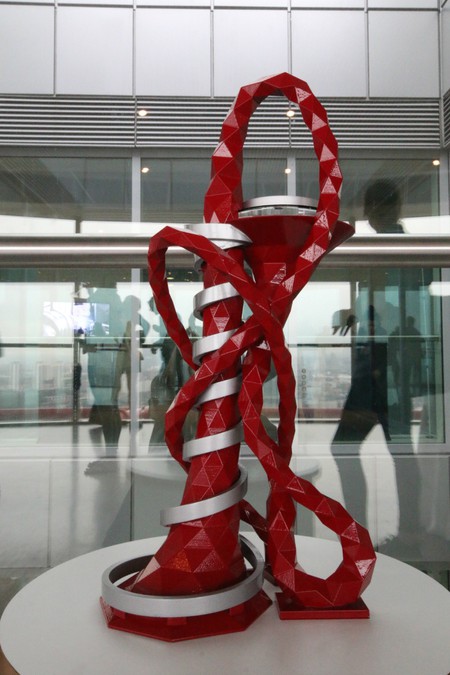 Sculpture of The Slide at ArcelorMittal Orbit | © Ellie Griffiths

Winding its way through the structure is a 350m long staircase containing 455 steps, which, if you decide to enjoy the 12 minute walk to the ground rather than the slide, you will be immersed into the sounds of London.

The intricate twisting of the slide travels through 30 sections of the ArcelorMittal’s steel structure, each section measuring between five and seven metres in length. Unlike other commissions, The Slide was put together by a specialist team of abseilers who spent nine weeks installing each individual piece of the slide by ropes and pulleys. Impressive! 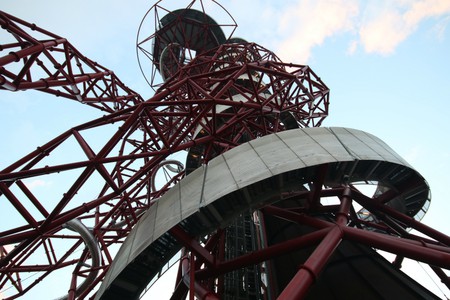 With the expansion of the Queen Elizabeth Olympic Park over the next few years, visitors are encouraged to not only visit the world famous sporting venues, but are invited to enjoy an array of beautiful parklands and waterways surrounding. Talking to Tudor he stated proudly ‘we’re four years on from the Games, the legacy is definitely alive and well here, but it’s got lots of other interesting places to go’. And now encouraging a new audience of thrill seekers to venture to East London, The Slide is just the beginning of what is yet to come.