The Underground London Bar That Transports You to a Bygone Era 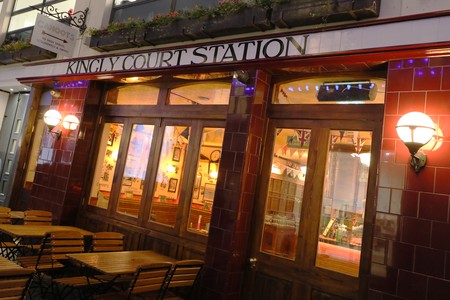 Cahoots in London’s Soho has expanded operations to a location opposite its popular ‘Underground’ late-night spot. Visitors to the retro-themed bar can now experience what it’s really like to step back in time and taste a slice of history.

Soho isn’t short on drinking spots. There are plenty of bars spread across this trendy part of central London, but there’s something special about how Cahoots fully commits to its theme. Cahoots Underground opened in 2015 and has become a popular bar that is pitched as an air raid shelter from World War II that has remained untouched in the decades since. There’s a train carriage in the “abandoned” station and plenty of time-appropriate trinkets and paraphernalia carefully placed around the venue. 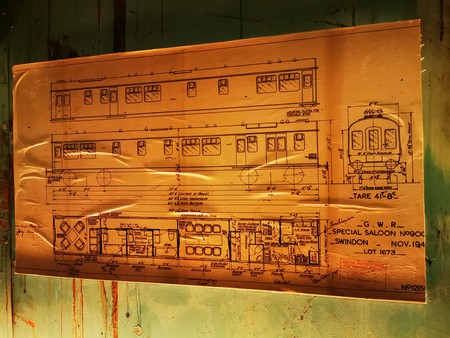 Cahoots makes full use of its Underground theme | © Culture Trip

The concept clearly works, with queues making walk-ins difficult to come by if you’re after a spur of the moment drink or two. Thankfully, Cahoots has now expanded to a new venue, and it’s only a few footsteps away from the original.

Charlie Gilkes, co-founder of Inception Group, the company behind Cahoots, says, “Building on the great success of the original Cahoots, we are so excited to be opening the Ticket Hall & Control Room next door, and look forward to welcoming guests into this 1940s-inspired train station-themed cocktail bar with lots of new immersive experiences and surprises in store.” 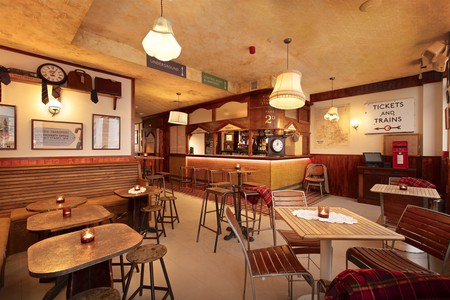 If you make the journey from Cahoots Underground to Kingly Court Station – a fictitious destination on a trip that takes less time to complete than going from Covent Garden Station to Piccadilly Circus – you’ll find yourself in the vibrant Ticket Hall-inspired bar.

The overground bar is perfect for the supposed scoundrels at Cahoots to run their boozy side hustle. Vintage train schedules, phone booths and ticket machines take you back to the 1940s, with details like tobacco-stained ceilings making it all feel very real. 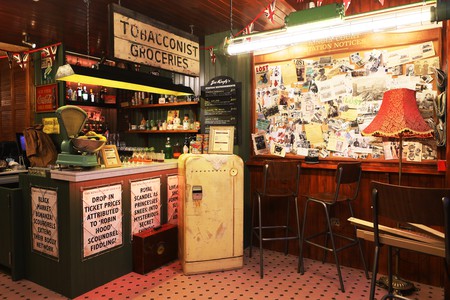 One of the big changes at the new Cahoots venue is the food menu. Divided into traditional British and American fare from the ’40s, you can choose from dishes such as fish finger sandwiches, chicken and waffles and sloppy joe buns. There’s also an all new cocktail line-up which includes a fancy Vera Lynn concoction and the stoic Winston Churchill tipple. 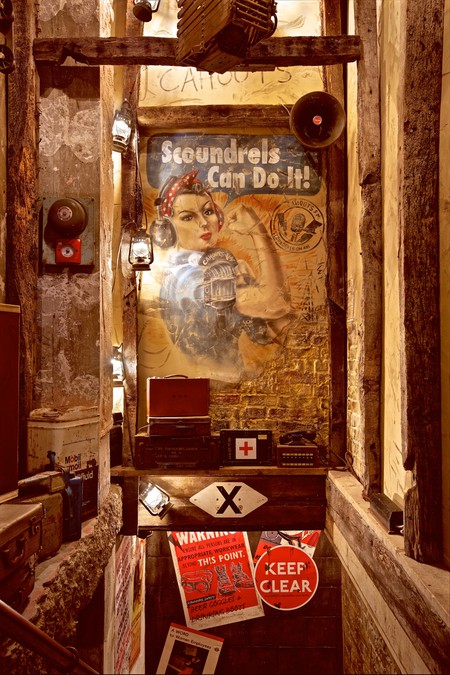 Heading down through a makeshift mine shaft – another layer of theatrics – you enter the Control Room area. Unlike the overground portion of Cahoots, this area requires reservations in advance but is well worth the effort.

Flashing lights adorn the walls and cosy booths are available for those looking for a more intimate experience. Exclusive highlights from the menu down here are the elaborate Dewars, Amontillado and rhubarb sherbet mixture called the Knob Twiddler, which is presented in a retro radio box that you have to “tune” to find the right frequency. It’s a show-stopper that fits in perfectly with the aesthetic of Cahoots. Another tempting cocktail is the Suspicious Activity. This ‘illicit’ drink is topped with an edible mint ice ball served out of a discreet waiter’s trench coat. 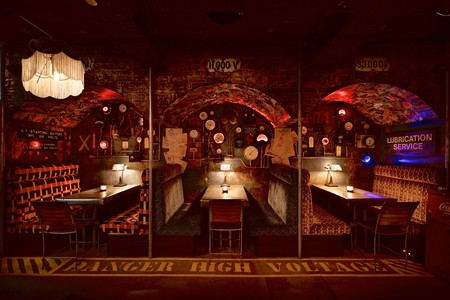 The Control Room also serves as an event space. There’s live music and planned quiz nights as well as the enticing sounding ‘Cahooch’ cocktail-making masterclass. True to form, there are neat touches and intricate details everywhere you look: think discarded suitcases and industrial-looking cogs and gages.

The Ticket Hall is open every day, with the Control Room taking reservations from Monday to Saturday.