The Ultimate Guide: How To Spend 4 Days in London 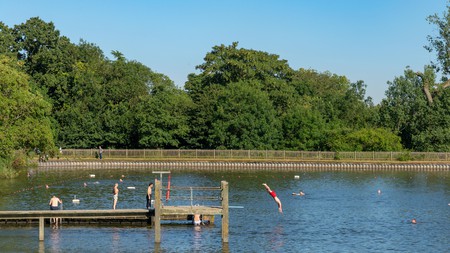 Skip the tourist traps of central London, and get to know the best of the North, South, East and West in this comprehensive four-day itinerary.

It takes a lifetime to learn a city. Getting a real feel for a place is hard to do in any space of time – especially when you want to cut through the tourist trail and capture some hint of the locals’ day-to-day lives. So with London, if you’re only afforded four days, you should be looking to target the best of the best in the time you’re here. You can see Trafalgar Square and Big Ben on a postcard and get much of the same experience; but with enough dedication, you can go through North, South, East and West London, and see what London is really about. 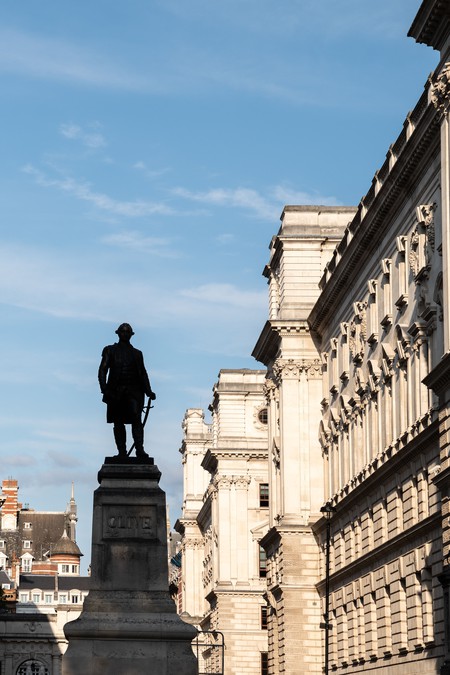 London’s historic centre is world-renowned, but head instead to its outer districts for a true feel for the city | © selimaksan/Getty Images

Start your first day in London with a walk along the beautiful Hampstead Heath, high above the rest of the city. This enormous stretch of land has been preserved and adored for centuries, beguiling Londoners with its unparalleled views of the city centre – everyone from William Wordsworth to Karl Marx have written of their love for the Heath. Once you’re sufficiently tired out, or should the weather turn (as it is known to do), there are plenty of lovely, quaint pubs dotted around the Heath’s perimeter; the Spaniards Inn, which has stood since 1585, is unmissable. 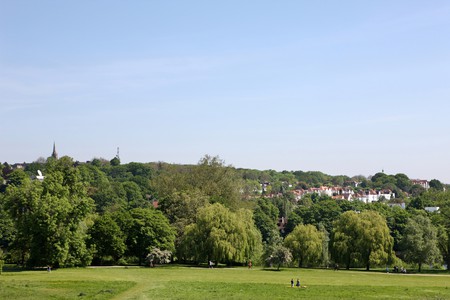 Two of British football’s most storied clubs, Arsenal and Tottenham Hotspur – bitter rivals for over a century – also happen to play in two of the city’s best stadiums. Arsenal’s ground, the Emirates Stadium, is a temple to the 13-time league winners, adorned with the faces and kits of club legends at every point you could care to look. Tottenham Hotspur’s ground, however, is as state-of-the-art as any stadium on the planet right now. Opening only in April 2019, this billion-pound behemoth has been built not just with Tottenham in mind, but also the NFL; indeed, the football pitch retracts when it isn’t needed, revealing a synthetic turf pitch especially designed for American football. 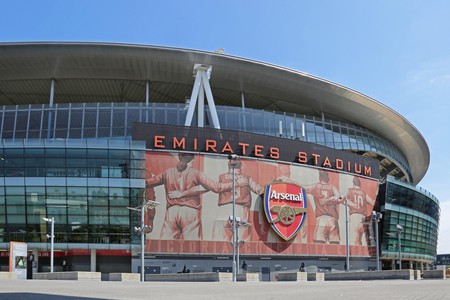 Arsenal is one of Europe’s biggest football clubs – but their stadium might have been outshined by their noisy neighbours, Tottenham Hotspur | © Simon Turner / Alamy Stock Photo

Tom Brown’s hip Hackney restaurant, Cornerstone, is about as good a representation of modern British seafood cookery as you’re likely to find in the UK right now. A protégé of Nathan Outlaw, who himself is arguably the best fish chef outside of Japan, Brown has gone his own way with Cornerstone, with a daily-changing menu attuned to the very best of the sea at any given moment. His crab crumpet already has its own cult following, and the rest of his repertoire never ceases to impress, so book ahead if you want to find out what the fuss is about.

Hidden away in Lambeth, and a decidedly different experience to any other museum of its kind in the city, the Imperial War Museum is unflinching in its display of the horrors and tragedy of warfare. Moving from room to room, the instruments not just of war, but of propaganda, disinformation and resistance are there to be experienced – from stones taken from the remnants of Palmyra, destroyed by ISIS in 2015, to secret recording equipment used by the Stasi to monitor East German citizens. 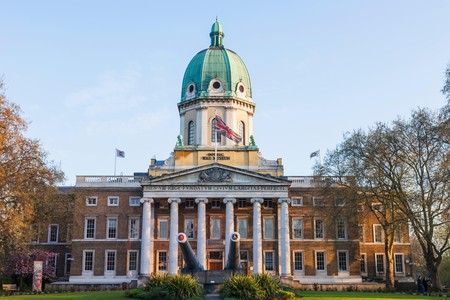 Brixton is the heart of London’s Afro-Caribbean community and has been so for over 50 years; at its centre, the ever-lively Brixton Market, which now boasts not just Jamaican fare, but a whole host of cuisines. Stop by the original Franco Manca, split between the two sides of the indoor market, if you want sharp sourdough pizzas and wine by the cupful. A few doors down, you’ll find one of the city’s best kept secrets: Casa Morita, a bijou Mexican bolthole that serves the city’s best tacos by some considerable distance. 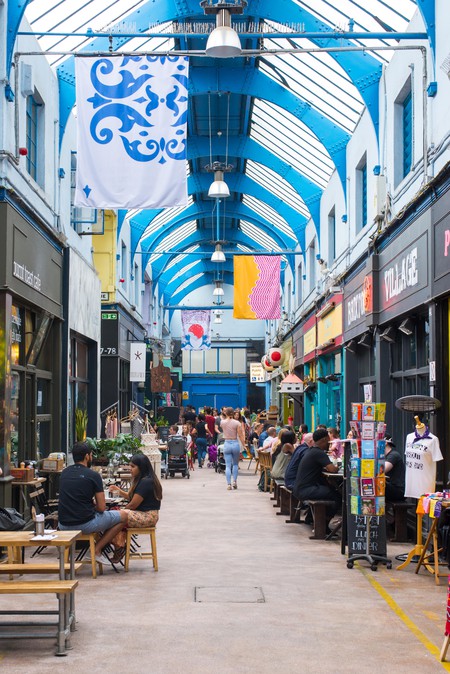 A perennial contender for London’s coolest bar, Frank’s Cafe in Peckham – situated on top of a multi-storey car park – is the very best place to start your night when you’re south-of-the-river (in the summer months only). With a cocktail menu very much on-trend (think Negronis, Pimm’s and Aperol Spritzes), and well-dressed clientele, you are guaranteed to feel a little bit like you’re at the party everybody wants to be at. You may have to queue though – unless you’ve got an insider who can wave you through the barricades. 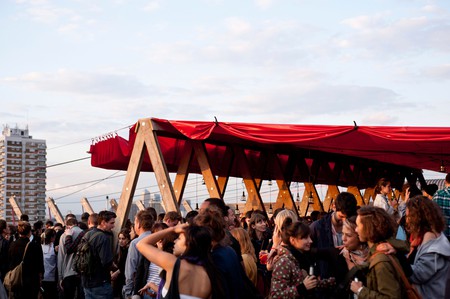 Brick Lane is everything you expect East London to be, and much much more. Home to all the boutiques, street art and cereal cafés that you can shake a stick at, it stays bustling and frantic all day long and can keep you hopping from shop to shop until your legs give out. Dig around the rails of the vintage stores in search of an undervalued statement piece, and grab yourself a salt beef bagel from Beigel Bake when you’re done. 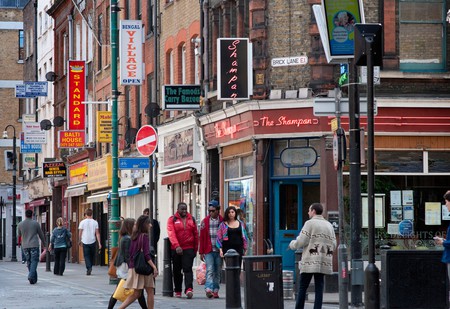 The Barbican Centre is an architectural marvel, held dear by anyone even slightly interested in Modernism, and whether concrete is your bag or not, the scale of it is something to behold. Aside from its design, the Barbican also plays host to a cinema, a bar, an amphitheatre and a gallery, and there is always something going on that will stimulate the mind. Have a coffee on the outside terrace by the artificial lake, and rest under the shadow of one of Britain’s greatest building feats. 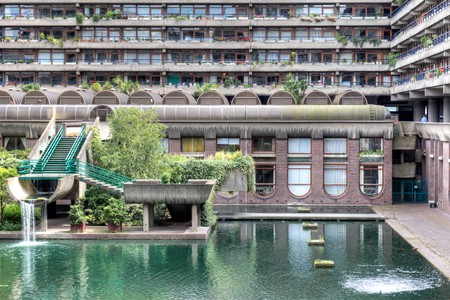 Few buildings are as impressive, in London and beyond, as the famous Barbican | © Jo Chambers / Alamy Stock Photo

Wrap up your night in the East End with a truly special meal at Lyle’s – home to the elegant cooking of James Lowe. Lyle’s is a study in minimalism, from its design to its dishes. Its four-course set menu changes every day, and is punctuated throughout with spontaneous bites created at the whims of the chefs to break up the larger dishes. And at £59 a head, it isn’t unthinkably expensive – which, considering its place at no. 33 of the World’s 50 Best Restaurants, is very good going indeed. 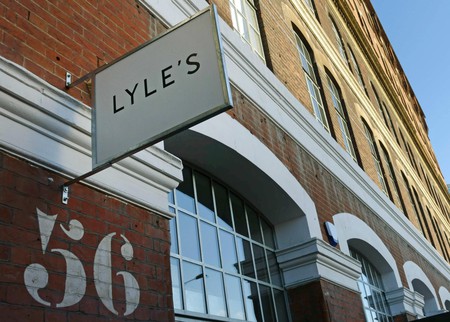 Housed in one of the most opulent buildings this side of Paris, the Victoria & Albert Museum is as beautiful an exhibition space as you’re ever likely to find. Celebrating applied arts and design like no other museum of its kind, the V&A’s permanent collection covers 5,000 years of artwork – from ancient etchings and the formative points of design, to the bleeding edge of craftsmanship in the present day. 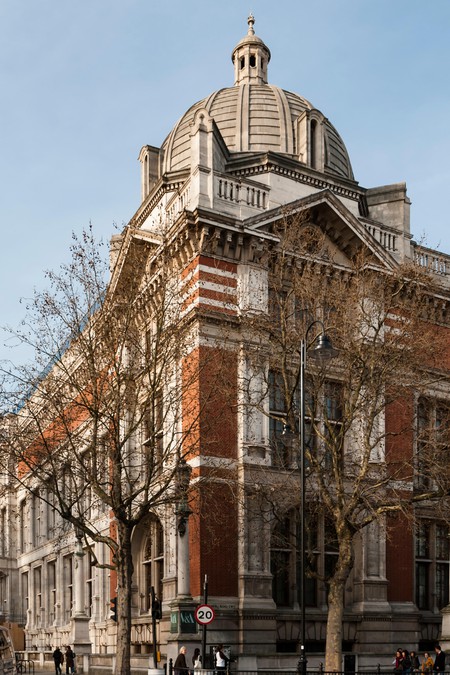 The grand, opulent V&A museum is as beautiful outside as it is inside | © Karina Azaretzky / Alamy Stock Photo

If Brick Lane is East London in a nutshell, then the King’s Road, which runs all the way through Chelsea, is West London through and through. At Christmas in particular, shops are strewn with lights and decorations, and street-sellers roast chestnuts over open drums – it’s all very idyllic, in a way you’d hope Chelsea would be. The boutiques are warm and well-heeled; the pubs especially cosy. Just don’t expect anything to be cheap. 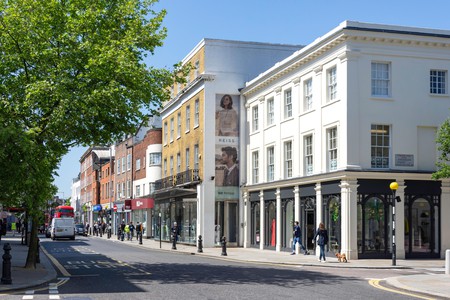 Slicing through London’s poshest district, the King’s Road is as glamorous as shopping gets | © Greg Balfour Evans / Alamy Stock Photo

After four days crossing all corners of the city on a ceaseless mission to live like a real Londoner, you owe it to yourself to close out your trip in the lap of luxury. Where else but The Ritz? A place so ritzy that its very name is a synonym for glamour, this Green Park institution – and its legendary cocktail bar, the Rivoli – is the ultimate treat. Book yourself into a back booth with a strong cocktail (and some caviar, should you feel like splurging) and reflect on a London trip well spent. 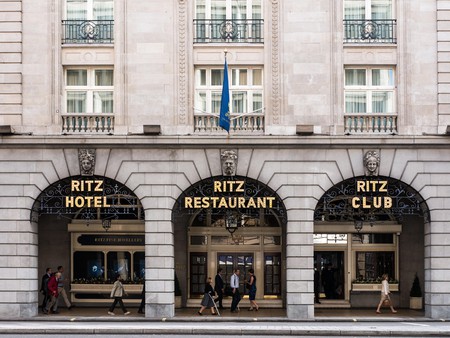