The Top Things To See And Do In Wapping, London 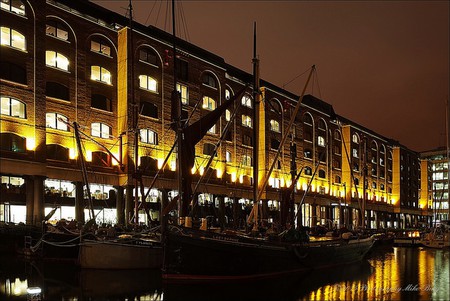 From its riverside location to its fascinating history, Wapping is one of London’s best-kept secrets. Once a dockland slum, the winding cobbled streets are now lined with converted warehouses and fashionable restaurants. Here are The Culture Trip’s top recommendations for making the most of your visit.

The Prospect of Whitby

Founded in 1520, the Prospect of Whitby is London’s oldest riverside pub. Everything from the original flagstone floor and pewter-topped bar to the gallows hanging outside indicate a rich and fascinating local history. A local treasure, the pub has played host to everyone from Charles Dickens and Samuel Pepys to Paul Newman and Princess Margaret, and even featured in an episode of Only Fools and Horses. Make like a smuggler (the pub’s original customers) and nurse a pint in one of the rickety rooms upstairs, or admire the view of the Thames from the beer garden.

Another historical gem, Wilton’s is the world’s oldest surviving music hall. After structural damage threatened its existence, a group of artists campaigned and fundraised in order to ensure its survival. Decades later, Wilton’s is back to its former glory as a theatre, concert hall, bar and heritage site. Staying true to its music hall roots, the venue offers a varied programme of plays, opera, puppetry, classical music, dance, cabaret and magic shows. Too late to grab a ticket? Head to the bar to enjoy a range of dangerously cheap drinks and snacks and soak up the old-word charm.

Built on a site that has been, at various times, a hospital, a monastery and a thriving centre for trade, St Katharine Docks now plays host to a range of shops, bars, and restaurants, as well as offices. Yet, despite the vast range of attractions it offers, the docks are never over-crowded, offering a relaxing escape from the bustle of the city nearby. Take a stroll around the marina and admire the yachts and historic barges, or enjoy drinks and dinner with a view of Tower Bridge. 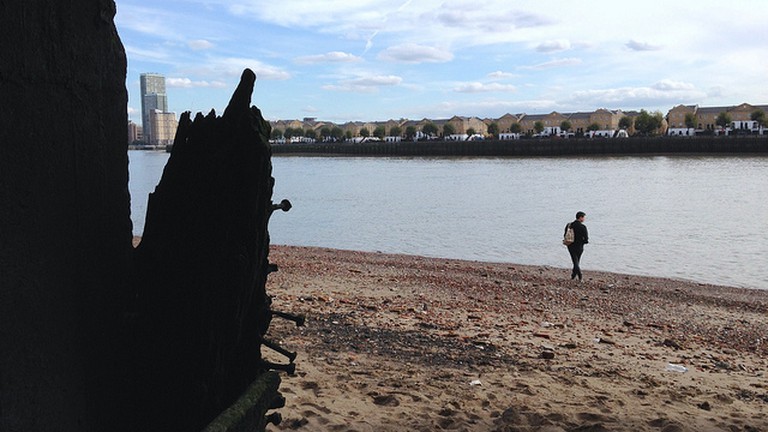 Beach in Wapping | © Silvia Maggi/Flickr
Eject all glamorous images of white sand and crystal waters from your mind – these are beaches of a grittier kind. Wapping’s beaches were once the stomping ground of smugglers, but nowadays you’re more likely to find young couples strolling along the sand at high tide. Because of Wapping’s industrial past, it’s the perfect place for a scavenger hunt – you never know what might get washed up on the banks of the Thames.
Open In Google Maps
London, United Kingdom
Give us feedback 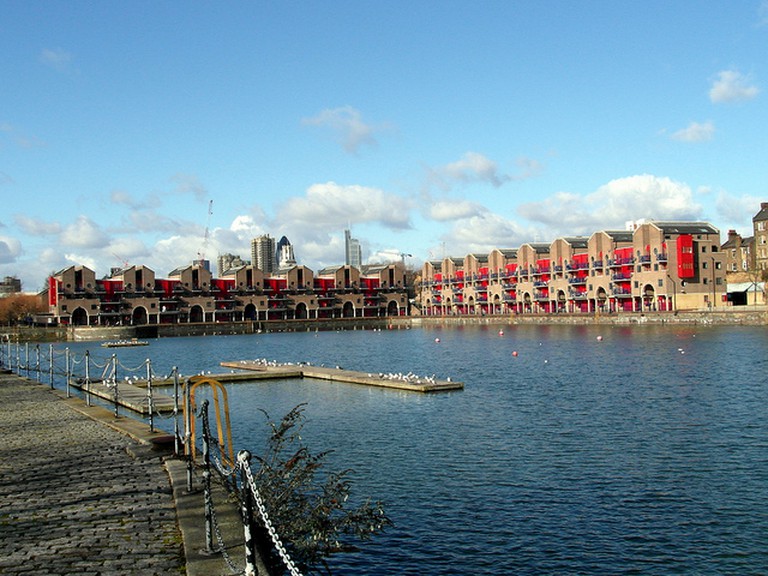 Shadwell Basin | © Reading Tom/Flickr
Forget about the Southbank, for the best way to experience the Thames head to Shadwell Basin. The only remaining non-landfilled part of the historical London docks, the basin is surrounded by red brick property on three sides, while the dazzling architecture of Canary Wharf and the Shard is visible in the distance. Take a peaceful stroll around the water’s edge, or head to the Outdoor Activity Centre for sailing, kayaking or canoeing. Best of all, the Prospect of Whitby is only around the corner, the perfect place for a pint after a busy afternoon of water sports.
Open In Google Maps
3-4 Glamis Road, Shadwell, London, England, E1W 3TD, United Kingdom
+442074814210
Visit Website
Give us feedback 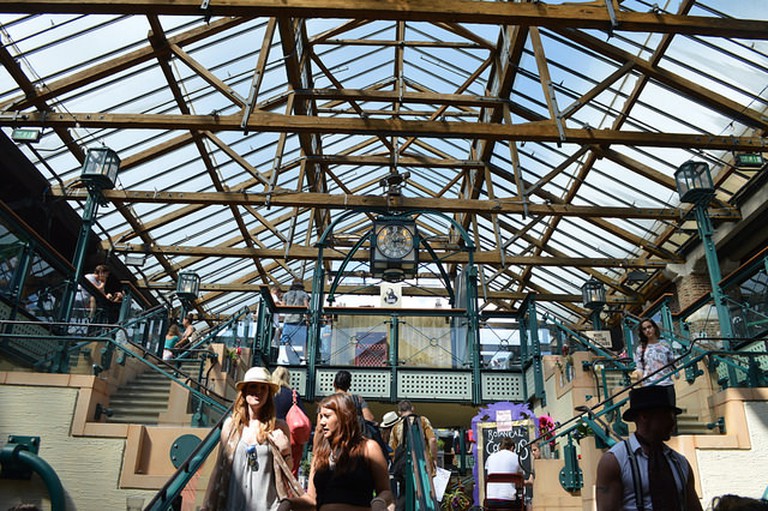 Tobacco Dock | © Matt Brown/Flickr
Whether you’re looking for a gin festival, a tattoo convention or an all-night rave, Tobacco Dock is the only place to go. Originally built in the 19th century to store – you guessed it – tobacco from the New World, this multi-storey warehouse is now an events venue, complete with an outdoor space and its own pirate ships.
Open In Google Maps
Wapping Lane, St Katharine's & Wapping, London, England, E1W 2SF, United Kingdom
+442076804001
Visit Website
Give us feedback
Give us feedback