The 5 Best Free Views in London 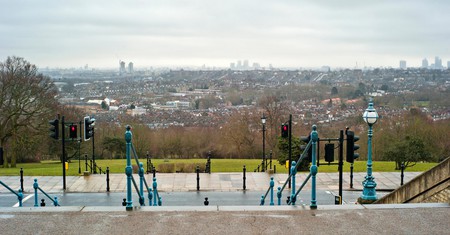 Take in incredible views of London for free at these five enchanting spots.

Swooning over the London skyline is a must-do activity when visiting the capital and thankfully there are many free ways to do so. From the elegant gardens at Alexandra Palace to tranquil Primrose Hill, enjoy the views with a drink or two at these top five locations. 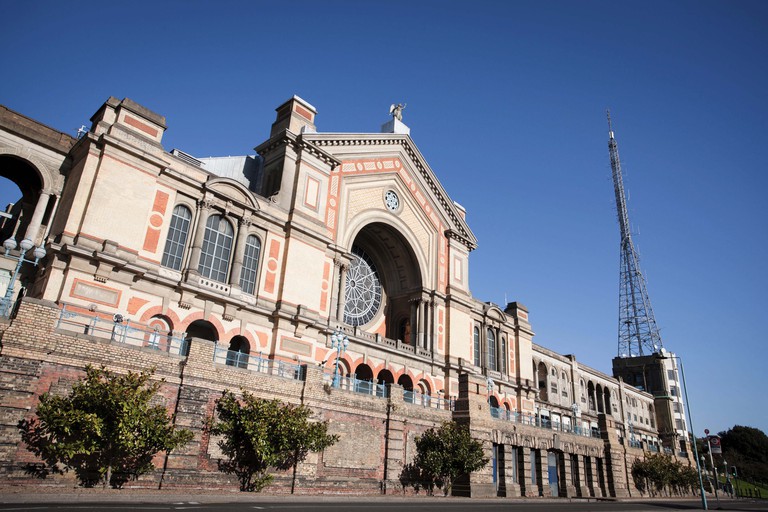 Alexandra Palace in North London | © Robert Christopher / Alamy Stock Photo
Ally Pally – as it’s known by Londoners – offers sweeping city views in an English garden setting. Set on a North London hilltop in 196 acres of parkland, it’s nicknamed the People’s Palace as it’s never been inhabited by royals. An afternoon spent wandering through this magical setting, which dates back to 1873, will never disappoint – nor will the panoramic vista.
Open In Google Maps
Alexandra Palace Way, London, N22 7AY, United Kingdom
+442083652121
Give us feedback 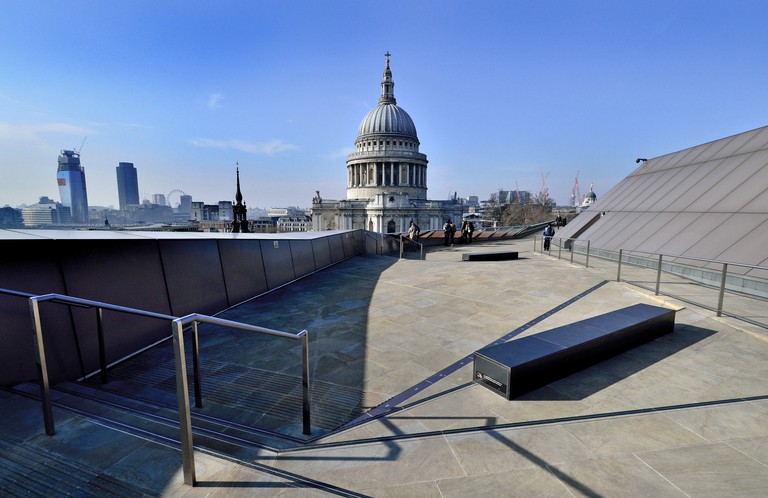 One New Change shopping centre roof terrace | © PjrTravel / Alamy Stock Photo
Opened in late 2010, this is the City of London’s only large shopping centre and it’s still relatively unknown as a sightseeing spot. Located on Cheapside next to St Paul’s Cathedral, the building hosts a variety of restaurants and shops, but the views are its greatest gem. French architect Jean Nouvel – of the Copenhagen Concert Hall and Philharmonie de Paris – has created an architectural delight with wall-climber glass lifts that open on to an impressive rooftop terrace. For optimum views, arrive at sunset to watch the city change colour.
Open In Google Maps
New Change, London, England, EC4M 9AF, United Kingdom
+442070028900
Visit Website
Give us feedback 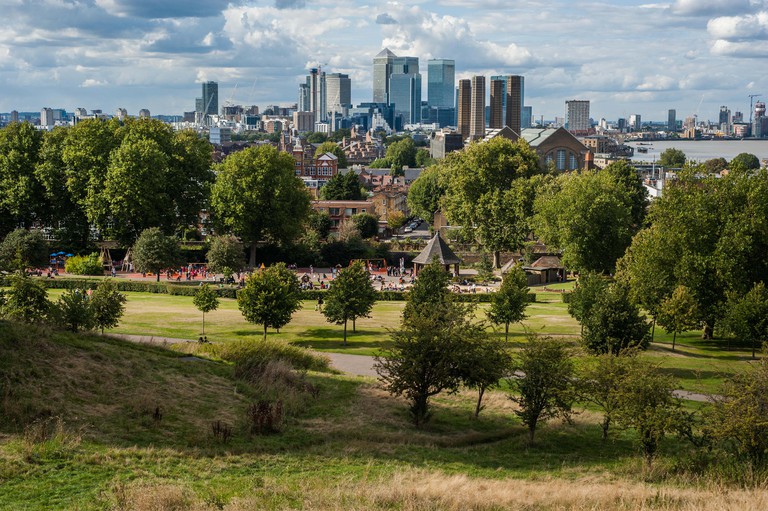 Canary Wharf and the Docklands seen from Greenwich Park | © Piero Cruciatti / Alamy Stock Photo
With a view that inspired one of Britain’s finest landscape artists, JMW Turner, Greenwich Park is a firm favourite for taking in London’s rooftops. Home to the Prime Meridian Line, Royal Observatory and Greenwich Maritime World Heritage site, the historic royal park is the ideal place to escape the congestion of the capital. For the ultimate panorama, hike up the hill to reach the statue of General Wolfe.
Open In Google Maps
Greenwich, London, England, SE10 8QY, United Kingdom
+443000612380
Visit Website
Give us feedback 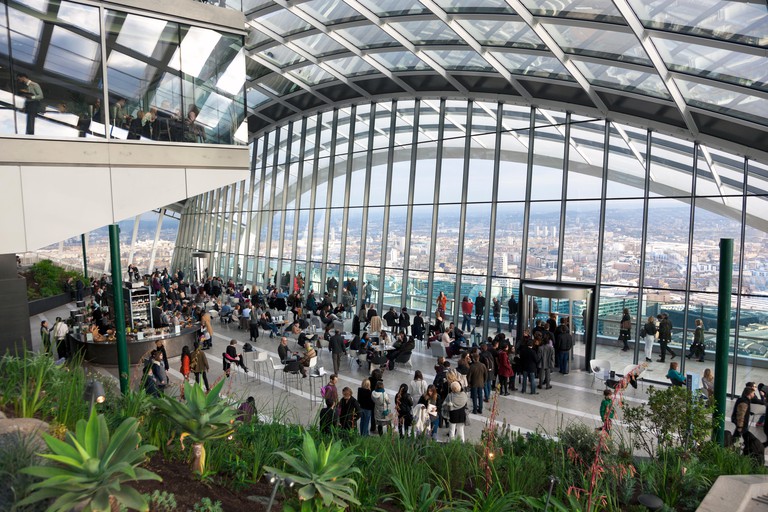 Take in the skyline from atop the 35-storey ‘Walkie-Talkie’ building in the historic financial district. Designed by Uruguayan architect Rafael Viñoly, the building houses a beautiful rooftop garden that provides uninterrupted views of London. Dining and drinking can get pricey, but thankfully you can sit and take photos for free – just make sure to book a time slot in advance. 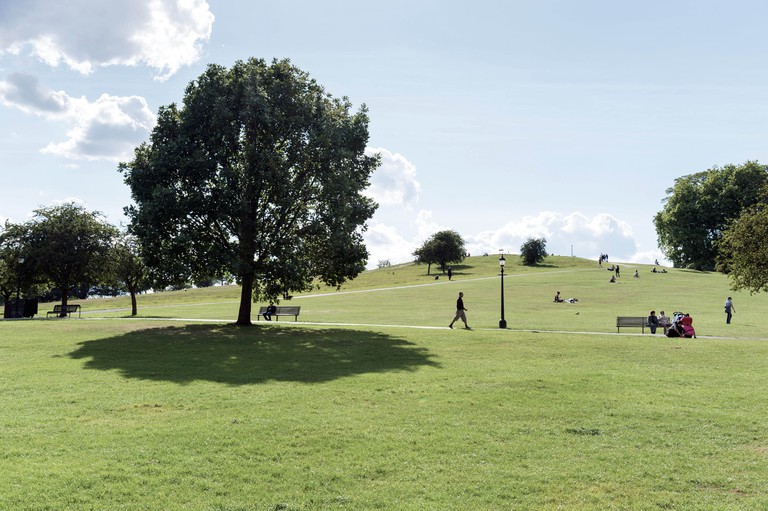 No list of London’s vistas would be complete without mentioning this idyllic spot, popular with celebrities and London’s elite. Located at the northern end of Regent’s Park, Primrose Hill is known for its annual Guy Fawkes fireworks display and is one of London’s protected viewpoints. The spot provides breathtaking views of the city below, and a stone edging is inscribed with the words of William Blake: ‘I have conversed with the sun. I saw him on Primrose Hill.’