The Joy And Purgatory Of British Pop Performers On Film 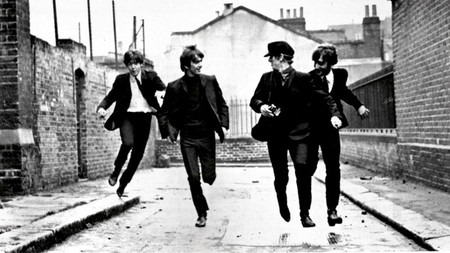 British pop acts, rivaled only by America’s in terms of creative genius and star wattage, have generated a school of ebullient and often disturbing movies. Here are some of the best.

When the Dutch music photographer Anton Corbijn moved to London to get closer to the music scene in 1977, one of his first sessions was with the Manchester post-punk band Joy Division. The photographer has said that ever since he first met the group’s singer Ian Curtis, he was fascinated by the his intense yet distant personality. In 2007, nearly 30 years after their first encounter, Corbijn turned his fascination into Control, a biopic of Curtis, who hung himself in 1980. It perfectly captures the band’s doomy aura. 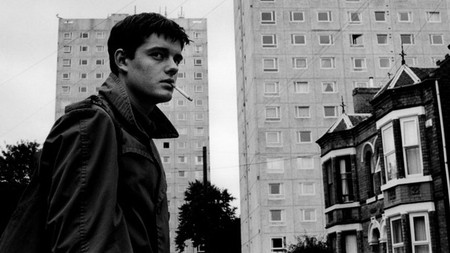 This biopic of the young John Lennon starts in 1955, when the Beatles founder spent his days skipping school, fooling around with girls, and starting his first band. Directed by Sam Taylor-Wood, Nowhere Boys offers psychological insights into Lennon’s teen experiences, including his complex relationships with his mother, his beloved Aunt Mimi, and all forms of authority. 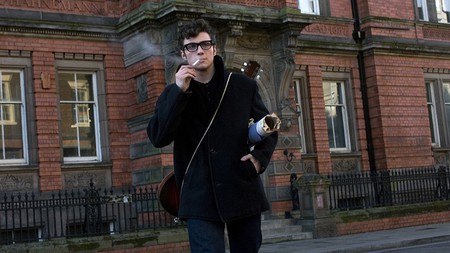 Can a film loosely based on David Bowie fail to entertain? Velvet Goldmine is the story of a bisexual glam rock icon who strikes so much resemblance to Bowie that the star threatened to sue the makers if they didn’t alter the character. 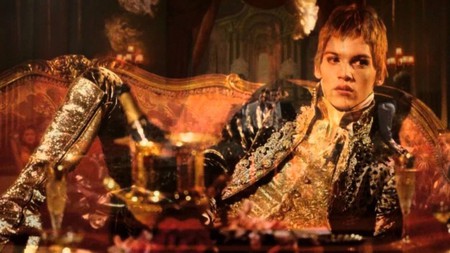 Albert and David Maysles and Charlotte Zwerin’s Rolling Stones documentary was shot during the tragic Altamont Free Concert, an event that abruptly ended the love, peace, and happiness era of the late 1960s. It captures the Hells Angels’ murder of the African-American man Meredith Hunter and shows a desperate Mick Jagger trying to calm down the crowd while performing “Sympathy for the Devil”. 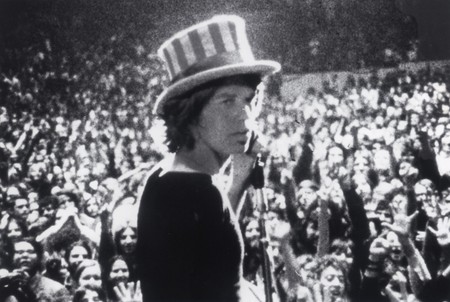 This Oscar-winning documentary gives a personal insight into the tragically short life of the immensely talented Amy Winehouse. Intimate home videos of the teenage Amy show how carefree, sociable, and happy she was before fame turned her into public prey. It’s a tough watch, and you’re guaranteed to shed a tear, but seeing the difference between the young Amy and the one who died in 2011 makes you realise how lethal stardom can be. 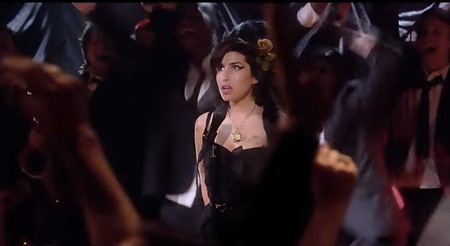 Influenced by the British music hall tradition, Ian Dury was a big star during the new wave era of the early 1980s. Sex & Drugs & Rock & Roll shows how he overcame polio to become one of the country’s most beloved and spikiest talents. The film is powerfully carried by Andy Serkis’s note-perfect performance.

“What better way to feed Beatlemania than with a film?” is what the Beatles manager Brian Epstein must have thought when he sanctioned A Hard Day’s Night. In 1964, with the Beatles craze at its peak, director Richard Lester constructed an imaginary day in the life of the Fab Four as they head from working-class Liverpool to the London of pretentious (or frazzled) media types and society hangers-on. It’s an hilarious satire filled with great music and a must-watch for anybody with even the smallest interest in British pop culture.

Alex Cox’s Sid Vicious biopic depicts “punk rock’s Altamont”. The relationship between Sex Pistols bassist Sid Vicious and his girlfriend Nancy Spungen was dominated by drug abuse. When Nancy was found stabbed to death in New York’s Chelsea Hotel in October 1978, Sid was the immediate suspect and he was held in Rikers Island prison. Upon release, he died of a heroin overdose. The cult film isn’t entirely accurate, but it’s a searing and poetic portrayal of a romantic dance of death. 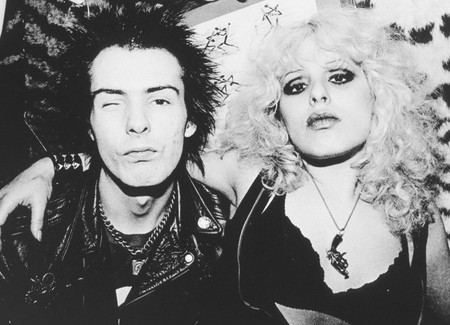 Richard Curtis’s entertaining film is a tribute to British pop music as a whole. Taking the audience back to 1966, when radio channels only broadcast about an hour of pop a day, it shows the emergence of pirate channels in Britain. Focusing on a group of stoner DJs, The Boat That Rocked can get a little silly at times but it’s soundtrack is truly groovy. 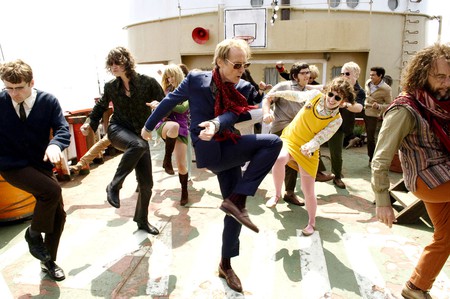 ‘The Boat That Rocked’ | © Universal Pictures

The film of Pink Floyd’s 1979 double album was written by the band’s vocalist and bassist Roger Waters. It offers a surrealistic trip through the hallucinations and memories of an overdosing rock star, Pink, played by Bob Geldof. Featuring violence, sexual situations, and Roger Scarfe’s scabrous animations, The Wall expresses the alienation Waters experienced when Floyd gained worldwide fame. 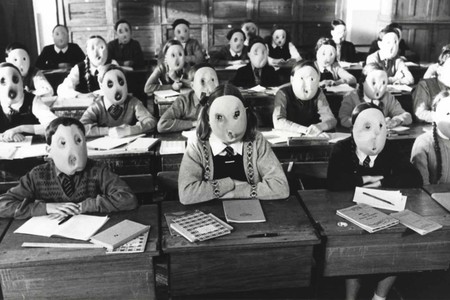 ‘Pink Floyd The Wall’ | © Goldcrest Films International
Give us feedback