The Top 10 Books Of The Twenties And Thirties 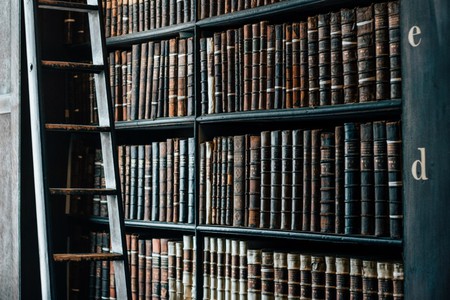 From the decadence and flamboyance of the Roaring Twenties to the poverty and destruction of The Great Depression, stories have forever been a source of escapism through both the good times and the bad. We take a look back at some of the best novels across the literary world from the twenties and the thirties.

Virginia Woolf’s feminist novel takes place on a day in June, where 51 year old protagonist Clarissa Dalloway reminisces about her youth in Bourton whilst attempting to host a party in London’s high society. A frail outsider who is afraid of intimacy, Clarissa looks back at her decision to marry the dull government official, Richard Dalloway, instead of the volatile Peter Walsh. Clarissa also fights her hopeless, growing attraction to close friend Sally Seton, with whom she shares a kiss. Veteran soldier Septimus Warren Smith is left with severe post-traumatic stress from his fighting in the First World War, which results in lucid hallucinations, grief for the loss of ‘dear friend’ Evans, and Smith’s eventual suicide. Clarissa respects Smith’s fateful decision, as she believes it has preserved his state of happiness. Semi-autobiographical in its content, Mrs Dalloway discusses the issue of homosexuality and struggles with mental health, both considered taboo in 1920s society. 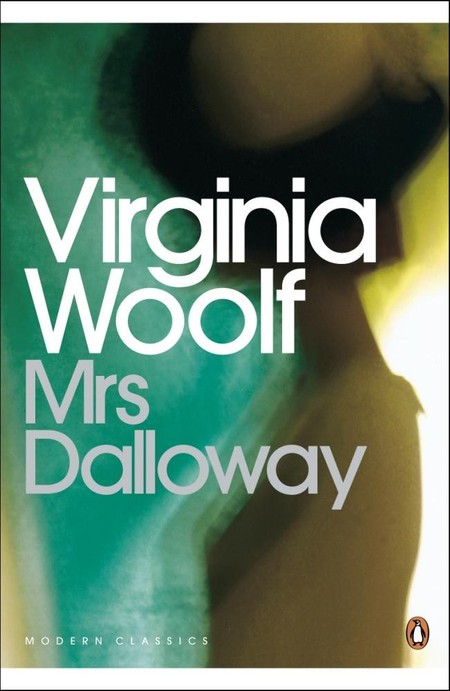 Scott Fitzgerald’s tragic tale of The Jazz Age on the West Egg district of Long Island, New York, focuses on the turbulent life of Jay Gatsby, the mysterious and enigmatic playboy millionaire who has an obsessive love for former married flame, Daisy Fay Buchanan. Gatsby holds decadent parties every Saturday night, but nobody knows how he acquired his wealth or the true nature of his background. Set in the Summer of 1922, their story is recounted by Daisy’s cousin and Jay’s neighbour, Minnesota Yale graduate, bond salesman and aspiring writer, Nick Carraway. Fitzgerald excels in his unflinching portrayal of excess and hedonism behind the glamorous veneer amongst the young, East Coast upper-classes, referring to the darker issues of adultery, domestic violence and betrayal. 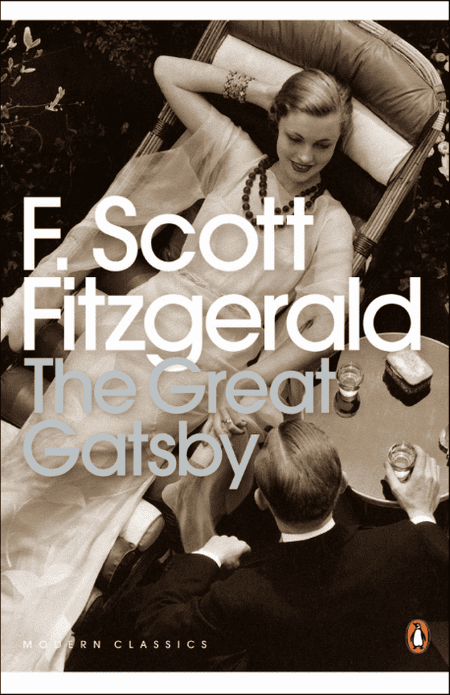 Anita Loos darkly comic novel was originally published for serialisation in Harper’s Bazaar, and was inspired by the seduction of a journalist friend, H.L Mencken, by a mysterious blonde admirer who fuelled her desire to ‘make fun of sex’. Hollywood starlet and gold digger Lorelei Lee is kept by Chicago button Millionaire lover Gus Eisman, but is advised by English novelist and admirer Gerry Lamson to write a diary. Taking a continental holiday to Europe with hardened best friend Dorothy, Lorelei is shocked to find District Bartlett aboard the RHS Majestic, the prosecutor in her murder trial for the death of former employer, Mr Jennings. Lorelei and Dorothy escape their woes with a trip to the ‘divine’ Paris, where they meet new, eligible men, whilst marvelling at the ‘Eyeful Tower’. Lorelei concludes that American men are indeed the best suitors.

The second highest-selling book in 1926, there have subsequently been over 80 editions of the novel. Loos published a sequel, But Gentlemen Marry Brunettes in 1927. 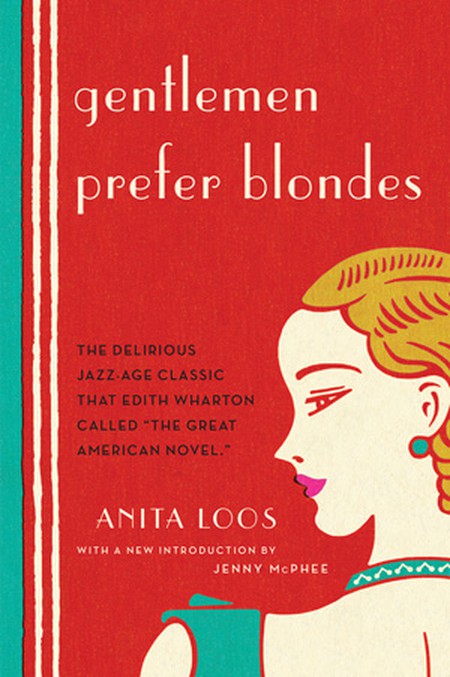 Erich Maria Remarque’s epic war novel tells the story of Paul Baumer, who signs up for action on the German front line with school friends Leer, Muller and Kropp. During their service, they meet Stanislaus ‘Kat’ Katczinsky, who becomes Paul’s mentor and surrogate father figure. Baumer takes leave from the front line, only to find himself cut adrift in a community he no longer recognises; his friends haven’t experienced the horror on the battlefields, and his father fails to bond with him, only asking random questions about the war. Baumer can only relate to his terminally ill, bedridden mother. There is no respite from the continuing onslaught of heavy artillery fire and the ghostly spectre of the grim reaper, with Baumer facing the inevitable loss of his friends on the battlefield who fall down one by one. Baumer’s eventual death in October 1918 poignantly refers to it being All Quiet on the Western Front. Remarque’s tale serves as a bittersweet testimony to the psychological scars inflicted upon soldiers, the innocence of youth, and the futile cost of human endeavour. 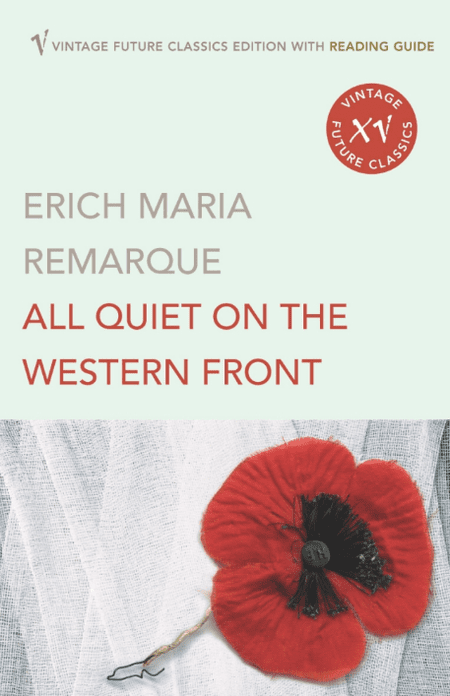 All Quiet On The Western Front | © Vintage Classics

First serialised in September 1929 across five parts in Black Mask magazine, Dashiell Hammett’s hard boiled crime novel introduces Private Eye Sam Spade, who is caught up in a spider’s web of deceit and betrayal in downtown Los Angeles. Initially paired with business partner Miles Archer, the couple are hired by ‘Miss Wonderly’ to look into the disappearance of sister Corinne, who has absconded with a man named Floyd Thursby. Archer dies in mysterious circumstances, with Spade considered the chief suspect (as the long term lover of Archer’s widow, Ida). Visiting Wonderly at a hotel, Spade learns of her true identity; she is Brigid O’Shaughnessy, who doesn’t have a sister, and is embroiled in a complex and toxic relationship with Thursby (her former business associate). Brigid has double-crossed crook and co-conspirator Joel Cairo in the acquisition of a priceless black figurine, The Maltese Falcon, by framing him for a fraudulent check, in order to keep hold of the treasured artefact — which has passed hands between borders in Constantinople. Into the mix is a ruthless henchman, Casper Gutman, who attempts to betray Cairo’s accomplice (and possible lover) Wilmer, in order to obtain the Maltese Falcon for his own. 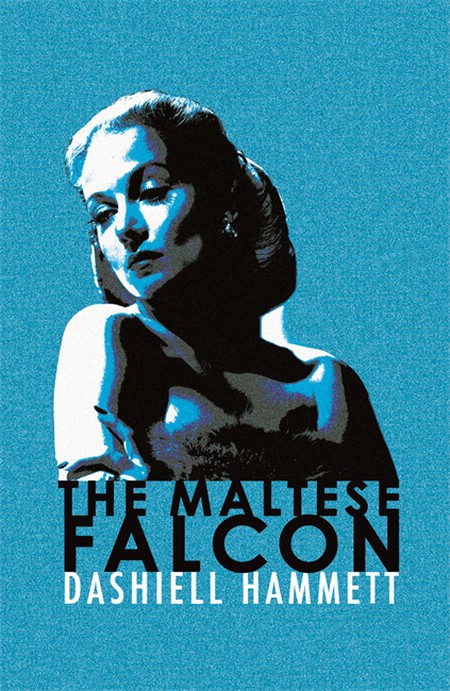 Feminist and pacifist Vera Brittain (mother of Liberal Democrat Politician, Baroness Shirley Williams) recounts her early life as a student, discussing her hopes and aspirations to study at Oxford University. However, fate intervenes, and Vera finds herself immersed in the war effort as a Voluntary Aid detachment nurse during the first World War across London and Europe, spurred on through the tragic losses of fiancé Roland Leighton, brother Edward, friends Victor Richardson and Geoffrey Thurgood. Vera is comforted by her deep sense of faith through moments of personal grief. Vera Brittain’s novel is based on her memoirs, covering her experiences between 1900 and 1925, serving as a poignant reminder to new generations who continue to struggle with love and loss, and for those who continue to grieve for loved ones in the military. It also serves as a powerful testimony of the struggle of middle class women in Britain who faced inequality and discrimination in education within a male dominated society. The novel concludes with a happy ending, culminating in the courtship of Vera and George Carlin (who she would later marry). Vera Brittain successfully rebuilt her life, finishing her degree at Somerville College, Oxford, and later became an established journalist and lecturer. 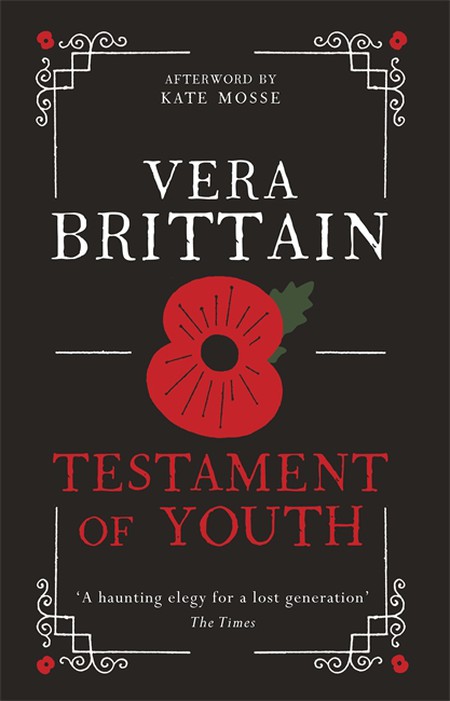 James M Cain’s classic and cautionary tale of fatal attraction follows the story of Drifter Frank Chambers who secures work at a Californian diner run by a couple, Cora and Nick ‘The Greek’ Papadakis. Dissatisfied in her loveless marriage, Cora and Frank quickly develop an affair under the nose of Nick. Cora schemes with Nick to murder Frank in order for them to start a new life together, and hopes to gain ownership of the business. After successfully killing Nick on the second attempt, the authorities become suspicious in the couple’s behaviour, charging Cora with the murder, with the police attempting to play the couple against each other through their separate testimonies. Cora is eventually acquitted of Nick’s murder, and the couple try to start afresh by selling the diner. However, they become involved in a fatal car crash, resulting in Cora’s death, and Frank’s arrest for her manslaughter. Frank recounts the story from the confines of a prison cell, hoping his testimony will be released and heard by a larger audience after his death. The Postman Always Rings Twice hints at the tawdry and illicit behaviour ‘behind closed doors.’ 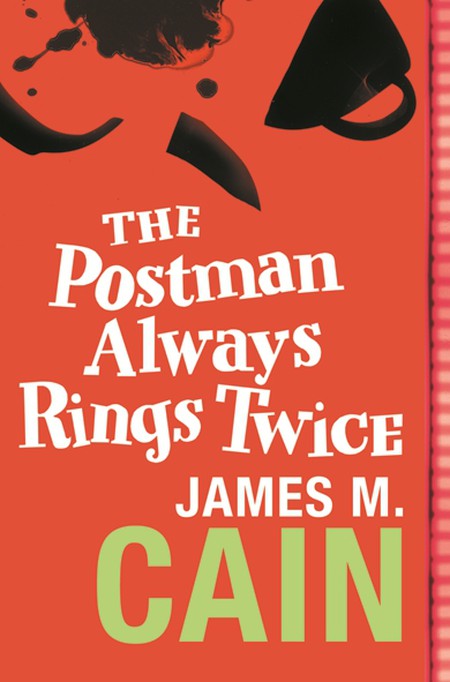 Belgian detective Hercule Poirot takes a journey to Tokatlian Hotel, Istanbul, on the Simplon-Orient-Express, where he encounters a mysterious American businessman, Samuel Ratchett. Samuel is keen on employing Poirot’s services as he believes that his life is threatened, but is dismissed by Poirot, who remarks ‘I do not like your face.’ Ratchett is later found murdered in his cabin during the night, suffering multiple stab wounds. It is later discovered that Ratchett’s real identity is the murderer and mastermind criminal Cassetti, who abducted and murdered three year old Daisy Armstrong. Despite receiving the ransom from the affluent Armstrong family, Cassetti murders the child and escapes justice abroad. Delayed by the hazardous snowdrift across the tracks, Poirot uses the extra time to unravel the mystery of Cassetti’s death. The 12 accused (the size of a jury) all had intimate connections with The Armstrong Family, who were destroyed by the murder, resulting in their own unique tragic deaths. Agatha Christie used the Lindbergh Kidnapping Case of 1932 as her inspiration for Daisy’s demise, taking the time to write her novel at The Hotel Pera, Istanbul. 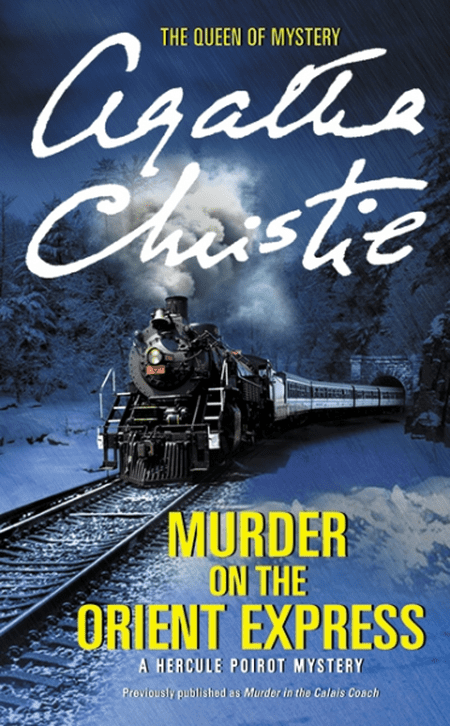 Murder on the Orient Express | © HarperCollins

Raymond Chandler’s pulp fiction novel introduces gumshoe detective Private Eye Phillip Marlowe (who would later appear in six novels) and the seedy underworld of downtown L.A. Marlowe is hired by the wheelchair bound General Sternwood to investigate a case of blackmail by bookseller Arthur Geiger, against his daughter Carmen. His son in law, Rusty, is also missing. Marlowe uncovers a world of seediness and vice, with Carmen as the sultry femme fatale at the centre of a porn scandal, using her sexuality to seduce a succession of men including Chandler and Rusty (who she kills after he rejects her advances). Published by Alfred A Knopf books, The Big Sleep initially sold only 13,000. However, the novel capitalised on the successful Humphrey Bogart film adaptation in 1994 and featured on the 2005 ‘List of 100 Best Novels’. The novel successfully portrays Marlowe as a flawed, wisecracking protagonist caught up in a complex web of lust, blackmail and corruption. 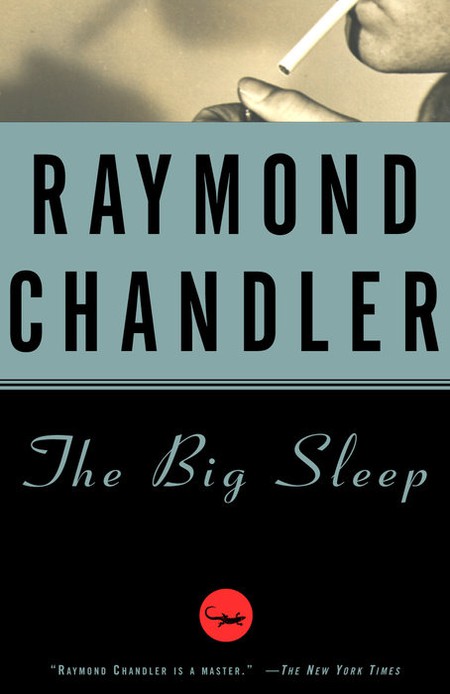 John Steinbeck’s gritty American realist novel is set during The Great Depression in Sallisaw, Oklahoma. The story focuses on the plight of the destitute Joad Family, who lose their homes and livelihoods due to the greed of the local banks who acquire their land. When convicted murderer Tom Joad is released from prison, he is horrified to find his family home deserted; and the fortunes further hindered by The Dust Bowl destroy their local produce and business in the process. The Joad family decide to seek the fortunes of sunny California by taking Route 66, where they encounter the death and separation of family members. They discover the harsh reality that California does not provide fair and equal rights to migrants, forever considered cheap labour. Family friend and traveller, Preacher Jim Casy, becomes a union activist — but it leads to his violent death and the downfall of Tom, who reverts to his old murderous ways to avenge his friend’s death, thus becoming a vigilante (and fugitive). 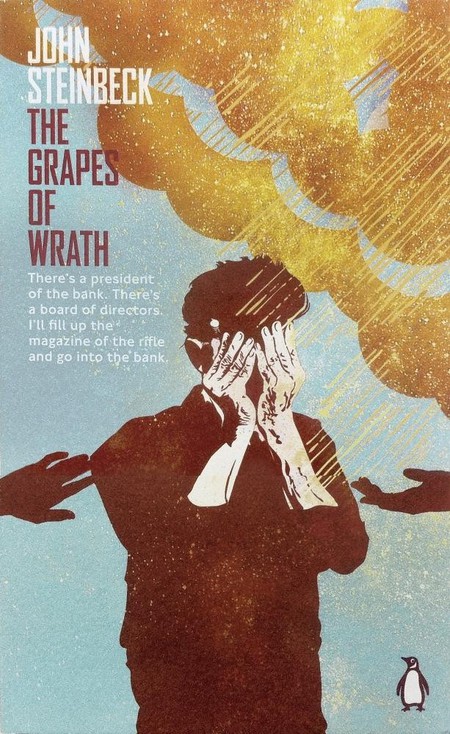 The Grapes of Wrath | © Penguin Classics
Give us feedback