The Subversive Art of Banksy Comes to Mayfair 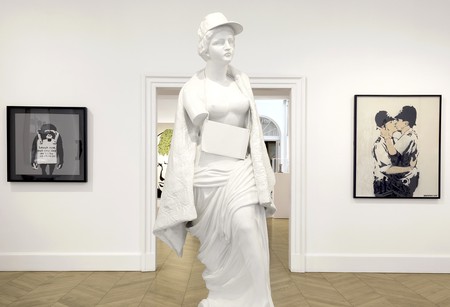 Remarkably, the anonymous British artist Banksy still isn’t represented in any public UK museum. Wanting to right this wrong, Lazinc gallery are showcasing a number of the graffiti artist’s most famous works in London this summer.

From opening an art hotel in Bethlehem to using his art to question cultural and societal issues, Banksy isn’t one to shy away from courting controversy.

The Bristol graffiti artist recently unveiled a series of seven murals across Paris which draw attention to the country’s current political situation, in particular the issues of migration. 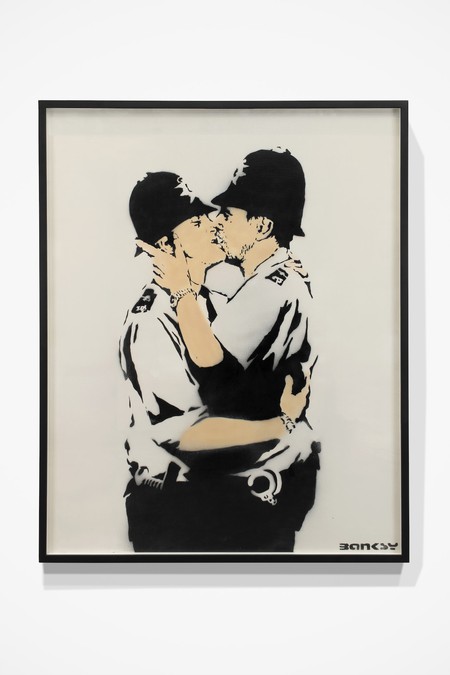 Earlier in the year Banksy painted a mural on the Bowery Wall in New York protesting against the jailing of Zehra Doğan. The Turkish-Kurdish artist and journalist managed to smuggle out a letter to Banksy, which he posted on his Instagram account, that thanked him and said: “Art is a meaning of communication far beyond language.”

As his art is consistently relevant, even to the point of works that were either defaced or removed being restored to their original location, it’s surprising that Banksy’s work doesn’t belong in a national UK collection. Over the years the elusive artist may have attempted to unofficially place his work in the galleries of famous museums, including Tate Britain, but the institutions haven’t taken the initiative to update their holdings. 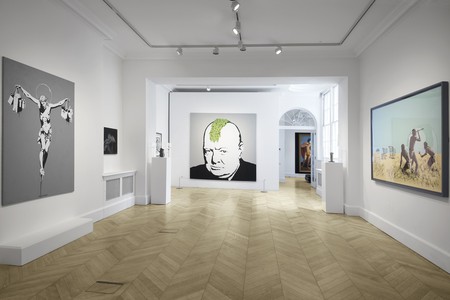 So his former gallerist Steve Lazarides, along with Lazinc co-founder Wissam Al Mana, have delved into a number of private collections to put together a show of Banksy’s ‘Greatest Hits’ that range from unique paintings and sculptures to stencilled canvases and a number of limited-edition prints. 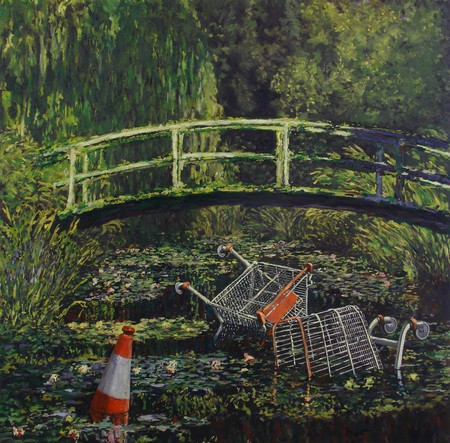 Some works take their subversive influence from famous artists, including Diego Velázquez, Vincent van Gogh and even Jack Vettriano.

Show Me The Monet (2005) takes Claude Monet’s iconic painting of the lily pond at his house in Giverny and uses it as a backdrop to illuminate society’s growing consumerist tendencies and general disregard for nature, as two sinking shopping trolleys and traffic cone infiltrate the idyllic scene.

Humour is also central to Banksy’s work, which is clearly reflected in his pastiche of Andy Warhol’s famous Campbell’s Soup Can canvases. Just like Warhol, Banksy appropriates an everyday brand, here Tesco’s value range, turning its simple and ordinary design into art. 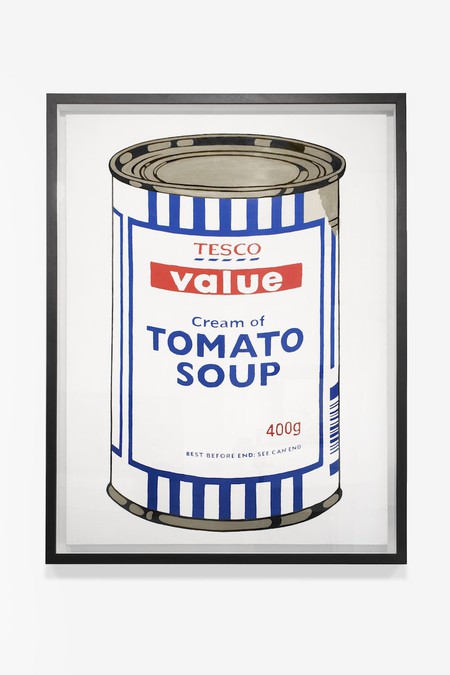 And it wouldn’t be a show of Banksy’s greatest work without his Kissing Coppers (2006), which was originally spray painted on the side of a pub wall in Brighton. 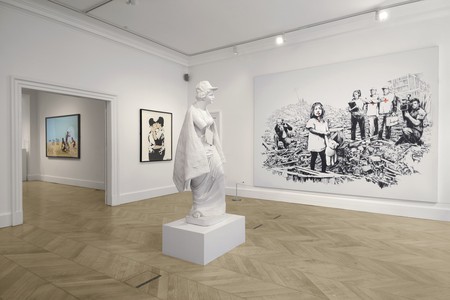 The show no doubt holds some surprises for visitors. In addition to his paintings and prints, there are a number of his lesser known sculptural work which include a bronze rat – a symbolic emblem used in many of Banksy’s murals – as well as a revamped version of the famous Greek sculpture, the Venus de Milo. 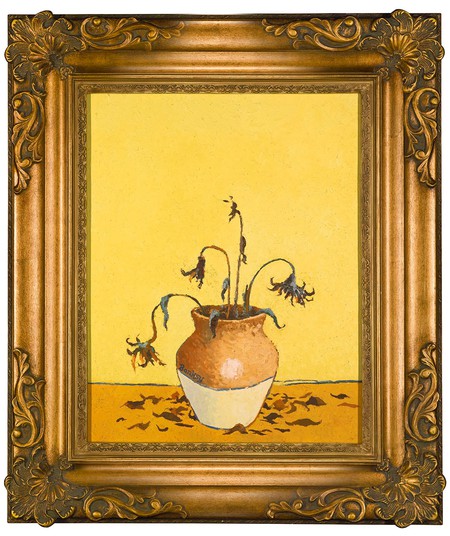 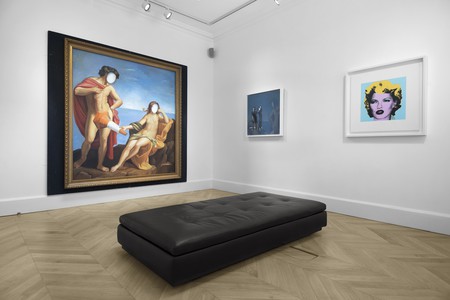 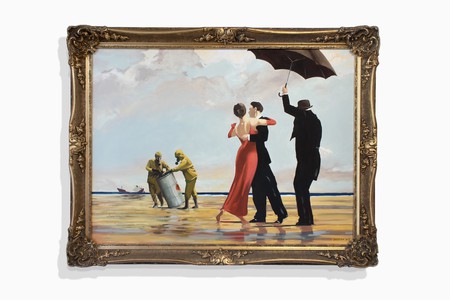 Want to see more art in London? Here are the best free shows to see this week.