The Story Behind the Medieval Ceremony Still Being Practised: Trial of the Pyx 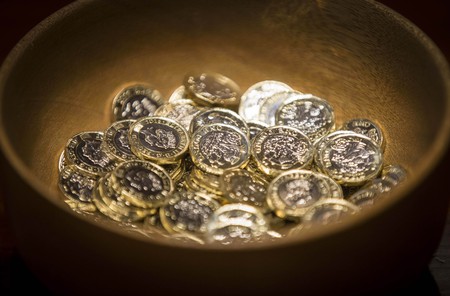 Trial Of The Pyx | Courtesy of The Goldsmith's Company

While the big banks determine the worth of electronic money used every day, an annual ancient process scrutinises UK coins in circulation to see if they are fit for purpose; this event is called the Trial of the Pyx. Incredibly, this British tradition dates back to the 13th century, making it one of the longest established judicial procedures in the world.

Unknown to many UK citizens, The Trial of the Pyx is a requirement that was made obligatory by Act of Parliament (known as the Coinage Act 1971). The unique process involves a jury conducting an examination to check whether the UK’s newly minted coins are the correct weight and size. Coins are also tested for impurities and imperfections in the metals used to make them, so their true value can be confirmed. 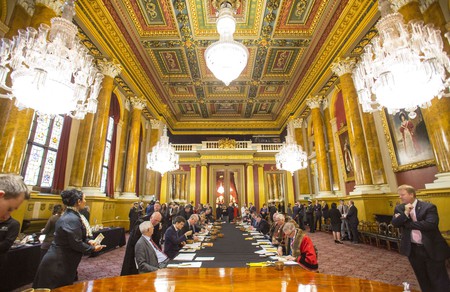 The Trial Of The Pyx | Courtesy of The Goldsmith’s Company

The ceremony is made up of specific steps to ensure consistency every year and takes place in the lavish Goldsmith’s Hall in the City of London.

Firstly a jury made up of 16 are selected and sworn in. Members of this specially selected group usually include leading figures in the financial world, as well as experts from the Worshipful Company of Goldsmith’s. With the trusted jury installed, coins are selected at random and a sample to be analysed is collected. The group has two months to check the coins are within the quotas for certain features such as size, metallic makeup and weight.

The final phase of the ancient practice involves the jury addressing the UK’s Chancellor of the Exchequer, (who is technically on trial due to his position as a modern day Master of the Mint), to deliver a verdict on the status of UK coinage.

Trial Of The Pyx | Courtesy of The Goldsmith's Company

Interestingly, the term Pyx (which translates as wooden box in Greek) actually refers to the chest the coins are transported in, originating from the Pyx chamber in London’s Westminster Abbey – where the chests were historically kept.

While the ceremony may seem archaic, The Trail of the Pyx delivers a crucial message, that the power of the country’s currency actually lies with merchants rather than the monarchy or state, because allowing the state to have control risks destroying its credibility entirely.