The Story Behind London's Notorious Girl Gang, the Forty Elephants 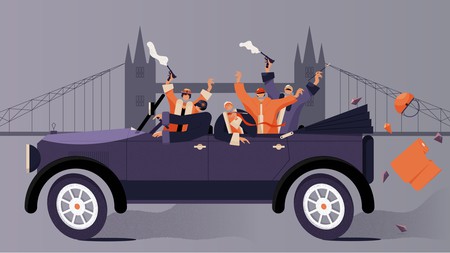 The Hatton Garden burglary in 2015 has captured the nation’s imagination. So much so, that recent reports of Jim Broadbent and Michael Caine’s new film adaptation of the event will be the crime’s third on the big screen in as many years. A few old blokes – one a narcoleptic – pulled off the most valuable heist in London’s criminal history, stealing an estimated £25 million worth of goods from the safe depository in Holborn only a few hundred metres from the Royal Courts of Justice. Needless to say, organised crime is often viewed ambivalently by a public obsessed with the drama and romance of thieving and swindling, despite the harm done along the way.

But to find an equally compelling criminal story we need not wait for another grand heist. Looking back through the annals of London crime is exactly what writer Brian McDonald did. In his 2010 book, Gangs of London, he drew attention to the Forty Elephants Gang, a syndicate of working class women who lived in and around London Bridge and whose greatest notoriety came from their glamorous exploits of shoplifting, blackmail and extortion in London’s West End. The topic was so extraordinary he returned to his research and, in 2015, Alice Diamond and the Forty Elephants was published.

Definitive records show that the Elephants operated between 1873 and the 1950s, but there is some evidence to suggest that the gang’s origins can be placed as early as the end of the 18th century. The gang’s name is not as cryptic as it may sound: the number is a rough estimate of its membership and the choice of animal is due to two factors: that they all lived around the Elephant and Castle pub in Southwark, and – more significantly – on leaving shops with their stolen goods under their clothes, the sheer volume of garb made them look like elephants. Only women were allowed to be members and they were almost all exclusively from a working class background; they rejected the jobs that people like them were condemned to do and instead, similarly to the suffragette movement, they took matters into their own hands. However, instead of fighting for the right to vote, the Elephants wanted something more immediate: financial independence. They would steal clothes and jewellery, sell them on for far less than they were worth, and distributed the earnings amongst their community, providing their families with a lot more than they could otherwise hope to.

McDonald’s second book uses as its focal point one of the most iconic characters from the gang’s history, Alice Diamond. Standing at five feet nine inches with a full figure, Diamond was a physical match for most men in London at the time and wearing diamond rings for knuckledusters, she made best use of her natural bulk. She became the gang’s ‘Queen’ in 1916, aged 20, and under her formidable leadership, the group’s success reached new heights. Often co-ordinating simultaneous raids at various jewellery and clothes shops around the capital, the Elephants under Diamond bamboozled the Metropolitan Police and weren’t afraid of using violence to get themselves out of tight spots. Their armoury consisted of a combination of wily trickery to distract unwitting shop attendants and expert seduction tactics to build up a highly pliable network of influential men. In this way, the gang was able to blackmail and swindle their way out of the reach of the law, and the Forty Elephants funded a life of decadence in London’s roaring twenties, hanging about the glamorous hotels, bars and theatres they could only dream about before their turn to crime. 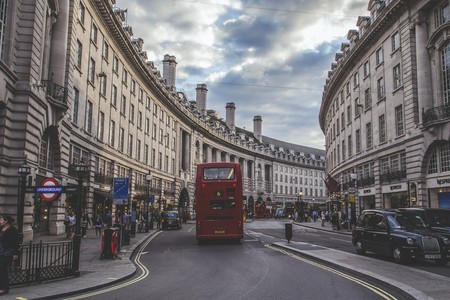 When responding to a magistrate during one of her numerous court appearances about her violent treatment of policemen, Alice Diamond said: ‘Police forces are set up by governments to stop others getting a share of what they’ve got!’ It is this anarchic attitude, underpinned by a sense of fighting social inequality, which has reignited public interest in the Forty Elephants. A Canadian theatre company recently took its play adaptation of the gang’s history to Edinburgh Festival, while BBC screenplay writer Marnie Dickens has been said to be working on a series which might offer the same allure to viewers as the hugely successful Peaky Blinders.

The success of the Hatton Garden Heist will long be remembered for its slapstick incompetence, but there is equally plenty of mileage left in resurrecting the Forty Elephants Gang. It is no surprise, given the extraordinary story of a few dozen women who, equipped with some light fingers and a sense of social purpose, managed to terrorise London’s rich and metropolitan elite for the best part of a century.