The Story Behind the Museum of Curiosities, East London 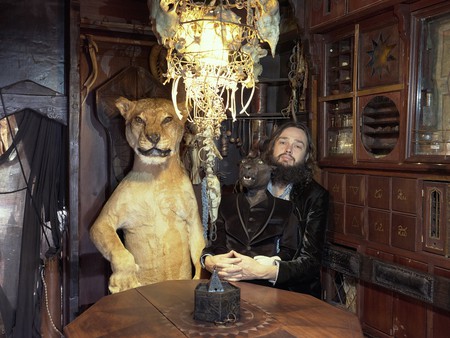 What do Siamese piglets, dodo bones and a biscuit half-eaten by David Attenborough have in common? Very little, except these and other oddities can be found at Viktor Wynd’s extraordinary and imaginative museum. Culture Trip pays a visit. 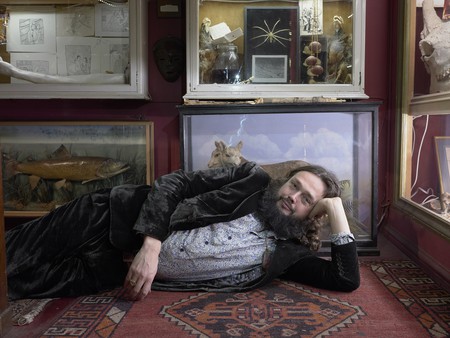 Viktor Wynd’s Museum of Curiosities, Fine Art and UnNatural History is anything but bog-standard. Situated in a former call centre on a main drag in Hackney, the museum, which opened in 2006, has something of the PT Barnum about it, with signage that’s all gothic swirls and flourishes. This feeling of a freak show is heightened once you’re inside, with a spiral staircase the portal into this artist and author’s eccentric mind. Find your footing on the threadbare Persian rugs, then prepare to be greeted by stuffed tarantulas and butterflies suspended on strings. Glass cabinets are filled with oddities paired together at random; antlers and animals dangle from above. Where to begin? 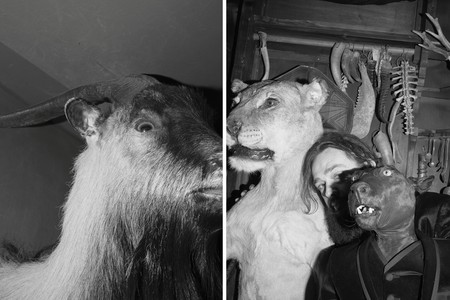 Dark-haired, bearded and clad in a velvet suit, Wynd is every bit as odd as his exhibits. That is to say, very odd indeed. His collection, which began with seashells and pebbles before progressing onto toy cars, “and so on, past puberty where most people stop”, has culminated in travelling the globe to amass something sui generis and rather mad. There’s the weird – Pablo Escobar’s gold-plated hippo skull and a lock of Elvis’s hair – and the wonderful – British Surrealism and Old Master etchings. To see it for yourself, £3 will grant you entry and a cup of tea. 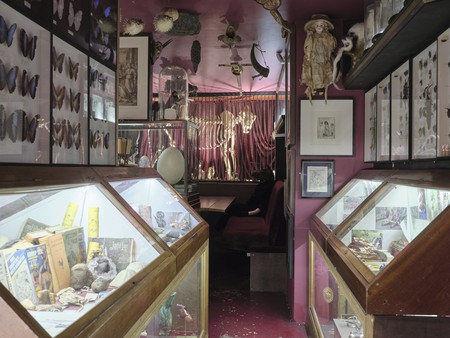 Cabinets are filled with curiosities, from stuffed spiders to dead butterflies – with various paraphernalia hanging from the ceiling above you | © Alessandro Furchino Capria / Culture Trip

But tea isn’t all that’s on the menu. Upstairs is The Last Tuesday Society, a cocktail bar hosting London’s only absinthe hour. Wynd calls it pataphysical. “Pataphysics is the science of imaginary solutions, and cocktails are the answer to everything,” he says. “Most museums and galleries are dull and clinical, and try to keep people moving so they can’t appreciate things properly. I want people to take things slowly, to concentrate on one item for an hour or two. Alcohol increases enjoyment and perception: they should always go together.” 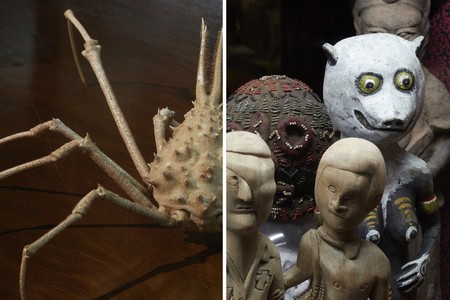 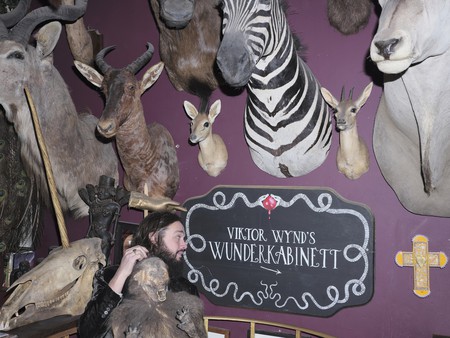 The playlist in the bar includes artists such as blues singer Skip James, Cameroonian saxophonist Manu Dibango, and musical ensemble Le Poème Harmonique, although Wynd admits to being more of a fan of Wagner. “There is a part of me that always feels time spent not listening to Wagner is time wasted.” People often visit mid-afternoon, drink absinthe and talk about Russian literature, which is exactly what Wynd had hoped for with his project. “Absinthe is a drink I enjoyed enormously in Prague and Paris in the 1990s,” he adds. “Alas, opium has yet to be legalised.” 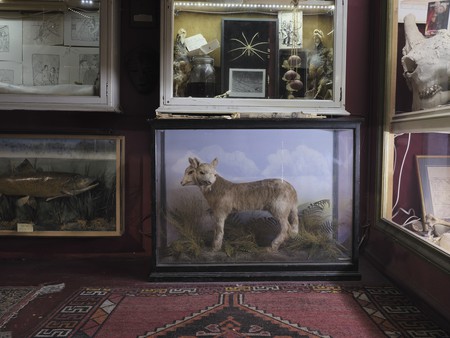 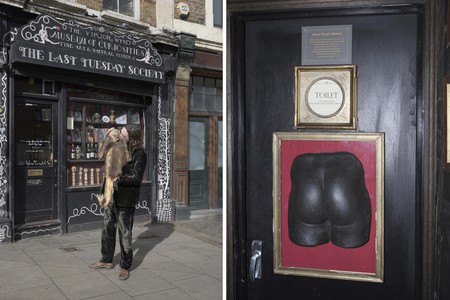 Vices aside, does Wynd, who calls himself The Chancellor, have a favourite piece in his museum? “I love my two-headed lamb,” he tells me. “It walked through the door one day, carried by a man whose great-grandparents owned the farm where it had been born in 1927. It prompted the neighbours to announce there was curse on the flock.” This doesn’t usually happen, though. For the most part, Wynd picks up his prized possessions on far-flung trips. 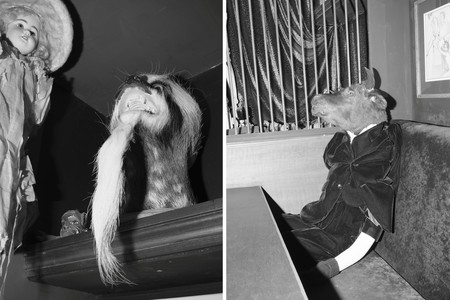 Papua New Guinea is a place of great interest, and Wynd hopes to take two groups there later in the year. “We aim to visit remote communities near the Sepik River and spend time in their spirit houses to learn about their traditions and buy beautiful carvings. From there, we plan to head to the islands of the Bismarck Sea for an initiation ceremony, where we’ll see tribal masks and dancing.” 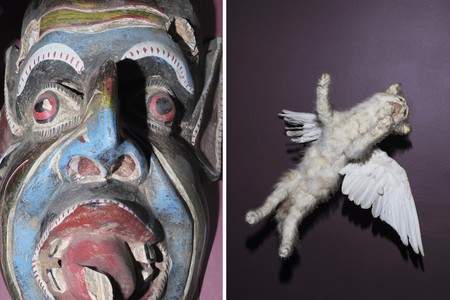 No doubt Wynd will pick up more eccentric mementos to add to his collection – and embellish his already deeply strange yet wonderful world view. 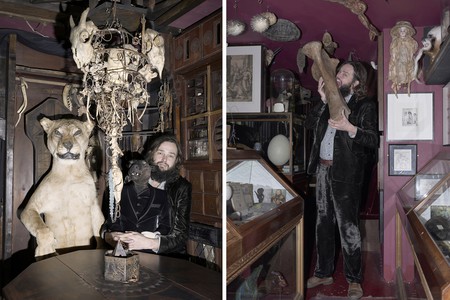 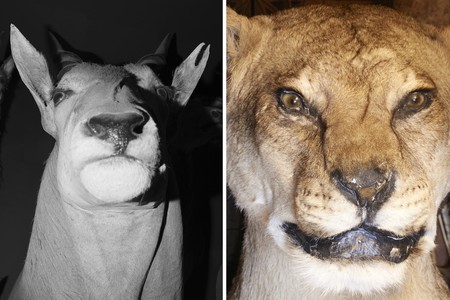