The Running Battle Between Club Culture and London's Authorities 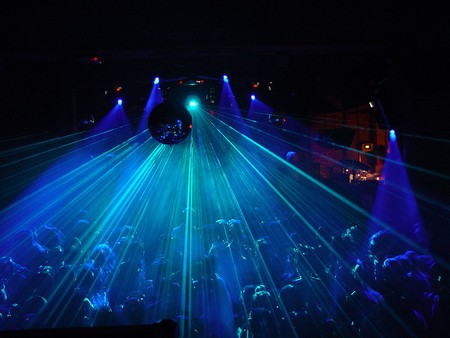 Clashes between iconic London clubs and authorities are well documented, with the most high profile case being Fabric in Farringdon. Thankfully, Islington Borough Council recently succumbed to pressure from the club’s army of campaigners and reinstated its license. However, similar scenarios are constantly being played out across London, with clubs and music venues locked in a seemingly never-ending licensing war with the authorities. Here, Culture Trip looks back at some of the survivors and the casualties in the battle for London’s soul.

After 10 years of hosting an eclectic range of parties, the community run Passing Clouds in Dalston was forced to close. Having showcased the likes of Lee ‘Scratch’ Perry, Sun Ra Arkestra, and Dawn Penn, as well as a wide range of grassroots music, Passing Clouds had positioned itself at the heart of north-east London’s vibrant music scene.

When it was announced that the venue’s new owners planned to turn the building into an office block a number of high profile protests took place. On one occasion hundreds of protesters marched up to the venue to demonstrate against its closure, and on another, fervent fans broke in and hosted music-based activities over the course of a weekend. Unfortunately, Passing Clouds was lost to the waves, but not without a fight. 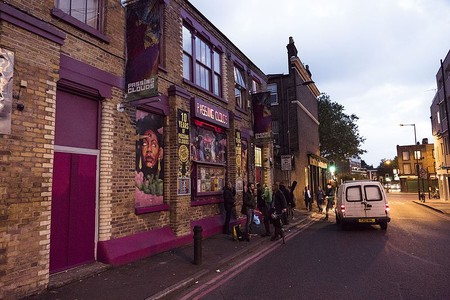 This visually stunning, musically eclectic Soho oddity was the jewel in the crown of one of London’s most vibrant nightlife areas. Housed in a largely unaltered former burlesque house, complete with ornate Art Deco fittings, this LGBT friendly club had grandeur, great music, and low prices. Softcore electronic reworks of pop tunes were the order of service. Whilst not necessarily the most musically innovative of venues, it was known for having one of the most consistently varied and fun party soundtracks in the city.

Madame Jojo’s sadly went the same way as so many before it in 2014 when the council revoked its license following a violent incident. However, supporters of the club have claimed that this was just an excuse to help accelerate gentrification in the area by quietening its streets and smartening its image. Fortunately, the fight goes on and developers are looking into re-obtaining a license and reopening the club under the same name with the old ethos still intact. 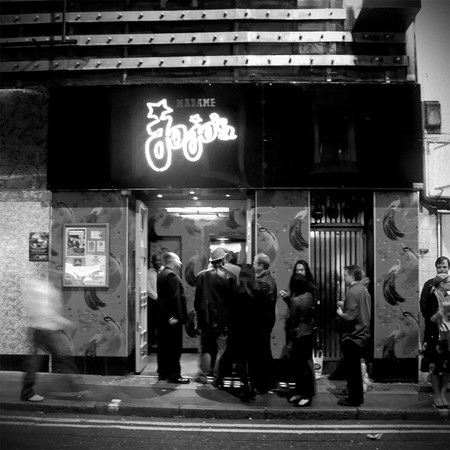 This small Hackney Wick venue, which by day acted as a studio for local artists, closed its doors after it was announced its license was being reviewed following a reported crime. The owners deny that this occurred, insist that they cooperated with the police, and maintain that the closure is part of a larger crackdown on club culture. Owner Seb Glover argues that the council was looking to make the area more appealing to property developers and prospective buyers. Shapes was known for its leftfield listings, playing host to artists such as Max Cooper, Clap! Clap!, and Lefto.

This redeveloped warehouse, famed for having colourful disused Tube trains perched atop it, has been a musical mainstay in Shoreditch since 2006. The venue has a reputation for hosting high-profile club nights and attracting renowned DJs from across the globe. Despite the venue’s considerable popularity, proposals were ominously put forward for the site to be redeveloped. However, in what has been hailed as a landmark ruling, Hackney Borough Council rejected the plans in favour of safeguarding the venue’s status for the next 15 years, citing its cultural significance as a key factor behind the decision. 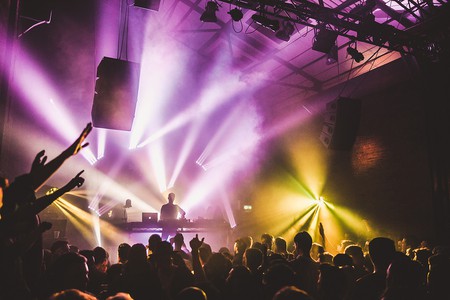 In 2016, as many new venues were created as old ones were closed, and the tide could well be turning with Mayor Sadiq Khan’s appointment of a Night Czar, promising to bring venues and the authorities into greater harmony.