The Royal Wedding Traditions You Need to Know 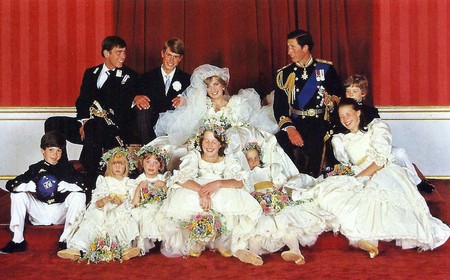 We all know weddings follow certain traditions, however, royal weddings are a totally different affair and have an etiquette that all royal family members must adhere to. Here are eight royal wedding traditions you may not have known.

Any wedding, whether it be for royals or commoners, wouldn’t be complete without an iconic wedding photo to act as a reminder of the special day. Traditionally, the royal family poses in the Throne Room in Buckingham Palace (you’ll probably recognise its iconic red walls, carpet, and lavish chandeliers). A selection of photos are usually taken with the immediate family members as well as page boys and bridesmaids, who are usually children.

The wedding cake is fruit cake

Throughout history the royal wedding cake or cakes (because there are usually two), are fruit cakes, with white icing. However Prince Harry and Meghan Markle interestingly decided to defy convention, opting for a floral elderflower and lemon cake instead, made by pastry chef Claire Ptak, owner of the London-based Violet Bakery.

The bride always carries a sprig of myrtle

A sprig of myrtle has been used in royal weddings since the marriage of Queen Victoria’s eldest daughter, Princess Victoria, and the flower has been since been called ‘the herb of love’ due to its associations with marriage and unity. The woody shrub has featured in the bouquets carried by the Duchess of Cambridge, Diana and the Queen on their special days.

Royals must get the Queen’s permission to marry

A rule that particularly applies if any royal wants to marry a commoner and stands firm in the The Royal Marriages Act of 1772. It’s also encouraged that the member of the royal to-be spends a lot of time getting to know the Queen before the big day, something both the Duchess of Cambridge and Meghan Markle did before their wedding days. 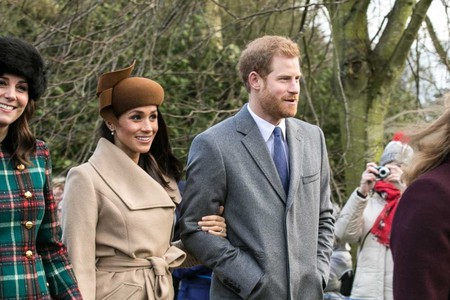 This marital tradition began in 1923 when the Queen’s late mother chose it for her wedding ring. Welsh gold is three times more valuable than gold from Australia or South Africa and so of course is more fitting for royalty. Interestingly, the same piece of gold from the Clogau St David’s mine at Bontddu in North Wales was used to make the Queen Mother’s wedding ring, the Queen’s, Princess Margaret’s, and Diana’s.

Wearing a hat is mandatory for ladies

No wedding would be complete without an extravagant show of hats and fascinators, but wearing a hat is an absolute must for any female guest at any royal wedding. This tradition is not just for weddings, if you look closely at any royal event, the majority of the ladies will be wearing hats as a matter of royal etiquette. 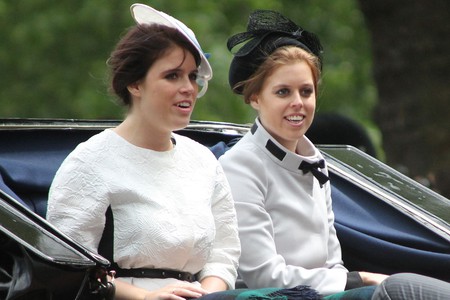 There is no bouquet toss

While it’s traditional for any bride to throw her flower bouquet into the crowd, royal brides do not abide by this rule. Instead, over the years, many royal brides have chosen to leave their bouquet at the grave of the Unknown Warrior at Westminster Abbey – a gesture initiated by the Queen’s late mother.

The bride must wear white on her wedding day

While it may seem that the tradition of wearing a white dress dates back centuries, it actually started with Queen Victoria in 1840 when she wore a white lace dress to marry her beau Prince Albert. Before Victorian times, royal brides would not typically wear white. Colours such as red were very popular in Western Europe and still are today in many cultures.