The Royal Family has an Important Message for the World 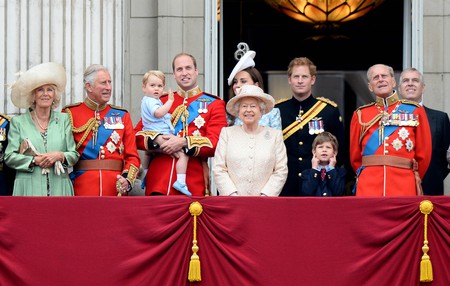 Speaking at a fundraising event for the World Jewish Relief Charity in London, a charity which works with people fleeing war-torn Syria, Prince Charles delivered a powerful message.

In a heartfelt speech, the Prince said:

“The work of World Jewish Relief enables us to rally together, to do what we can to support people practically, emotionally and spiritually – particularly at a time when the horrific lessons of the last War seem to be in increasing danger of being forgotten.”

“I have always tried to reach across the boundaries of faith and community; to extend a helping hand wherever one might be needed,” he continued.

Here is full & powerful speech by our patron HRH The Prince of Wales on our work & why he supports it. https://t.co/shuFnL9u4R pic.twitter.com/WhiBo3fOry

As per protocol, Charles did not mention any specific political parties or figures, but many political commentators have guessed that the Prince’s staunch warning was aimed directly at President Donald Trump’s recent controversial policies towards refugees in the US, as well as the recent travel ban imposed on seven Muslim-majority countries.

During the event, Chief Rabbi Ephraim Mirvis condemned Trump’s ban as “totally unacceptable” amid the applauses.

“We as Jews perhaps more than any others know exactly what it is like to be the victims of such discrimination and it is totally unacceptable.”

This is the second time that Prince Charles has taken a strong stance against populism.

In a recent interview during BBC Radio 4’s religious Thought for the Day, His Royal Highness expressed his grave concerns over growing religious hatred:

“We are now seeing the rise of many populist groups across the world that are increasingly aggressive to those who adhere to a minority faith. All of this has deeply disturbing echoes of the dark days of the 1930s,” he said.

Charles also mentioned the struggles his own family faced during war-torn Europe:

“My parents’ generation fought and died in a battle against intolerance, monstrous extremism and inhuman attempts to exterminate the Jewish population of Europe.”

Want more Royal-related news? The Queen will be celebrating her Sapphire Jubilee on Monday!