The Rolling Stones Guide To London

Courtesy of The Rolling Stones Exhibitionism

The first ever major exhibition of The World’s Greatest Rock ‘n’ Roll Band will make its debut at the prestigious Saatchi Gallery in April 2016. Before heading to Exhibitionism, why not familiarise yourself with some of the locations in London that had an impact on the band. From musician’s block to performances, and even food, there are many places to visit to enhance your London and Rolling Stones experience.

Ever wondered how the Rolling Stones hit the top 20 for the first time? Rehearsing at this studio (Studio 51, to be exact) in Soho, the band were frustrated in their attempts to come up with a new cover song worthy of being their next single. Without success, Andrew Loog Oldham walked outside and — luckily — bumped into John Lennon and Paul McCartney, who were both emerging from a taxi. The Beatles, after hearing their challenges, offered to donate one of the songs they had written and taught their supposed rivals how to play ‘I Wanna Be Your Man.’ The Rolling Stones released the single in 1963, hitting the top 20!

Between 1957 and 1968, the Flamingo Club was London’s base of Jazz, R&B, and early British rock and mod music. On 14 January 1963, this Soho Club saw Mick, Keith, Brian, Bill, Charlie, and Stu perform together for the first time — their first full gig. Although the Flamingo Club is now an O’Neill’s pub, you can still enjoy a pint and think back to that day. 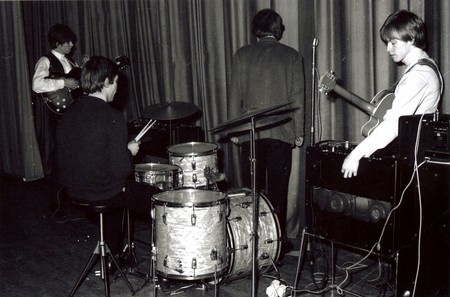 As you’re wandering along Maddox Street, when you reach 44/46 you will feel like busting a move or two, as this is where the band’s original HQ was located. Andrew Loog Oldham set up the HQ, not far from their own individual offices in a Georgian townhouse on Savile Row. 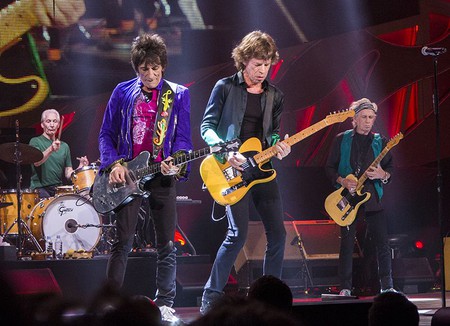 Park
Facebook
Email
Twitter
Pinterest
Copy link
Share
Map View
Everyone loves relaxing in the sunlight, enjoying a picnic, or even partaking in one of many British pastimes in glorious Hyde Park, but did you know The Rolling Stones performed a massive free concert here? On 5 July 1969, London’s biggest green space saw the band perform a 14-song set in front of an estimated half million revellers. Although the concert was two days after the death of Brian Jones, the band pulled themselves together and recruited guitarist Mick Taylor for an incredible free performance.
Open In Google Maps
Hyde Park, London, United Kingdom
Visit Website
Give us feedback 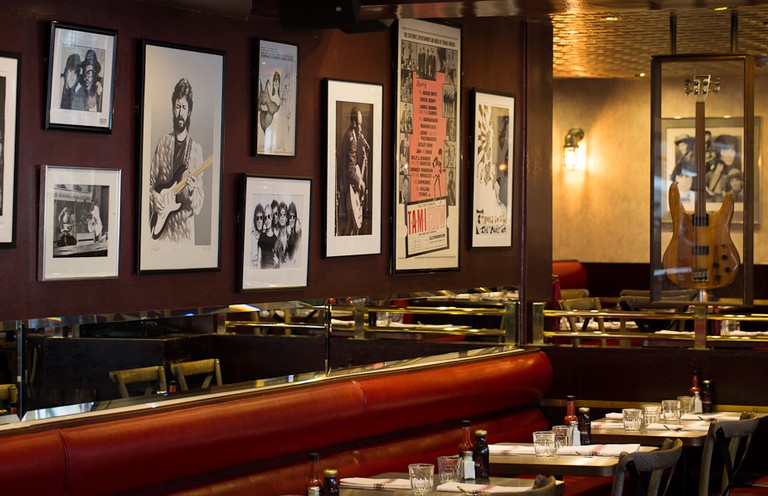 Interior of Sticky Fingers | Courtesy of Sticky Fingers
Everyone loves food, and who could love food more than the Stones’ bassist Bill Wyman, who opened an American diner-style restaurant, Sticky Fingers, as a ‘haven of good food and good times’. Why sticky food? Why not! The restaurant sells the food that Wyman loves most, those that get ‘your fingers dirty and your face sticky’ — from slow smoked beef short ribs to the classic mac ‘n’ cheese. With décor displaying original posters, guitars, and iconic memorabilia, this restaurant is a must for all Rolling Stones fans. Open daily, 12PM – 11PM
Open In Google Maps
1 Phillimore Gardens, Kensington, London, England, W8 7QB, United Kingdom
+442079378690
Visit Website
Give us feedback

Theater
Facebook
Email
Twitter
Pinterest
Copy link
Share
Map View
In this old converted theatre the Stones started channeling their ‘recording energies’ at home, rather than in America, where they had recorded many of their mid-’60s singles. It was at Olympic Studios that they found their sound once again. Not sure about the studios? The famous footage from Jean-Luc Godard’s film One Plus Onefeatures the band recording Sympathy For The Devil at the Olympic Studios itself. The studios were closed in 2009, but the building was reopened as an arts cinema and adjoining studio in 2013.
Open In Google Maps
Church Road, Barnes, London, England, SW13 9HL, United Kingdom
+442089125161
Visit Website
Give us feedback

Prestigious Cheyne Walk in Chelsea was once famous for housing prime ministers, composers, and even painters; however, it has been unofficially renamed ‘Rolling Stones Row’, as band members moved to houses along Cheyne Walk, one by one. Keith Richards bought number 3 — built in 1717 and previously home to Admiral William Henry Smyth — in 1968. In the same year, Mick moved into number 48, where he lived until 1975. Both of these houses were ideally located, as the Rolling Stones’ office was around the corner, on Munro Terrace. It wasn’t until 2008 that Ronnie Wood invested in number 103 Cheyne Walk; however, he never lived in this house, selling it two years later.

2 Munro Terrace, Chelsea, London, UK
The Rolling Stones Exhibitionism is on display at the Saatchi Gallery from 5 April to 4 September 2016.