The Ritz: Iconic London Hotel Closes Its Doors for the First Time in a Century 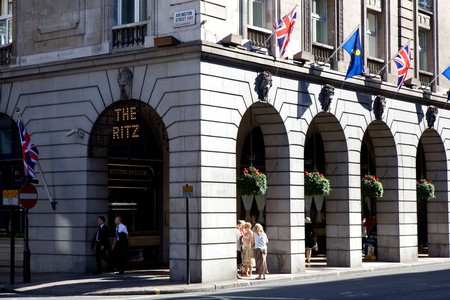 The world-famous Ritz hotel, on London's Piccadilly, has closed its doors for the first time ever | © Retouch UK / Alamy Stock Photo

The Ritz London, which became a byword for luxury and glamour, has closed for the first time in its 113-year history due to the coronavirus pandemic. Here, we take a look at the history of the famous five-star destination that inspired the word ‘ritzy’.

On 24 May 1906, one of the most lavish hotels in the world opened on Piccadilly, in the heart of Mayfair. A grand, neoclassical structure, crowned with green copper lions and fronted by horseshoe arches along its facade, the Ritz quickly became the meeting place of London high society, attracting an impressive clientele of aristocrats, politicians and the intelligentsia of the day. 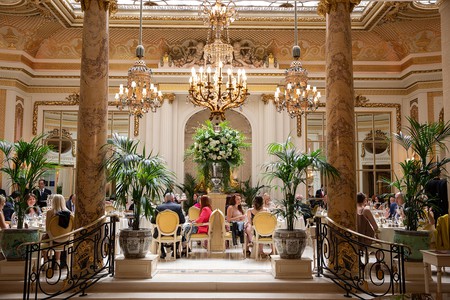 Founded by Swiss hotelier César Ritz, the Ritz was the very definition of what a luxury hotel should be. Its interiors still reflect the expensive tastes of its founder: rooms and suites are decked out in the hotel’s signature glitzy Louis XVI style, with chandeliers, gilded mirrors and marble bathrooms. (This was one of the first hotels where every room came with its own ensuite bathroom.) Its world-famous afternoon tea is served under the skylight of the airy Palm Court, an elegant Art Deco lounge, while dinner is enjoyed in the gold and salmon-pink surrounds of the baroque restaurant. 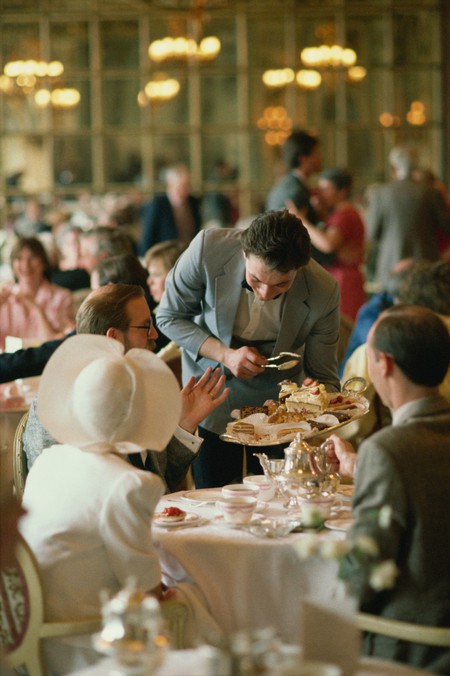 In its early days, the Ritz was notable for being the only hotel in London where unmarried women could go unchaperoned. After serving as a secret meeting place for politicians during WWI, it soon became the haunt of glamorous socialites during the 1920s and 1930s. While the hotel kept its famous clientele largely under wraps, Charlie Chaplin’s stay in 1921 saw crowds of hysterical fans gather outside the hotel entrance, and the actor had to be escorted into the lobby by 40 police officers. 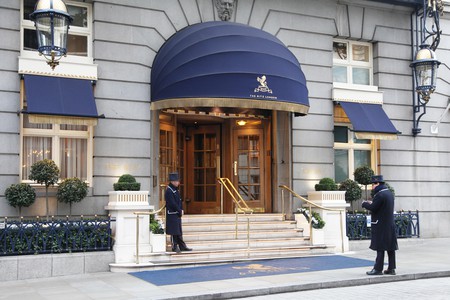 The Ritz was one of the first hotels in London to be built with steel framing, which helped it survive both world wars | | © Stephen R. Johnson / Alamy Stock Photo

During World War II, the Ritz not only survived, it thrived. Owing to its steel framing and concrete floors, the building remained intact, suffering only a few shattered windows from air raids. Its underground restaurant, the Grill Room, became a bomb shelter-turned-nightclub known as La Popote, while above ground, the hotel served as the primary residence for politicians and aristocrats seeking a safe place to stay. Winston Churchill held several meetings in the hotel’s Marie Antoinette suite during the course of the war. 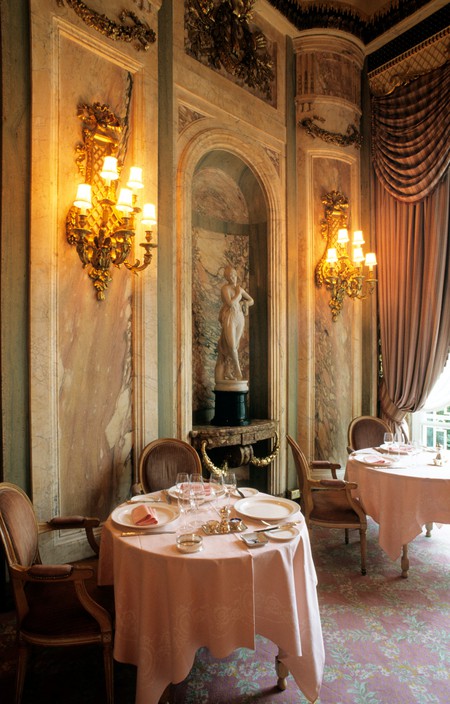 The following decades at the Ritz were marked by a mix of scandal and glamorous frivolity. A number of high-profile suicides were recorded in the 1940s, including those of horse trainer Peter Beatty and French gangster Baron Pierre de Laitre. Despite this, the hotel continued to attract the the world’s elite throughout the 1950s; it was in 1951 that American actress Tallulah Bankhead famously sipped champagne from a suede slipper during a press conference at the hotel. 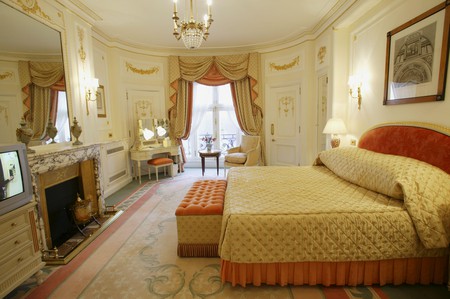 The Swinging Sixties brought a shift in social attitudes towards the aristocracy, and as London’s social scene moved out of private lounges and onto the city’s fashionable West End streets, the Ritz fell into a period of decline. Nonetheless, its impeccable standards were maintained; Mick Jagger was reportedly turned away for ignoring the afternoon tea dress code.

In 1995, a £40 million refurbishment saw the Ritz restored to its former glory. The Louis XVI, Versailles-inspired furnishings were kept, while rooms were given a rococo colour palette of blues, pinks and yellows. Stepping through its revolving doors was, and remains, the luxurious experience it was 100 years ago. Afternoon tea at the Ritz is a quintessential experience not only for guests at the hotel, but for all those visitors coming to London.

According to the Ritz’s website, the hotel will reopen “as soon as it is safe to do so”.