The Rise And Fall Of London Records

London Records was briefly one of the most successful record labels of the 1960s, largely thanks to its star act, The Rolling Stones. However, its mixed fortunes since reveal the difficulties independent record labels have in surviving. Culture Trip charts the rise and fall of London Records, and reflects on what its story says about our current, digital file-sharing era. 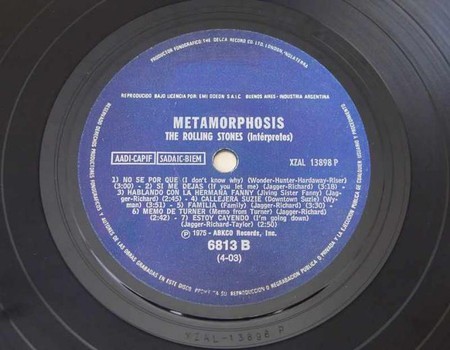 The music industry is shrinking. The old labels are dying. Digital upstarts, slick and trendy, are edging the once famous labels closer to the confines of history. Yes there has been a surge in purchases of vinyl records, but the practice of file sharing, and a shift in preference toward live performance, means the actual sales of music are down considerably. This has forced many of the old labels to merge, become subsidiaries, or in several cases disappear completely. Fortunately for those in danger of being forgotten, their stories remain entwined with those of their former artists, defining eras and movements, as is the case with iconic 1960s label, London Records.

Formed as a result of the split between the British and American branches of Decca in the 1940s, the London label was designed to be British Decca’s American distributor. At the time Decca had been establishing itself as a major, and pioneering classical music label, thanks largely to its use of technological advances such as stereophonic recording, and the introduction of the LP, which saw it release complete performances of major Classical pieces for the first time. A reputation for innovation will only get a label so far though. It’s the artists they release that really make them what they are.

Take Sun Records for example – its place in music folklore is without question. This is because its name is synonymous with its one-time stars: Elvis Presley, Roy Orbison, and Johnny Cash. Today that relationship between artist and label, at least in a credibility sense, remains much the same. It works both ways. Labels trade on the names of their established artists to attract investment and talent, and thanks to their recognised credibility labels can push new acts in a way less prestigious brands would be unable to. For London Records this sort of standing took time to acquire. In fact it wasn’t until a wave of young British bands began producing their own take on the fast, aggressive, music, blossoming in America, that London had an act it could build its name upon. 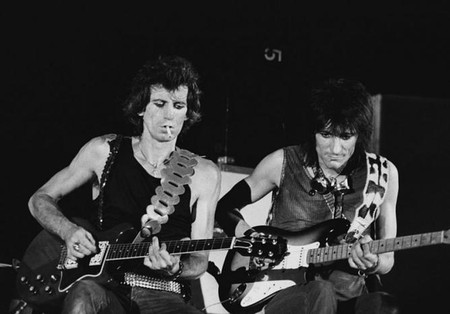 Having continued on its course to carve out a reputation as a leading classical music label throughout the 1940s and 1950s, by the time the 1960s were in full swing Decca was in danger of being cast adrift. The rapid and meteoric rise of rock ‘n’ roll had coincided with a shift in consumer spending towards a new, vibrant, youth-centred market, and Decca was keen to become a part of it. Having already famously turned down The Beatles, believing that guitar groups were on the way out, Decca offered The Rolling Stones a highly lucrative contract, unheard of for a new act at the time, in order to secure their services. And it was with this signing the London Records’ name was established, thus beginning a defining golden age in the labels history.

Now regarded as the band’s most creative and productive era, The Rolling Stones time on the London label saw the release of many of their finest recordings, such as Beggars Banquet (1968), and Let It Bleed (1969). What was also unique about the band’s time on the London label was the common practice of UK-released albums being repackaged for the American market. In many cases this lead to different tracks, covers, even sleeve notes. So the for first five Stones albums released in the UK there were actually seven released in the US, albeit fleshed out with b-sides. This meant the Stones’ US albums during that period were actually distinctive London records, with titles such as 12 X 5 (1964), The Rolling Stones, Now! (1965), and December’s Children (And Everybody’s) (1965), which were unavailable in the UK. As the 60s drew to a close though, it was becoming increasingly clear that the band were looking to move on.

The eventual departure of The Rolling Stones was a huge blow to London Records, as it would have been for any label at that time. At this stage in their career, with their popularity at its peak, the move did make sense for the Stones. They had outgrown their label, and management, and once their contract was through the band set-up Rolling Stones Records, effectively going it alone. For London’s part a slow process of re-branding began. They did release a series of cash-in Stones re-issues, including the hugely successful compilation Hot Rocks 1964-1971, and the rarities album Metamorphosis (1975), but they never managed to repeat the successes previously achieved. With the glory days well behind them then, and following on from the sale of parent company Decca to PolyGram, London Records was forced to set out on a new, more independent, course. 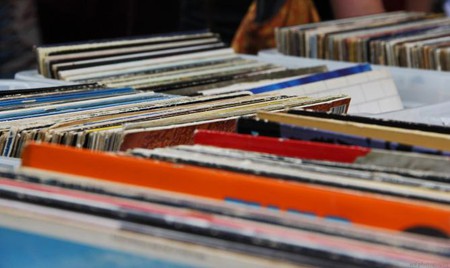 Life as an independent label can be a much tougher nut to crack though. The margin for error is far smaller, and the competition to sign top artists is more intense. During much of the 1980s London had to rely on regularly charting acts such as pop starlets Bananarama for hits. Rival independent labels, fresher and leaner, such as Factory, or 4AD, managed to set themselves apart by cultivating a distinct look, and sound, then combining it with intense new bands like Joy Division and Bauhaus. But by the beginning of the next decade, thanks to a lethal mix of idealism, drugs, and bad business management, one of these innovative new labels would come under the control of London, and help them re-launch for one last hurrah.

As the 1990s began to take shape Factory Records found themselves in serious financial trouble. New Order and The Happy Mondays, Factory’s most successful acts, had run up huge debts, putting a severe strain on the label. London had long held an interest in buying Factory, so negotiations began on a takeover. During these talks however it emerged that due to the nature of the contracts bands such as New Order and The Happy Mondays had signed with Factory, the label didn’t actually own the rights to any of the band’s back catalogues, the bands did. This meant London didn’t have to deal with Factory at all, and so no sale was made. By late 1992 Factory Communications Ltd was officially declared bankrupt.

New Order, and other Factory acts did eventually sign for London Records, forming the basis of what would become known as London 90. This proved to be a kick start towards a series of chart successes for the label with bands such as East 17, and All Saints. As the turn of the century approached however a series of buy-outs saw London eventually begin distributing via the Warner Music Group, and in America, they were merged with Sire Records to become London-Sire. Diluted, marginalised, London’s roster quickly shrank, and what was once the label behind the greatest rock ‘n’ roll band on the planet became nothing more than a budget hits subsidiary.

Today it appears the time on labels like London and Decca has been called. They are the names of the past, woven into the fabric of a different time. Only the ‘Big Three’, of Universal, Sony, and Warner remain, as well as a clutch of independently run labels like Domino, and XL. But as each new generation discovers the great acts of yesteryear, via festivals, and the release of ever more compilations, the names of London, Decca, and Factory, will live on in the collective music psyche. For London, much of their fate rests with the new Stones aficionados, seeking to get their rocks off with the bands definitive recordings. What they will find will be a collection of blisteringly rebellious rock, and blues, records, made in those brief, but glorious, London years.