The Return of the King: Treasures From Tutankhamun’s Tomb Final Tour 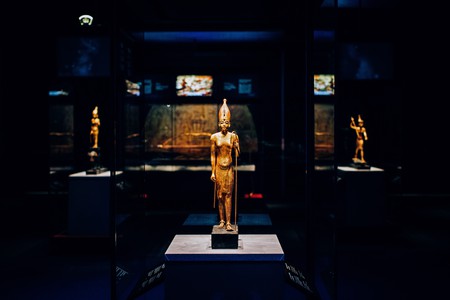 More than 150 ancient artefacts are on display at the ‘Tutankhamun: Treasures of the Golden Pharaoh’ exhibition at London’s Saatchi Gallery | © IMG

Back in 1922, Howard Carter’s remarkable archeological find in Egypt caused shockwaves and captured imaginations around the world. The tomb of Tutankhamun housed treasures that have since become a part of popular culture. Today, more than 150 artefacts discovered from this original excavation are touring the world, before settling into a new permanent space in Giza. 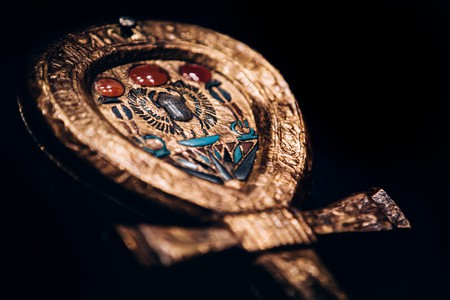 Tutankhamun: Treasures of the Golden Pharaoh began its tour in Los Angeles before moving to Paris, where it became one of the most popular exhibitions ever shown in France. London is the third stop on the international tour – with additional venues lined up in Boston and Sydney, plus several more cities around the world. The reason for the mammoth tour is simple: this is the final chance to see the artefacts outside of Egypt, with a new purpose-built space nearing completion in the outskirts of Cairo.

The first thing that strikes you about the exhibition in London is the meticulous curation and presentation. Great efforts have been taken to highlight the story behind each of the objects in the collection, all of which date back some 3,000 years and were entombed, undisturbed for millennia alongside the pharaoh’s body. An introductory video guides you through the first part of the tour, exploring both ancient Egyptian culture and the events that surrounded the discovery of the tomb almost a century ago.

The exhibit is particularly fascinating in exploring the narrative of Howard Carter, the Egyptologist and archeology expert who discovered the tomb of Tutankhamun after an exhaustive search in The Valley of the Kings. Rather than simply focus on the public impact of this momentous archaeological find, the exhibition maps the personal significance of the discovery for Carter, whose name made its way into the history books, alongside this forgotten pharaoh who is now perhaps the best-known Egyptian king. You can also learn more about Hussein Hassan Abd el Rassuhl, the 12-year-old waterboy who initially alerted the archeological team about a staircase entrance that eventually led to the great discovery. His name is often overlooked in history books, but here it is an important part of the story. 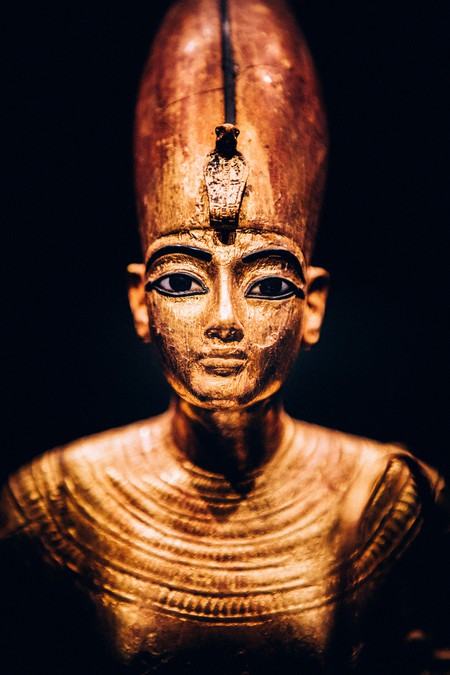 Tutankhamun’s image was carved into multiple locations around his tomb, and often gilded for the golden pharaoh | © IMG

Around 60 of the treasures on the tour have never left Egypt before, which has added to allure of this in-demand exhibition. Jewellery, wooden sculptures, gilded ritual items and practical objects have been kept in remarkable condition thanks to a combination of careful preservation following the 1922 discovery, and the initial sealing of the tomb following the death of the young ruler. The vividness of the cobalt blue detailing on some of the sculptures looks as if it were added yesterday, while the ornate designs of the jewellery wouldn’t look out of place on a couture catwalk today.

A virtual reality experience towards the end of the exhibit takes you through the tight tunnels and rooms of the tomb itself, for a truly immersive look at what Carter and his team found.

Tutankhamun barely made it into adulthood before his untimely death at the age of 19. The king was the last of his family to ascend to the status of pharaoh during the 18th dynasty of the New Kingdom. Subsequent rulers attempted to erase his memory and name, but thanks to Carter’s efforts and the good fortune that kept grave robbers at bay, Tutankhamun is a name that will stand the test of time.

The Grand Egyptian Museum will house these artefacts and thousands more when it opens in the shadow of the great pyramids of Giza. When completed, the museum will be the largest in the world dedicated to a single civilisation and will house the complete Tutankhamun collection.

Tutankhamun: Treasures of the Golden Pharaoh presented by Viking Cruises is open now at the Saatchi Gallery until 3 May.