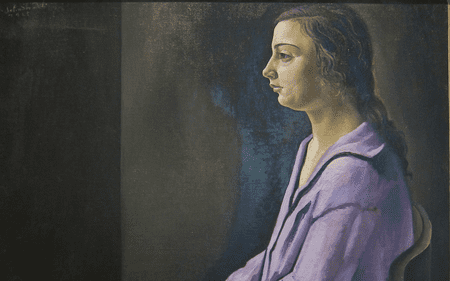 Painted by Salvador Dalí in 1925, Figura de perfil (La Hermana Ana María) is a lesser-known depiction of the artist’s sister that once stirred controversy for its provocative nature. After nearly 100 years in a private collection, the painting will go on sale for the first time in March.

Figura de perfil depicts a seated Ana María looking out a window to the Cadaqués coastline in Spain. With her back to the viewer, Ana María’s unusual positioning makes her bottom a subtle focal point – a feature reminiscent of Dalí’s less subtle painting, Young Virgin Auto-Sodomized by the Horns of Her Own Chastity (1954). 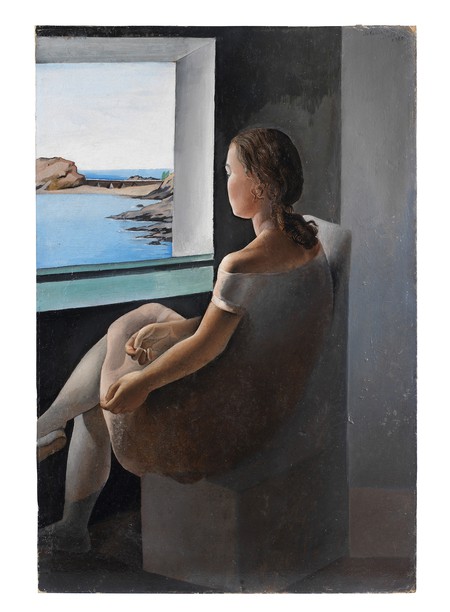 It’s said that Figura de perfil inspired Young Virgin Auto-Sodomized by the Horns of Her Own Chastity, as the “young virgin” bears a similar positioning to Ana María (above). Two horns on either side of the girl’s body converge to depict her buttocks, serving as an overtly sexual focal point in the latter painting.

The aesthetic similarities between Ana María and the “young virgin,” paired with Dalí’s tendency to paint Ana María from behind, called into question whether the artist harbored a level of sexual interest in his sister. It was later discovered that the girl in his 1954 painting was inspired by an image in a pornographic magazine from the 1930s, which only fueled the fire.

Salvador Dalí maintained a close relationship with Ana María for some time, particularly after their mother died from breast cancer when the artist was 16. Dalí supposedly created a substantial portfolio of works depicting Ana María, but Figura de perfil was the only one he ever gifted her. The Cadaqués coastline where they summered as children was of great significance to them both.

After the artist published intimate details of their family life in his autobiography, The Secret Life of Salvador Dalí (1942), his relationship with Ana María rapidly declined. She vengefully published Salvador Dali as Seen by his Sister (1949) in response, and gave Figura de perfil to another family with whom it remained until now. Art historians have proposed that perhaps Dalí vindictively painted Young Virgin to resemble Figura de perfil as a result of their feud.

Boasting an estimated price point between £800,000 and £1.2 million, Figura de perfil will go to auction as part of Bonhams Impressionist and Modern Art sale on March 2nd, 2017.