The Queen Finally Watched 'The Crown' and Here's Her Verdict 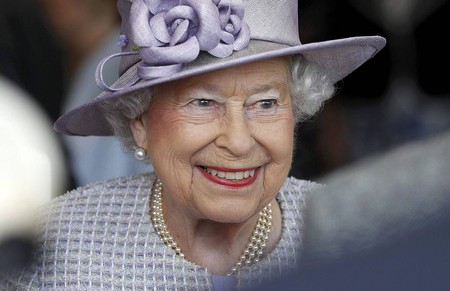 It turns out the controversial Netflix show has been quite the hit with the royal family.

In a show that focuses on the most personal aspects of Her Majesty’s life, it’s no surprise that viewers all over the world were going to go gaga for Netflix series, The Crown. If you haven’t seen it (gasps) the first season of the show focuses on the early years of Elizabeth II’s reign, and touches on all sorts of sensitive issues, including her ‘rocky’ marriage to Prince Philip, the death of her father, King George VI, and her relationship with her late sister, Princess Margaret.

Whilst everyone was glued to their mobiles, TVs and laptops, watching the drama unfold, one question was on everyone’s minds: does the Queen actually watch this? According to Vogue she has, and surprisingly Her Maj approves.

A senior royal source has said that the Queen has watched all of season one and liked it (Claire Foy and Matt Smith are currently running around the palace mad with joy). So, how did the longest reigning Monarch in British history suddenly end up watching a show about her life? It’s all thanks to Prince Edward (her son) and his wife, Sophie, Countess of Wessex. Both huge fans of the show, it turns out they had been watching a few episodes of the Netflix drama with the Queen in the background, and after a little begging here and there, convinced the 91-year-old monarch to watch it.

It doesn’t end there, though. The Queen’s granddaughters, Princess Eugenie and Zara Tindell have also been quoted as saying that they are huge fans of the show (gasps again).

Filming has just finished on season two of The Crown, which will again star Claire Foy as Elizabeth II and Matt Smith as the Duke of Edinburgh, and will cover the Queen’s life between 1955 and 1964.

We bet Her Maj can’t wait.

Want more Royal news? This is what The Queen eats everyday!

And if you were wondering, this is how Claire Foy felt about playing Queen Elizabeth II!