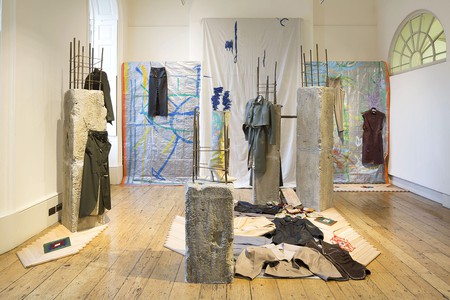 Since 2012, London Fashion Week has been working to increase diversity in the fashion world by showcasing young designers twice a year in events at Somerset House. Hailing from Georgia to Sri Lanka, these designers’ work is united by a unique sense of heritage and place.

“I think it’s the relationship between a location and its values that tells you the most about a designer,” says Niamh Tuft, the curator behind the International Fashion Showcase (IFS). “Designers are cultural communicators. They’re the go-betweens of their own cultural background and a global audience.”

Taking place at Somerset House during London Fashion Week, the most recent event saw 16 designers from 16 countries present their work in a way that reflected the cultures that inspire them. The IFS program celebrates emerging design talent in partnership with some of the city’s biggest names, the British Fashion Council, London College of Fashion and University of the Arts London. 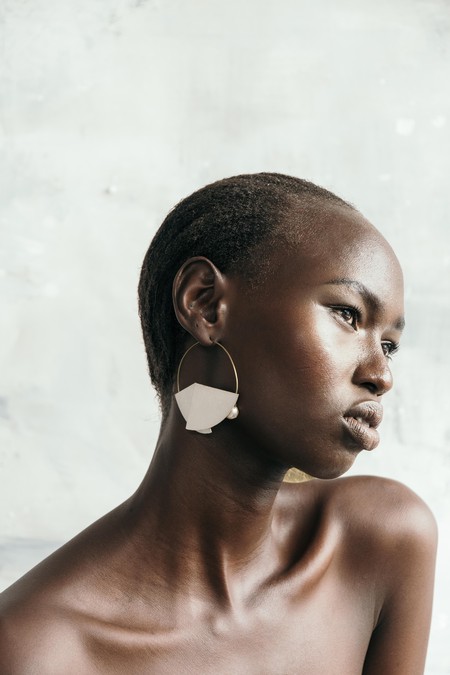 Among those featured in the 2019 show were Sri Lankan designer Amesh Wijesekera, who was brought into the spotlight by the Mercedes-Benz Fashion Talents program, and Kenyan jeweller Ami Doshi Shah. “Where you grow up informs so much about who you are as a person,” says Shah, whose sculptural pieces are made using local materials and inspired by the beauty of the Kenyan landscape, which she describes as “magical, alien and a little eerie.”

“Kenyan designers take a slow approach to making and creating, and I think that’s the direction that a lot of European designers are heading in,” she says. 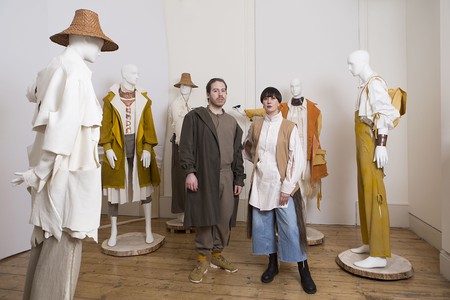 Canadian-born Curtis Oland promotes a similar message. Drawing from the relaxed way of life that he grew up around, his designs promote a sense of calm. “I want people to slow down and think about the materials that they have, who made the clothes they wear and what they really mean,” he says. “London is a hard city. There’s so much chaos, and people constantly feel like they’re not good enough or fast enough. They don’t really think about the earth beneath their feet.”

Vancouver and its landscape are constant sources of inspiration for Oland. “Every day I wake up and I see a mountain next to a rainforest. That’s what excites and motivates me.” 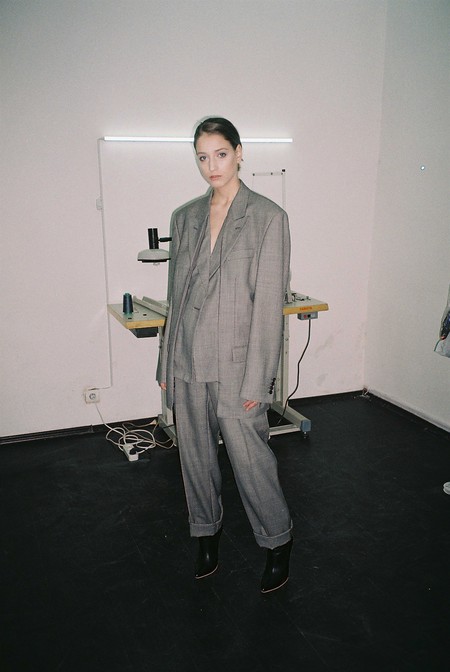 In contrast, Georgian designer Irakli Rusadze’s collections stem from a desire to feel free in a country with a dark and turbulent political history. His label Situationist is the best-known of the exhibition; it features on the Tbilisi Fashion Week schedule each season and is stocked in luxury British retailer Browns.

“In Soviet times, a certain style of clothing was imported from Russia. Now, people are discovering individualism, and as a result, the way that we dress is changing,” he says. “We are making our own clothes. Creativity is happening. For us the fashion industry feels very new.”

His aesthetic feels unique to its home country. Khaki-green, camel and brown dominate the colour palette, and discreet yet considered details elevate minimal silhouettes. For IFS, Rusadze collaborated with two local artists to add further depth to his collection. “I wanted to show the depths of creativity in Georgia,” he says. “I think we have a very niche look. People are coming to Tbilisi for Fashion Week now – the industry is recognising it as somewhere to take note of.”

Tuft says, “Talent comes from anywhere, and with the right support it can flourish on a global stage. Being able to transport an audience to a specific and real place through an exhibit is powerful. It’s a way of designers inviting the public into their world.”