The Nomadic Chef Behind Noma Mexico Is Settling in London 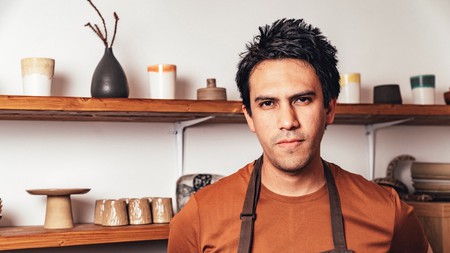 Santiago Lastra has spent a decade moving between the world’s best restaurants, and has picked London to be the city where he really leaves his mark.

You would not expect 2020’s most anticipated menu to be developed in the kitchen of a semi-detached in Acton, on the suburban outer edge of West London. But this duplex-cum-laboratory has been the home of chef Santiago Lastra for the last year – the site of countless trials, tastings, failures and successes, which we won’t get to try until the opening of Kol, his first restaurant, at the start of 2020. “It was cheaper to rent out a place than to get a proper test kitchen,” Lastra says, “so here we are.” 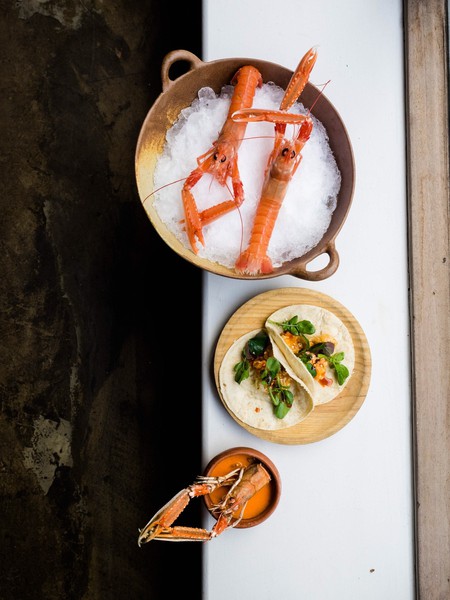 His ambition for Kol is simple but novel – to make food that is Mexican to its bones, but made entirely from British ingredients, treating the United Kingdom as if it were another state in Mexico.

The excitement for Lastra’s debut restaurant is at a fever pitch, and with good reason. Despite being for all intents and purposes a young chef, opening his own place at the tender age of 29, he already has an unimpeachable CV, and a remarkable passion for his craft.

He works from the philosophy that Mexican cuisine, which “spans across a landmass the length of Morocco to Finland,” is a flexible one that is underlined by the interplay of certain flavours. Therefore, his food can be a composite of anything, from anywhere, so long as it feels – and tastes – Mexican. 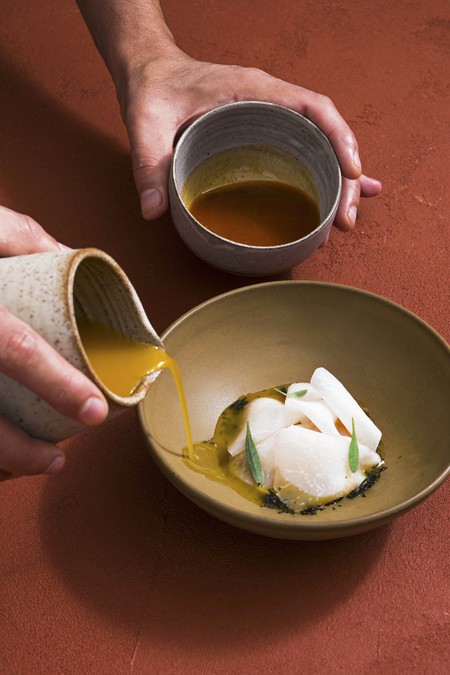 Lastra’s conception of a salsa is a perfect illustration of Kol’s approach: all of the classic sensations are there, but in place of sharp ripe tomato, you get slices of pickled green strawberry; habaneros are exchanged for charred scotch bonnets; lime juice for the brine from fermented gooseberries; coriander for the peppery tang of foraged sea arrowgrass, a beach weed that tastes uncannily like fresh coriander stalks.

In the few select tastings he has given to London’s culinary cognoscenti, he has won over all the right people: he even won Chef of the Year at this year’s Young British Foodies awards – which is no small order, since Kol is still a few months from opening. 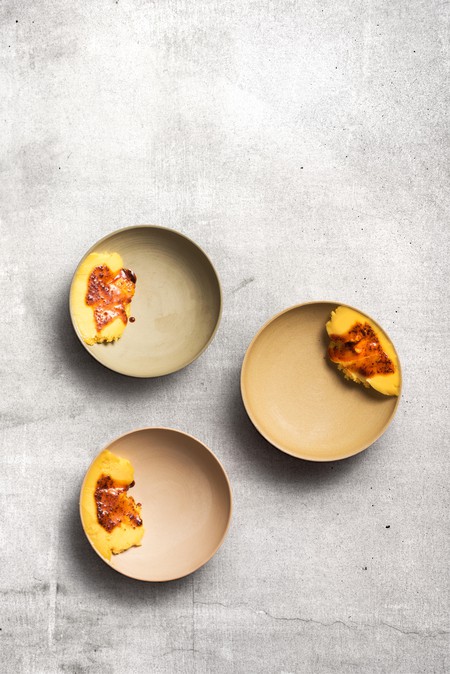 He is at last settling down after a peripatetic career, having left Mexico at 18 to chase the ever-shifting food scenes of the time: first to the long-established kitchens of France, then to the gastronomic temples of Spain, then to the boomtown of Copenhagen. “When I got to Denmark,” he says, “they told me that the food scene had shifted to Latin America – the place I was trying to get away from! But I was happy, so I stayed in Copenhagen.”

He worked in a number of the city’s restaurants, but more importantly, found himself in the pioneering Nordic Food Lab under the guidance of its head, Roberto Flore. Taking on the lab’s methodical approach to food, Lastra delved into simple processes like tortilla-making with scientific rigour, learning why things were done a certain way, instead of merely how. Flore would later describe him as “one of the most passionate interns to ever work at the lab.” 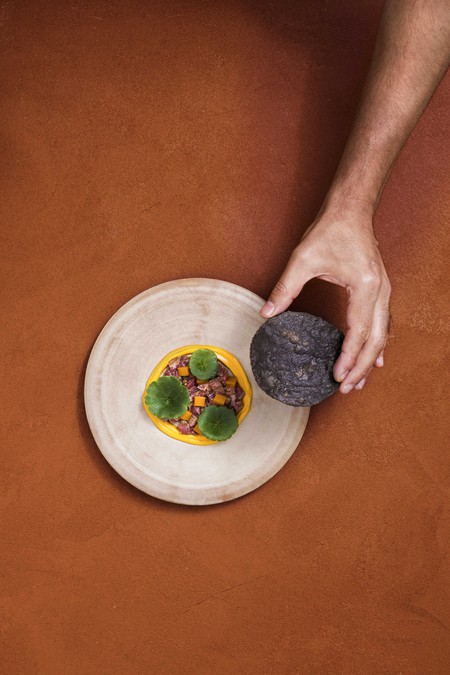 What would follow, however, would cement Lastra in fine-dining folklore. He was approached by René Redzepi to lead the planning for Noma’s pop-up residency in Tulum, being tasked with sourcing all the native ingredients he could find, and then organising their supply to the restaurant.

When he landed, he had to buy – yes, buy – a driving license, and then tour all eight Mexican states for research, a process which taught him a great deal about his country’s cuisine. He clocked 7,000km (4,350mi) in one week in the Yucatan alone, foraging, sourcing and meeting with indigenous communities. “You can go to a town and ask for a recipe for mole,” he says, “and it changes every time. Some use this nut, this chilli, this seed, this fruit. Mole is a concept, not a fixed recipe. But even a hundred different variations of mole are still mole.” 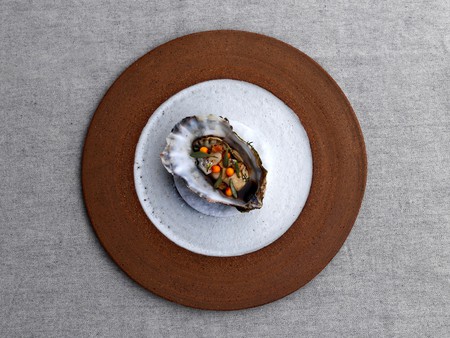 An oyster, blanched and served in its shell with sea buckthorn – a nod to Copenhagen, where he spent time training, as well as Mexico | © Jason Loucas

Still working with the same manic fervour of the Noma Mexico project, Lastra has set about opening Kol entirely from his own steam. After choosing London, he courted investors; hosted pop-up dinners, residencies, event appearances; found and built his test kitchen; and spent all of his time labouring over every detail of what will soon become his restaurant.

No stone has been left unturned. It took him six months to settle on the perfect design for his leather tortilla pouches. He tracked down British-based potters to craft his stoneware, looking deliberately for someone who did it as a side-business, so that the commission from Kol could allow them to go full-time.

He has travelled the length and breadth of the United Kingdom to seek out the very, very best – Welsh lamb, Scottish langoustines, Cornish skate and so on. “Whenever there’s a slither of free time,” he says, “I get straight on the train to a farm or a fisherman!” 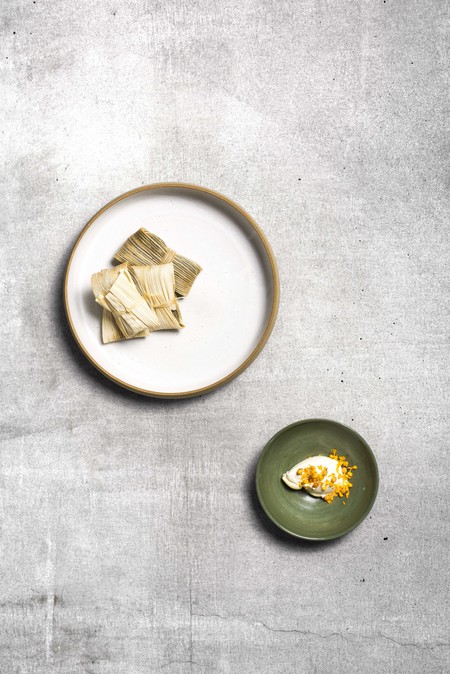 Lastra has been stylised as the ‘Nomadic Chef’, and not without basis – Kol will be the first time he has really put roots down in his adult life. He has been popping up, for a night or two or three, across all of Europe since the end of Noma Mexico. One night, you could find him in Lyon, only to find him in Budapest the week after, and then Kyiv the week after that – constantly learning, cooking, talking, prepping, serving.

“I’d been living out of a suitcase for ten years,” he says. “I wanted a home – somewhere to hang up my clothes. So I made a list of where I wanted my restaurant to be: it had to be somewhere that spoke English, where the local outlook is open and multicultural, and where they already knew what Mexican food was,” Lastra says, “So, where else but Central London?”

And he is already prompting a clamour in the capital, wherever he chooses to appear. His stints at Carousel in Marylebone pack out the house; his month-long ticketed residency in Borough Market‘s Mimo sold out in three days.

He’s hosted banquets at Tate Modern and the V&A, and has had the rapper Professor Green, and singer Jessie Ware, at his house for tastings. The stage is set for Kol’s opening next spring, and now it’s over to Lastra to deliver. If he does, you could be hearing about him for a good while yet. 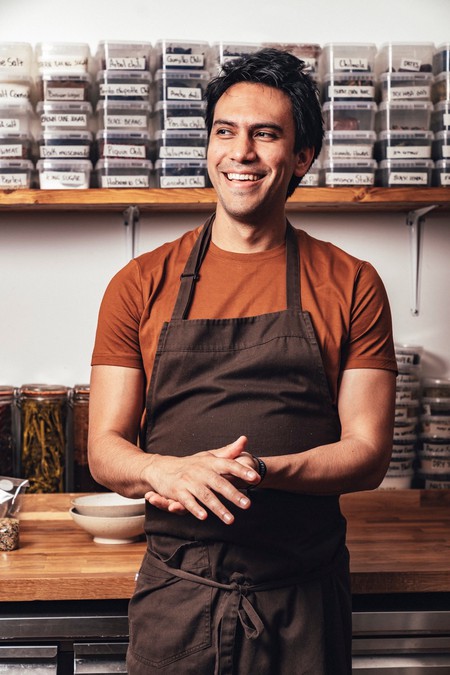 Santiago Lastra in his test kitchen, surrounded by jars and tubs of spices | © Haydon Perrior
Give us feedback