War has been a source of inspiration for filmmakers since the early days of cinema. WWII, which was fought in many parts of the world from 1939 to 1945, claiming the lives of over 60 million people, has left an indelible mark on the medium. Ahead of VE Day on 8 May, here are some of the greatest films to remind us all what the battle was fought for.

These movies stand out in a crowded genre and stay with you long after the credits roll. Some are fantastically entertaining, whereas others don’t shy away from highlighting the brutalities of war.

The conventional war film had all but disappeared from modern cinema until Spielberg launched his revival. Perhaps only a director of his stature could secure the budget and cast from an uncompromising film like Saving Private Ryan. Tom Hanks leads a group of reluctant soldiers on a mission to rescue the titular Ryan (Matt Damon) and the film is full of well-crafted set-pieces including the blood-drenched Normandy landing sequence that shocked audiences when the movie was released. 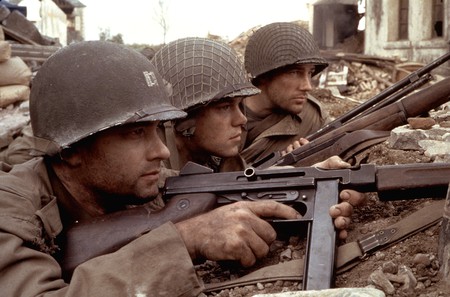 Released in the same year as Saving Private Ryan, but opting for an entirely different tone, Terrence Malick lured in an incredible cast for his contemplative essay on the horrors of war. Featuring reluctant protagonists as well as gruff American generals, the Pacific setting shows audiences in the 1990s a side of the war they had not seen for a number of years. The score by Hans Zimmer and sweeping cinematography are incredibly powerful. For some critics, this is definitely a winner in comparison to Spielberg’s film. 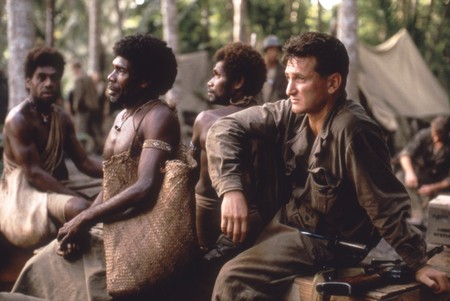 As a self-confessed fan of the genre, it was inevitable that Quentin Tarantino would make a war movie at some point in his career. Inglorious Basterds (a remake of a 1978 movie) is a peculiar beast as it maintains a lot of the tropes we expect a war movie to have, but also a lot of the trademark flourishes the director is famous for. The chilling opening sequence sees a perfectly cast Christoph Waltz calmly interrogate a farmer over the whereabouts of a missing Jewish family. It’s a scene that sets up the following film perfectly and it’s not long before the likes of Brad Pitt, Michael Fassbender and Mélanie Laurent enter the fray. 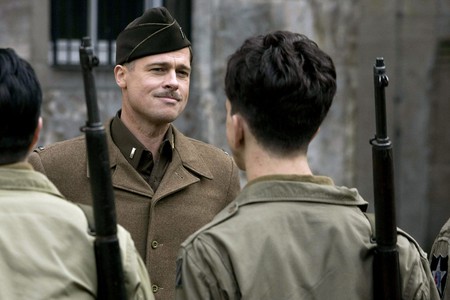 Unfairly labelled as ‘The Longest Film’, this is an admittedly epic piece of cinema that clocks in at almost three hours, but justifies its lengthy runtime by telling the story of the D-Day battle from multiple viewpoints. The film has a huge cast and was a massive hit when it was released. A number of the actors featured in the movie served in WWII and were able to bring first-hand experience to the action.

A powerful depiction of the last days of Hitler‘s inner circle, Downfall is also the film that has spawned countless memes and parodies. You could argue that the sequence of the irate German dictator lambasting his muted generals in a bunker is even better known than the movie it comes from. You will have seen this scene redubbed or with modified subtitles to depicts everything from a failed video game launch to the collapse of Manchester United’s title defence.

The horrors inflicted by the Nazi regime against mainly Jewish populations across Europe are so brutal, they can often be hard to imagine. Steven Spielberg, a director previously best-known for summer blockbusters like Jurassic Park (1993) and Jaws (1977), chose to make this film as an unflinchingly honest portrayal of the darkest moments of the 20th century. The story of Oscar Schindler, played wonderfully in the movie by Liam Neeson, is the hook, but the lasting memories will be of the grim concentration camps and the unnamed victims that are sometimes overlooked by war films. 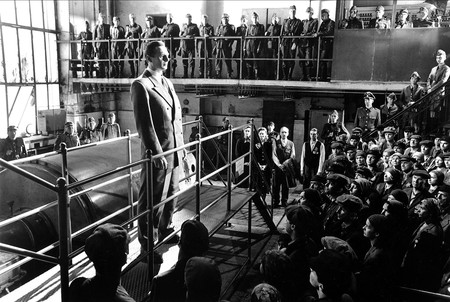 The intense heat of the Saharan desert is brought vividly to life in this British movie set almost entirely in an armoured ambulance. Captain Anson (John Mills) leads his small group of disparate characters across the dunes of northern Egypt in an attempt to get to the safety of Alexandria. The final scene, of Anson deliriously anticipating his well earned beer – the ‘ice cold’ one of the title – is joy to behold. We’ve all been there – there is nothing that can match the pleasure of a hard-earned beverage at the end of a long day.

Clint Eastwood isn’t the first person you would think of to deliver an even-handed take on WWII. This Japanese-language movie is a companion piece to the overtly patriotic Flags of our Fathers, but is a far better film thanks to its more sombre tone. The Battle of Iwo Jima was a hugely important moment in the war, with the strategically important island at the centre of the conflict. Watch both movies to get a better idea of what human impact is of such global events.

The light-hearted reputation this film has garnered as a Sunday afternoon family favourite is slightly off-putting for some. It’s certainly a fun film in places, with a killer theme tune and an iconic performance from Steve McQueen, but that shouldn’t take away from the rest of the excellent cast or the darker themes at play here. There are so many memorable moments from the movie that it would take all day to list them, but chances are you will have already seen them mimicked in other forms of media. 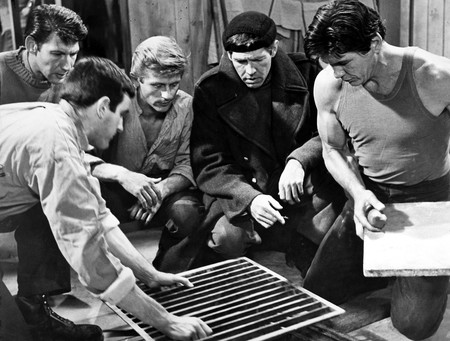 The prototype for the ‘men-on-a-mission’ sub-genre that films like Inglorious Basterds so readily followed, this effort sees an all-star cast (Lee Marvin, Charles Bronson and Telly Savalas to name a few) embark on a suicidal mass assassination attempt behind enemy lines. The film oozes machismo and is tremendously entertaining, it’s obvious the actors are having a great time making the movie.

Christopher Nolan has cemented his position as the king of the intelligent blockbuster, and having explored superhero films and science-fiction, the set about tackling one of the seminal events from WWII. As Allied troops are pinned down on a beach in northern France, a desperate rescue attempt is launched. Dunkirk being a Nolan film, you also get a thumping soundtrack, some trickery involving narrative structure and a muffled Tom Hardy. 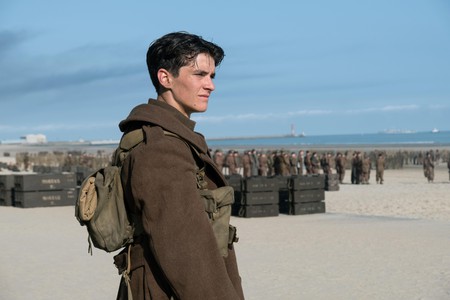 This claustrophobic German submarine drama came out at a time when few films about WWII were being made. Fewer still were showing the conflict from the perspective of the Germans, so this was a surprising release that went on to garner international acclaim. The soldiers serving in the undersea capsule generally lead a mundane existence, something which is in direct contrast to the fierce battles on the surface. The ‘normality’ of people going about their daily routines becomes the fascinating subject of this effective drama.

We had to include one of the bridge films, and A Bridge too Far (1977) just misses out in favour of this Burmese-set film about British prisoners of war who are forced to build a river crossing for their Japanese captors. As you can expect with David Lean at the helm, this is a beautiful film to look at and Alec Guiness turns in a magnificent performance as a man who takes on the task of building the bridge as personal mission. His desperate need to complete the bridge becomes a horrifying obsession to observe.