The Most Beautiful Cities in the World 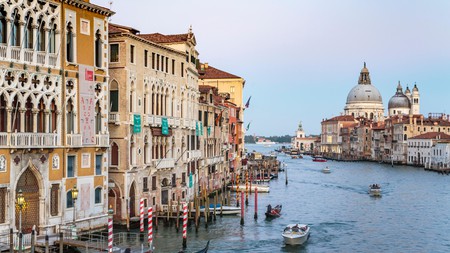 The Grand Canal in Venice, one of the world's most photogenic cities | © Europe / Alamy Stock Photo

Where to travel next? Not an easy question to answer. So why not start with some of the world’s most beautiful places? Culture Trip lists our pick of spectacular cities that should be at the top of your list.

We’ll start with one of the obvious choices. Venice has a reputation for being overcrowded these days, but don’t let that put you off. Famed for its series of canals that divide over 100 islands, with views that will take your breath away, Venice is an Insta-ready dream. Elegant bridges and stunning 16th-century palazzos and squares offer the perfect backdrop for couples and honeymooners. The Veneto region was one of the hardest hit in Italy at the peak of the coronavirus outbreak, but it won’t be long before tourists return. 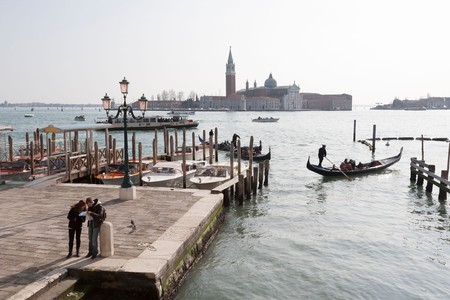 Unlike our previous entry, St Petersburg still has to sell itself to curious travellers looking for a beautiful getaway. Anyone who has visited this Russian port on the Baltic Sea, however, will attest to how breathtaking the city is. A hint of the Nordics permeates throughout, not surprising when you realise it sits at the head of the Gulf of Finland, yet the environment is unmistakably Russian. Be sure to visit the Hermitage when you’re here – the museum, founded by Catherine the Great in 1764, houses the second largest art collection in the world, and illustrates why the city is Russia’s cultural capital. 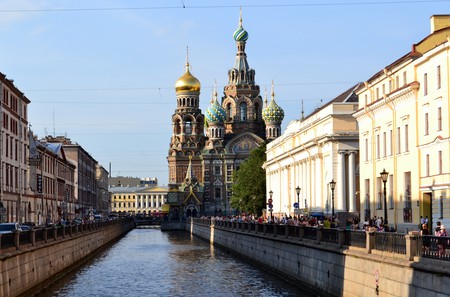 St Petersburg is home to striking architecture, including the former church of the Savior on Spilled Blood, now a museum | | © Konstantin Glukhovskyi / Getty Images

In terms of visitor numbers, Kyoto is still overshadowed by other Japanese cities such as Tokyo and Osaka, but its Kyoto’s traditional aesthetic that is the most pleasing to the eye. With its ancient shrines and temples, it is still considered one of Asia’s major cultural hubs, and it’s easy to see why Kyoto was the imperial capital of Japan for over 1,000 years. 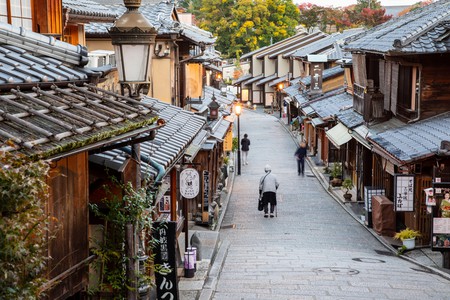 Officially recognised as the capital of Scotland since the 15th century, Edinburgh has a rich cultural heritage. The annual Festival and Fringe is the largest arts festival in the world, but there are compelling reasons to visit at any time of year. The city is said to be built around seven hills, although this is less of a technical description of its landscape and more of an allusion to the undulating topography. What you get as a result is a series of incredible views from a number of vantage points, including Edinburgh Castle, one of Europe’s oldest fortifications which sits on Castle Hill, and Princes Street, the city’s main shopping drag. 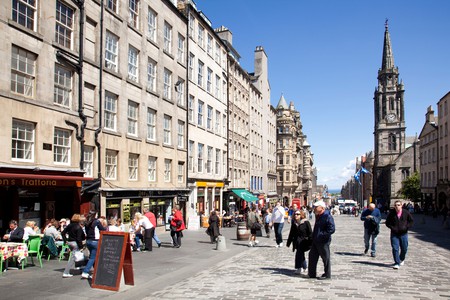 Cuba’s capital is already a well-established holiday destination, popular with adventurous travellers looking for the nostalgic glamour the city is famed for. Most of the Havana you’ve read about in books and seen in films can be found in Old Havana, a rich tapestry of colourful buildings, vintage American cars and delightful bars. There’s a modern side to the city that isn’t as well known, but makes a trip to Havana far less hazardous than it once was. Even though it is rapidly evolving, the city is still offers a wondrous mix of cultures and styles everywhere you look. 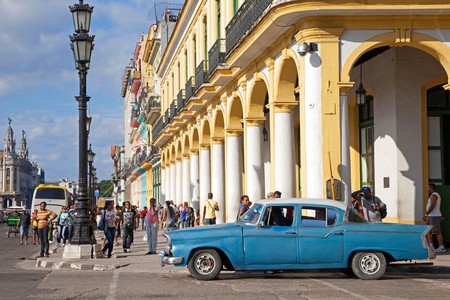 From historic East Coast cities to natural expanses further west, there are some incredible places to visit across the US, but there’s something unique about Savannah. The remnants of colonial rule are still present, but this Deep South city, in the state of Georgia, has developed an identity all of its own. Huge mansions flank miles of cobbled streets, with a series of 22 open squares linking the city together, each of which has a story to tell. It’s no surprise that the city is reportedly one of the most haunted places in America. 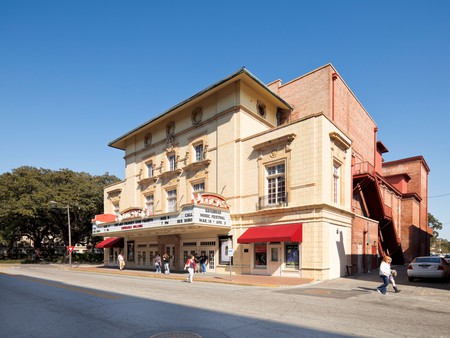 Tanzania is in the process of relocating its official capital from Dar es Salaam to Dodoma, a move that has been completed on paper but not in practice. Dar es Salaam is one of the fastest growing cities in the world, and yet it remains a culturally significant part of east Africa. It was once seen as a stopover hub for long-distance travel, but is now acknowledged as a destination in its own right. Dar, as locals call it, boasts beautiful beaches to the east and incredible ruins in the north, and the busy Kariakoo Market is an experience you have to see to believe. 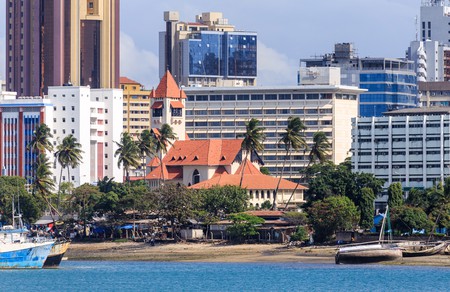 Founded by the Romans and conquered by the North African Moors, Seville proudly shows off all aspects of its past. That’s not always true of other parts of Spain, and it wasn’t always true here either, but maintaining Islamic influences and architecture have become a popular trend. Nowhere showcases the heritage of the city better than the Royal Alcázar of Seville, a vast palace built by Christians on the site of a Muslim fortress. Elsewhere in Seville you can sample some of the best tapas in the world. With its famous, if bitter, oranges hanging off every tree, this might be the only city in the world that smells as good as it looks. 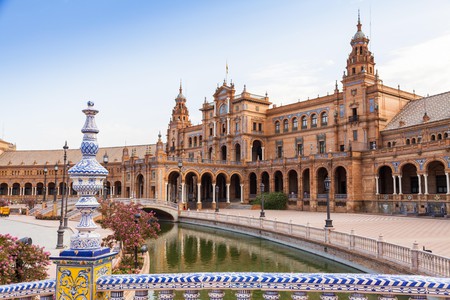 Not so long ago, this Mexican city was on the verge of being declared a ghost town. San Miguel de Allende had been ravaged by a flu epidemic, and by the start of the 20th century only a handful of residents remained. Cautious travellers should take inspiration from its recovery, especially in the wake of the coronavirus, as today the historic aspects of the city mean it is not only recognised as a site of huge cultural significance but also home to a number of foreign retirees. If you’re looking for a party, then the sedate way of life here probably isn’t for you, but for everyone else this is one of the best-looking places in the world. 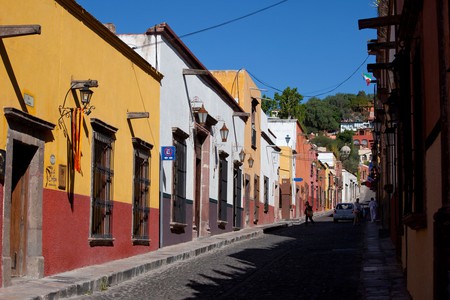 Portugal has seen a recent surge in popularity as a tourist destination. Dainty towns in rural areas capture the imagination, but there’s nowhere better to start a Portuguese adventure than a trip to the capital city. Lisbon is divided into several distinct neighbourhoods, all of which are connected by a network of colourful trams. Getting around the city is easy and you’ll quickly understand why so many people from other countries are making it their top pick for weekend getaways. 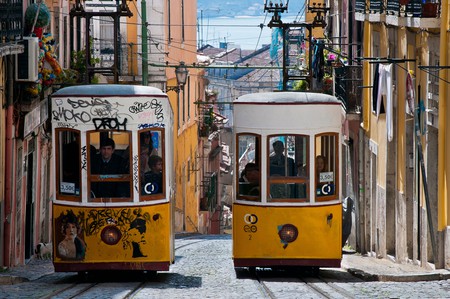 The capital of Tuscany has earned a reputation for being one of the most beautiful cities in the world over the course of several centuries. Renowned as a living museum, it houses some of the most important art in the world with works by Leonardo Da Vinci, Michelangelo, Giotto and Botticelli among them. Its historical façade might be creaking under the weight of overtourism, but the locals have adapted well to the growing number of visitors. The cobbled streets have been protected by moves to reduce road traffic, and al fresco dining culture has boomed as a result. 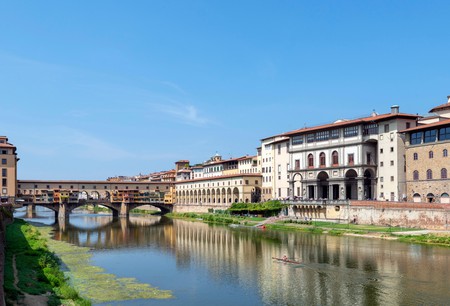 A view of the Ponte Vecchio and Uffizi Gallery from across the River Arno in Florence, Italy | | © Ian Dagnall / Alamy Stock Photo

Contrasting with the historical make-up of Florence, at least on a surface level, is the incredible Hong Kong skyline. There are still signs of old Hong Kong at ground level, but the first impression you get here is of the densely packed skyscrapers. Victoria Peak offers panoramic views of the city, which continues to grow rapidly. The intensity of the place can feel like an assault on the senses at times, but the ultimate reward is a treat for the eyes. 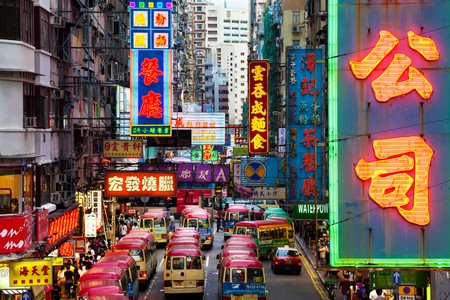 Paris had to be on this list, and for good reason. For centuries the city has been seen as a haven for artists and aristocrats alike, famed for its elegance, with sweeping boulevards, pretty parks and apartment blocks. What Paris does better than anywhere else is the way in which it celebrates beauty in the simple things. The Métro system is designed in such a way that even its signage draws you in, and the ornate lampposts are as illuminating in the day as they are at night. The food is among some of the best in the world. The city is also one of the most accessible places in Europe, making it one of the first places many will head to when they are able to travel again. 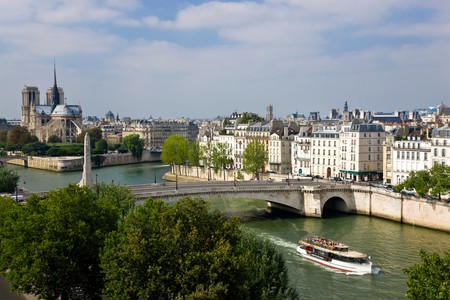 One look at the palaces and mansions of the Rajasthan capital tells you everything you need to know about why Jaipur is also known as the Pink City. It’s considered one of the best places to visit in India and has some of the most expensive hotel rooms in the world. That’s not to say there aren’t budget options too, but it does suggest just how special the views are. Highlights include the brightly coloured façade of Hawa Mahal and the Jal Mahal, a splendid palace that appears to be submerged in Man Sagar Lake. 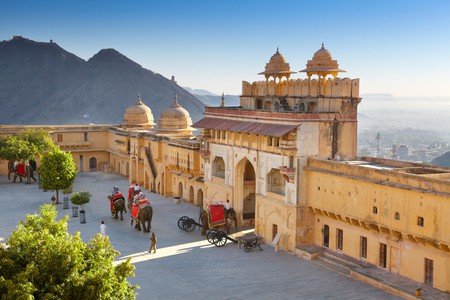 The picturesque houses of Bergen on the west coast of Norway look like they leapt straight out of someone’s Instagram feed. The city is surrounded by Seven Mountains, which shelter Bergen from extreme weather, so unlike other parts of the country, it has a moderate climate that makes it popular with tourists. The other main draw is the row of reconstructed Hanseatic buildings of Bryggen (the dock), which is where you can find many amateur photographers attempting to get the perfect post for “the ‘gram”. 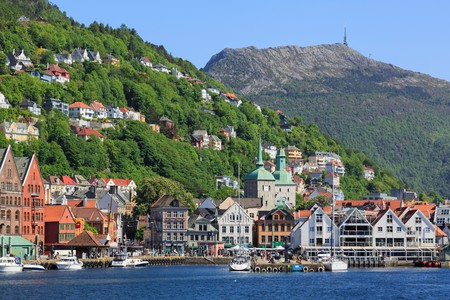 There aren’t many places where you can stand on a sunny beach and see a snow-capped mountain in the distance. The hikes and outdoor activities you can enjoy in Vancouver, the crisp clean air and spectacular natural landscapes have made the city a favourite for families to settle in. The open spaces and cleverly thought-out transport routes – including an incredible network of cycle lanes – have resulted in a city that has attained the perfect work/life balance for its residents. Vancouver is a place that is as perfect to live in as it is to look at from afar. 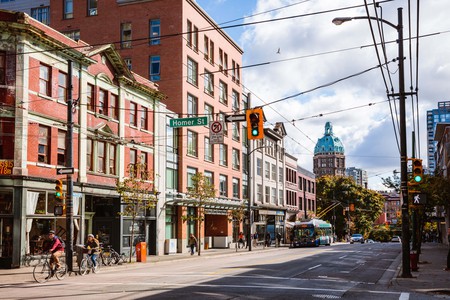