The Medieval Cloister Where Modern Football Rules Were Born 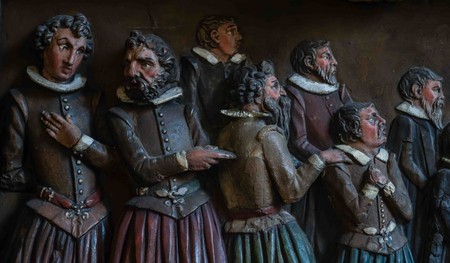 A former Carthusian monastery may seem like a strange place to unearth a piece of football history, but the London Charterhouse is full of surprises.

Though the first laws of football were formally drafted at the Freemasons’ Tavern in 1863, many of the game’s rules found their birthplace on the pitches of various public schools around the UK. Historians at the London Charterhouse, the original site of Charterhouse School, claim that their 14th-century cloister is where two of the game’s rules were born.

London’s Charterhouse has an incredible history. It was one of the first Catholic monasteries targeted after King Henry VIII called for their dissolution. The Charterhouse’s prior, John Houghton, was eventually captured and transported to Tyburn, where he was hanged, drawn and quartered for treason, making him one of the first Carthusian martyrs.

After the monastery was dissolved, it became a private home, first to Sir Edward North in 1545, and later to Thomas Howard, the Duke of Norfolk, in 1565. Howard, not wanting to be subjected to London’s characteristically rainy weather on the walk to his tennis court, created himself a covered walkway. The duke boarded up the rooms where solitary monks once sat transcribing manuscripts and windows were added to the hallway. The space was transformed into a garden gallery now known as the ‘Norfolk Cloister’. 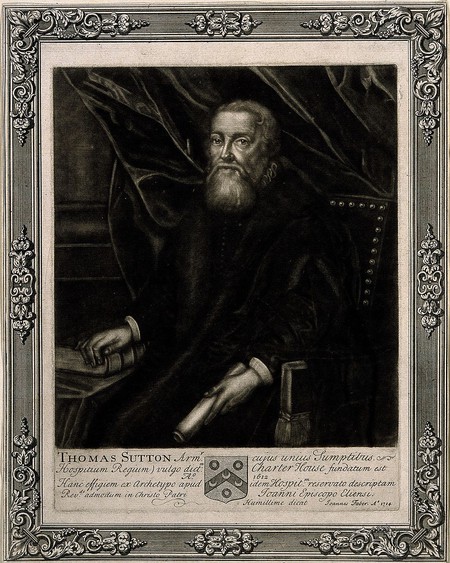 In 1611, the London Charterhouse came under the ownership of coal magnate Thomas Sutton. Sutton died that same year, but not before establishing a charity that eventually turned the building into a school and almshouse.

The Norfolk Cloister was once again repurposed, only this time it became a football pitch. Protected from the elements, Charterhouse schoolboys were able to play their own early form of football all year round. The location-specific quirks of the cloisters led to the development of certain rules that are still in use today.

It is said that the ball would often go through the windows that Howard had put into the Norfolk Cloister, necessitating the invention of the throw-in rule. In addition, historians at the London Charterhouse claim that an off-side rule was developed as a feature of ‘cloister football’ – played at both Charterhouse and Westminster schools – which was distinct from football played at other schools because players had to ‘dribble’ the ball. All this has led to the assertion that Charterhouse School has a joint claim with the Freemasons’ Tavern as the birthplace of Association Football. 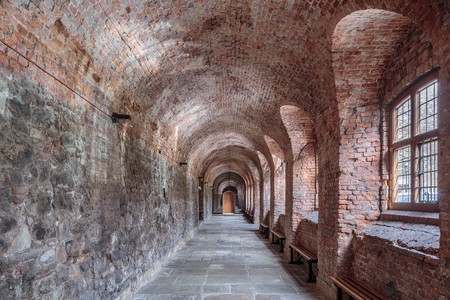 Though these claims are difficult to substantiate (it turns out 17th-century jocks weren’t so keen on record keeping), they make for a nice piece of speculative history. Regardless of the validity of the Charterhouse’s claim, the rules officially agreed upon by those gathered at the Freemasons’ Tavern must have originated somewhere. Any other school where football was a part of regular recreation would be equally justified in proclaiming to be the birthplace of Association Football. However, the unique layout of the Norfolk Cloister seems to support the idea that the throw-in and off-side rules were developed to make games more organised.

While the beautiful game is no longer played in the Norfolk Cloister (Charterhouse School was relocated to Surrey in 1872), sport fans can take a tour of the Charterhouse to see the historic pitch and take a moment to contemplate the origins of modern-day football.