The Magical Harry Potter Shop in the Heart of Soho

Inside The House of Mina Lima, the graphic design studio responsible for the look of Harry Potter | © Culture Trip

When it comes to authentic Harry Potter experiences that will please fans of both the best-selling books and blockbuster films, the House of MinaLima is hard to beat. Here’s a look inside the spellbinding store in the heart of London that has to be seen to be believed. 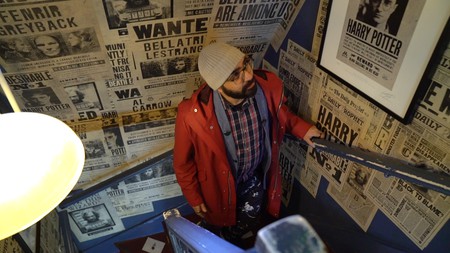 The thirst for everything Harry Potter related shows no sign of being quenched, with fans lapping up more installments in the expanded Fantastic Beasts universe, the sellout stage production and even venturing into darkest Watford to go behind the scenes with the official studio tour.

A less well known but hugely impressive venture is the House of MinaLima, a multi-tiered place of wonder in the heart of Soho. The shop is situated across the road from the Palace Theatre, home to the stage production of Harry Potter and the Cursed Child, and has a neatly decorated exterior. It may look small from the outside, but appearances can be deceptive as it actually opens out into four floors stuffed with genuine props and designs from the very first film to the present day. 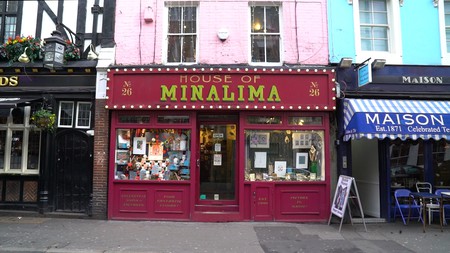 The House of MinaLima might look small from the outside, but don’t be fooled by first impressions | © Culture Trip

Graphic design duo Miraphora Mina and Eduardo Lima – the surnames combining to give the store its distinctive name – were first approached in 2002 to work on Harry Potter‘s first cinematic outing. They subsequently worked on the designs featured in all eight of the movies, two Fantastic Beasts films (so far) and other projects that can be found at MinaLima. With such a wide variety of work to pick from, it’s little surprise the pair now showcase their designs for all Potter fans to enjoy.

You have to keep you eyes peeled as you wander through the store, as props are placed along the walls and even on the ground you walk on. 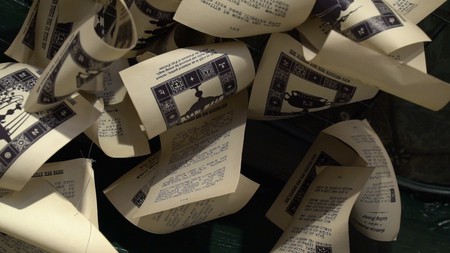 Original designs and props from the Harry Potter films at MinaLima

The store is free to enter and opens daily from 10.30am to 7pm. Arrive early as during busy periods access may be staggered.