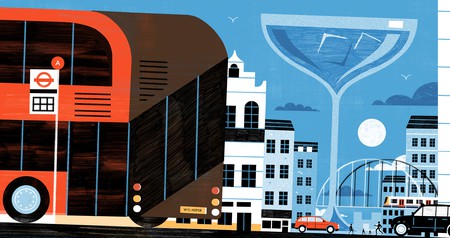 In recent years, a growing number of people have been choosing not to drink – according to the Statistics on Alcohol report published in February 2020, some 28% of Londoners report not drinking at all. The growing trend has seen a rise in the number of bars adapting to this new market to serve up more than just your standard soda and lime, including this spot in the UK capital.

Bar Tincture is one London venue that is making big strides in catering for the growing alcohol-free market. Launched in February 2020, the bar offers a menu that’s split 50/50 between alcoholic and alcohol-free beverages.

“I always felt that it was really uncomfortable for people [who weren’t drinking] to go and join a social setting,” says founder Carl Anthony Brown. He’s best known for being the mastermind behind Dishoom’s delicious drinks menu. It was here that Carl says he “first expressed my interest in [sober drinking] with the non-alcoholic menu,” which draws upon prohibition-era Bombay. 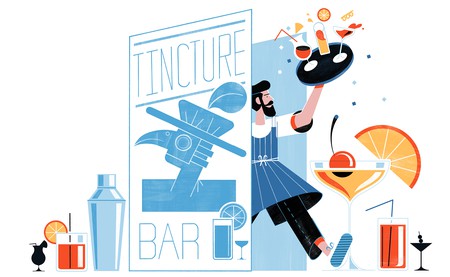 Nestled beneath Simplicity Burger on Brick Lane, Bar Tincture is a small but perfectly formed basement bar; it has, paradoxically, a speakeasy vibe, with tin ceilings, dark green leather booths, and a cosy lounge area with two larger seating spaces. The lack of space to stand is a deliberate choice. “With vertical drinking you are going to drink [a lot faster] than when you are sitting,” Carl explains, gesturing to the seats. “Here, it’s all seated, so we try to cut out that sense of ‘I’ve got a drink in my hand, so I must keep going.’”

In keeping with the bar’s upstairs neighbours who operate a sustainable zero-waste policy, Carl has continued the same ethos in the bar, more specifically in the cocktail ingredients. The cocktails use four key seasonal ingredients that are in all the mixed tipples, including the zero-alcohol ones, ensuring nothing is wasted.

As well as the seven alcoholic and seven non-alcoholic cocktails, Bar Tincture also stocks alcohol-free wine and beer and a pleasingly varied selection of kombuchas and sodas. “I’ve found that everyone who has come in has at least tried one of the non-alcoholic drinks because they are different. They’re something a little bit special,” Carl says.

Bar Tincture isn’t the only one getting savvy with its servings. Big brands are also making big changes, perhaps most notable being BrewDog, which launched “the world’s first alcohol-free beer bar”, Brewdog AF, in London in January 2020. Diageo, the company behind Johnnie Walker, Smirnoff and Captain Morgan, now has Seedlip, the world’s first distilled non-alcoholic spirit; Big Drop Brewing co specialises in 0.5% beers; Rekorderlig now produces its own alcohol-free cider range. But why the increase?

“I think there are a lot of reasons [people are turning to sobriety]” Millie Gooch, founder of Sober Girl Society says. “I think, generally, we’re just becoming more conscious about everything, whether that’s sustainability, our food choices or our health. For me, poor mental health was such a big factor in deciding to give up alcohol, and I think because we’re now talking about mental health more openly, it was much easier for me to come out and say that actually alcohol was increasing my anxiety and depression.” 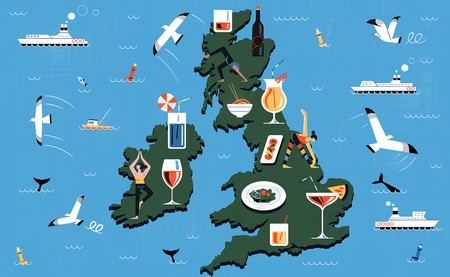 Millie feels that bars are slowly beginning to come round to the idea of this new kind of customer, but that there’s still room for a great deal of improvement. “There’s normally at least one [alcohol-free] beer you can get, but alcohol-free wines and spirits at bars are few and far between. There’s a little lack of education or perhaps awareness with some bar staff,” she says. “I frequently ask behind bars what alcohol-free drinks they have and they either don’t know or they say they don’t have them when I can clearly see some in their fridge.”

As demand grows for good quality alternatives and more palatable pours, it seems that bars will only continue to expand their range for this ever-growing market. Aside from the health benefits of abstinence, it also benefits the bars. “At the end of the day you don’t really want loads of smashed people in your bar, you want people to be having a great time,” Carl muses. “And also you want people to remember where they’ve been because you [want them] to come back!”