The London Art Events We’re Most Excited About 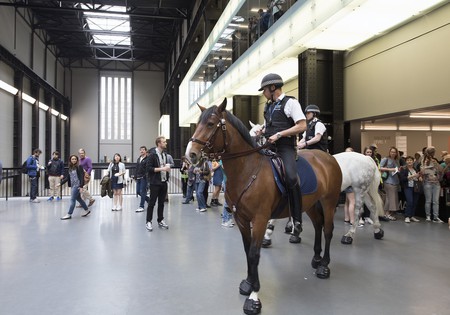 Diaries at the ready, here are the most exciting art exhibitions, art happenings and gallery openings taking place in London throughout the year.

The art college that launched many of the YBA’s careers will open its new public art gallery complex, the Goldsmiths Centre for Contemporary Art (Goldsmiths CCA) in September. Located in a redeveloped Grade II-listed building on the college’s campus, Goldsmiths CCA with its eight gallery spaces has been designed by the Turner Prize-winning architecture collective, Assemble, and will launch with an exhibition of the amazing Argentine video artist Mika Rottenberg, including two new film commissions.

Mika Rottenberg will be at Goldsmiths CCA from September 8 to November 4, 2018. Free. 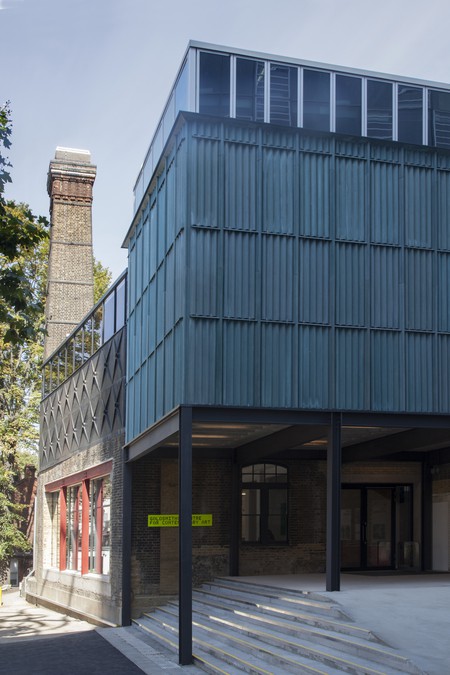 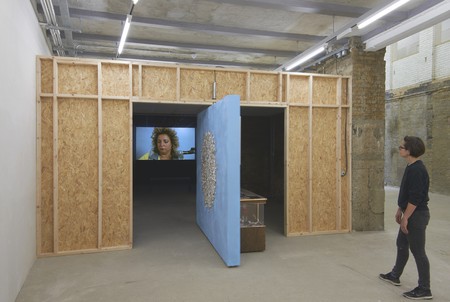 Following in the footsteps of Philippe Parreno and SUPERFLEX, Tania Bruguera will take on the cathedral-like space of the Turbine Hall for the fourth Hyundai Commission in October. Known for her politically-engaged projects, the Cuban artist will no doubt embrace the ginormous public space for a compelling performative installation that questions power structures and values. 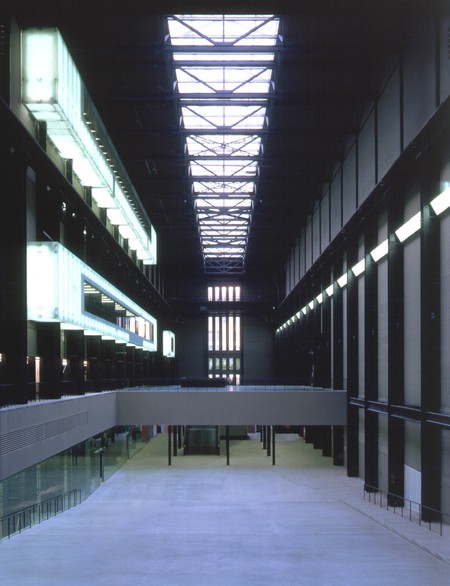 Back in March, Trafalgar Square finally said goodbye to David Shrigley’s giant thumbs-up sculpture to make way for Michael Rakowitz’s Fourth Plinth public art commission of a ginormous recreation of the deity Lamassu, which once stood at the entrance to Nergal Gate of Nineveh from c 700 B.C and was subsequently destroyed by ISIS in 2015. Made out of empty Iraqi date syrup cans, The Invisible Enemy Should Not Exist (2018) by the Iraqi-American artist invites the public to explore recent political histories. 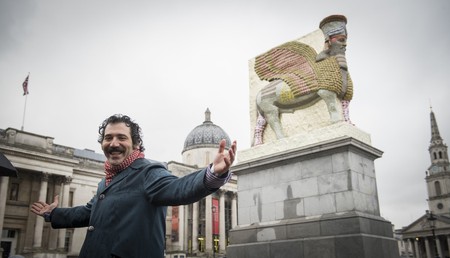 Michael Rakowitz after the unveiling of his Fourth Plinth commission | Photo: Caroline Teo 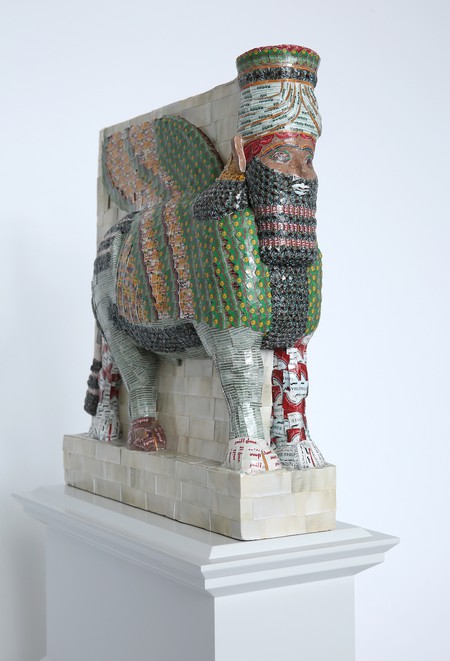 One of the most exciting art openings of the year has to be a gallery that is 50ft (16-metres) above Westminster Abbey’s floor. Never open to the public before, the medieval Triforium – which English poet and writer John Betjeman described as having the ‘best view in Europe’ – will become home to the new Queen’s Diamond Jubilee Galleries. Opening to the public on June 11, visitors will be able to learn about the thousand-year history of the Westminster Abbey through exquisite treasures from its collection, including an illuminated 14th century service book, Mary II’s Coronation Chair and The Westminster Retable, the oldest surviving altarpiece from Henry III’s Abbey. 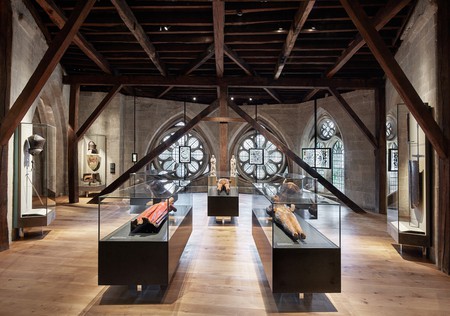 Anthea Hamilton has created an intriguing immersive environment within Tate Britain’s central neoclassical galleries for this year’s annual commission. Over 7,000 floor tiles cover the length of the Duveen Galleries forming a stage-like setting that is interspersed with selected works from the Tate’s collection. Over the next six months the galleries will become home to an on-going performance by an individual dressed in costume’s co-designed by LOEWE’s Creative Director, Jonathan Anderson. 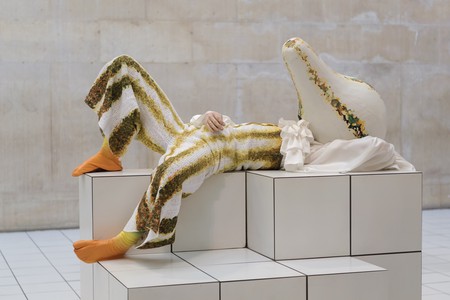 Christo’s The Mastaba in Hyde Park

Known for his monumental public installations which he used to create with his late wife Jeanne-Claude, the Bulgarian-born artist, Christo plans to float 7,506 oil barrels on the Serpentine lake in London’s Hyde Park this summer. Coinciding with the Christo & Jeanne-Claude survey exhibition at the Serpentine Gallery, the site-specific sculpture has a proposed height of 20-metres. Since the late 1950s, Christo has used barrels for their sculptural form, life-size dimensions and cost efficiency. The floating work is a scaled-down version of The Mastaba project Christo started in 1977 with Jeanne-Claude to build the largest sculpture in the world in the sandy dunes of Al Gharbia, Abu Dhabi.

The Mastaba will be installed on the Serpentine until September 23, 2018 (proposed dates, subject to change). Free. 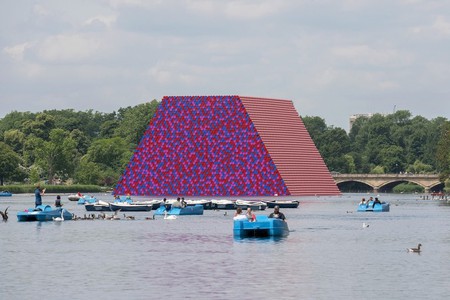 The newly refurbished Hayward Gallery follows the success of their Gursky retrospective with a mid-career survey of the acclaimed South Korean artist, Lee Bul. Known for her pioneering, visceral work that explores the division of Korea, utopian theories and globalisation, Bul’s multifaceted practice encompasses everything from performance to painting. In addition to cyborgs, mirrored labyrinths and a Zeppelin, Bul will create a new site-specific installation that compliments the Hayward’s iconic Brutalist architecture. 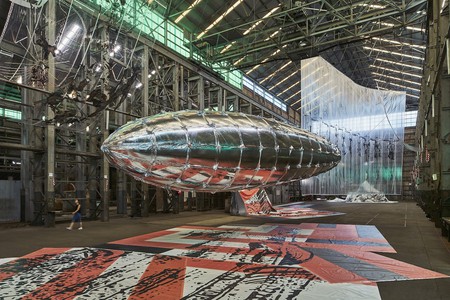 The traditional art genres of portraiture, still life and landscape are explored by Berlin-based Tacita Dean in an unprecedented collaboration between three of London’s major art galleries. At the National Portrait Gallery, Dean presents a number of her films that focus on the portraiture of artists including David Hockney. At the National Gallery, she will curate a selection of works from the gallery’s collection along with the presentation of a site-specific film to explore the legacy of still life and its influential impact on her practice. And at the RA, she’ll be the first artist to exhibit in the new Gabrielle Jungels-Winkler Galleries where she’ll be presenting works that consider all aspects of the landscape genre from botany to cosmography. 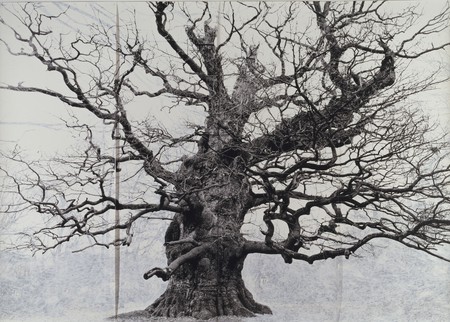 Back for its third edition, Art Night 2018 is heading south of the river this July to present 12 new art commissions during a one-night art extravaganza. As one of London’s largest free arts festivals, this initiative is a great way to learn about the architecture, culture and history of specific areas of the city while also discovering emerging artistic talent. This year Art Night have partnered with the Hayward Gallery – who are celebrating their 50th anniversary – to explore the south side of the river Thames. From the Southbank Centre, through Vauxhall to Battersea Power Station, landmarks like the Garden Museum to more unusual spaces such as the British Interplanetary Society will become the sites for inventive artistic interventions. 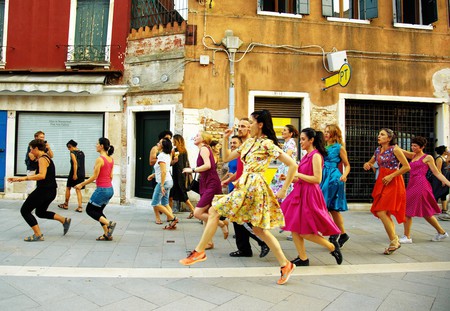 Art on the Elizabeth Line

The Crossrail Art Foundation have commissioned nine internationally-renowned artists to create public artworks for stations along London’s newest railway. Reflecting the ambition of Crossrail while also engaging in local history, each artist has responded to their specific station to create a ‘line-wide exhibition’ of fascinating cultural interventions. From Yayoi Kusama’s stainless steel sculptures at Liverpool Street to Douglas Gordon’s neon’s that take inspiration from Soho nightlife in Tottenham Court Road’s ticket hall, the work commute will never be the same again. Although you’ll have to wait until December 2018 to see the actual works, you can get an idea of what to expect at the exhibition, Art Capital: Art for the Elizabeth line which is currently on at the Whitechapel Gallery until May 6, 2018. 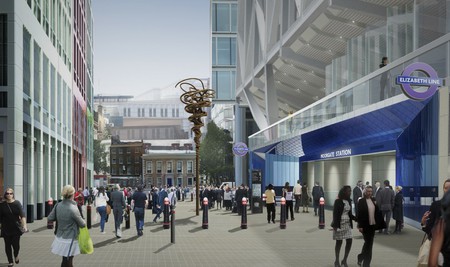 Anglo-Korean duo Kimchi and Chips (isn’t that just the best art collaborative name) will be transforming Somerset House’s neoclassical courtyard during the summer solstice. Using over 100 mirrors, the duo will recreate a phenological occurrence using the natural resource of the sun as opposed to simulating it artificially. As the former home of the Royal Society, Somerset House is an apt location for the duo to pioneer new sustainable technologies.

Kimchi and Chips: Halo will be in the Edmond J. Safra Fountain Court, Somerset House between June 8-27, 2018. Free. 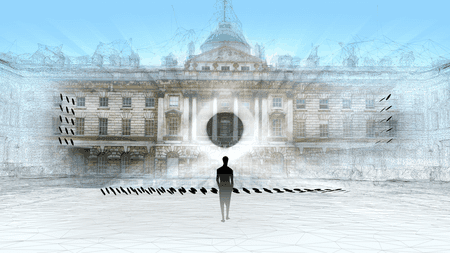 The fifth Mayfair Art Weekend encourages Londoners and tourists to immerse themselves in a range of art on show in Mayfair andSt James’s, from Michelangelo at the new Royal Academy of Arts Burlington Gardens site to a Virtual Reality installation. To start the weekend off many galleries will be open late on Friday June 29 for Gallery HOP! There will be a number of talks and workshops throughout the three-day free events programme, including a dedicated kids event at Carol Bove’s show of giant sculptures at David Zwirner. And for those wanting to engage in convivial art discussion should definitely take a chair at Royal Academician Bob and Roberta Smith’s Long Artists’ Lunch. 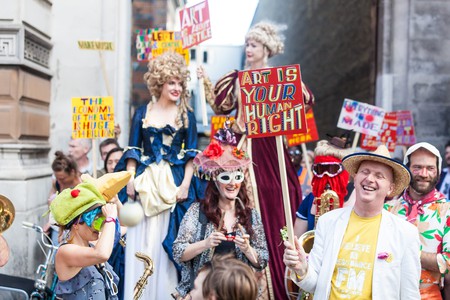 Artists doing it for themselves has been the focus of quite a few art fair models of late and Roy’s People is a champion of the artist-led fair. Set up by practicing artists Roy Tyson and Sam Peacock, the fair supports both emerging and established artists, giving the public access to a wide variety of practitioners. Presenting over 50 artists, the April edition at Bargehouse will also feature live painting, creative workshops and free goody bags worth over £100. 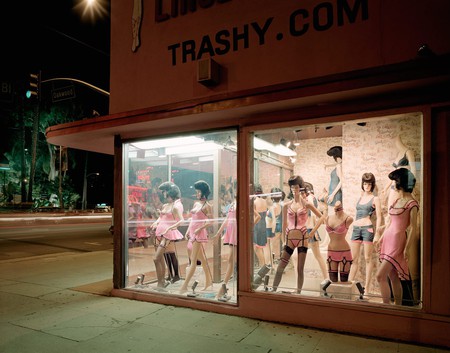 If you love photography, but don’t know where to start when it comes to collecting it, or you simply love photography, then Photo London is perfect for you. The fourth edition is returning to Somerset House this May to celebrate and showcase the very best of photography. Over 100 galleries from 18 countries, including Austria, Beirut, Brazil, Denmark, Hungary, Iran and Japan will present everything from vintage prints to emerging talent. In addition to the galleries and public programme Canadian fine art photographer, Edward Burtynsky has been named Master of Photography 2018 and will display rarely-seen works, a preview of his ongoing project, Anthropocene and an Augmented Reality experience. 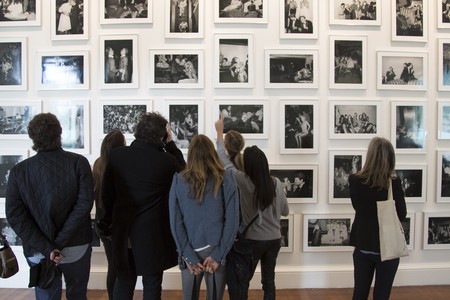 Want to see more art in London? Here are the best exhibitions not to miss in the city