The Life And Talent Of Photographer Dorothy Bohm 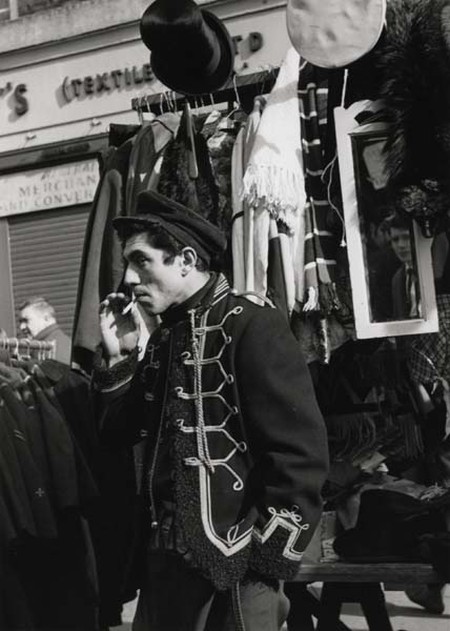 Jewish Russian-born Dorothy Bohm was sent to England to escape from the Nazi persecution in 1939. She went on to study photography in Manchester, establishing herself as a photographer in her own right, traveled extensively throughout the world and held multiple successful solo exhibitions. Eventually, Bohm also influenced the birth of The Photographers Gallery in London — one of the most important institutions of photography in the world — which celebrates photography as a medium and fine art form. 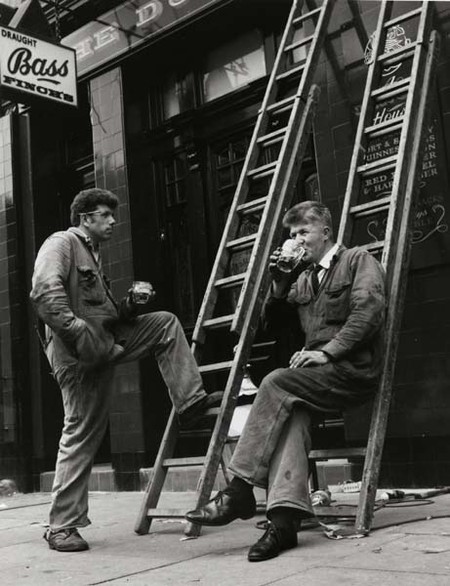 After moving to England at the age of 14, Dorothy Bohm joined her brother Igor, who was already studying in Manchester at the time and continued her own studies at Manchester College of Technology. At the train station, on her departure from Lithuania (where the family had previously emigrated to) her father gave her a Leica camera, saying ‘it might be useful’ in an intuitive, life-changing gesture. It was in Manchester where she would meet her future husband Louis Bohm, a Polish Jew, who would later work for a Biochemical company; a job that would become responsible for the family relocating and travelling around the world. After receiving her Diploma, Dorothy worked as an assistant photographer for four years, continuing her work in black and white, pushing her to finally open up her own studio in 1946: Studio Alexander. The small portraiture studio would financially support Louis throughout the starting years of their marriage. 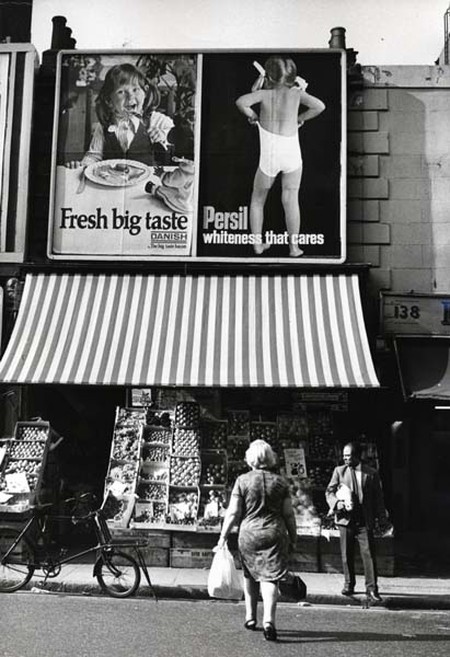 Recognised as British citizens in 1950, Dorothy and Louis Bohm moved to London. Yet, throughout the decade, the family would live in various different countries, including France, New York, San Francisco, other locations in the US and Mexico, eventually returning to Hampstead in London. It was during this era that Dorothy began experimenting with Afga colour film, focusing on outdoor street photography, but continued predominantly working with black and white. Her previous experience with portraiture ignites a passion for capturing people: their locations, interactions and characteristics, which she begins to hone into creating her own warm and unique style. In the late 1950s Dorothy and Louis had two children together. After this, while her portfolio and experience as a photographer amassed, Dorothy was also contacted by the Red Cross with news of the family she left behind in Lithuania 20 years back: her parents and sibling had miraculously survived the brutal conditions of the concentration camps and would go on to join her in London. 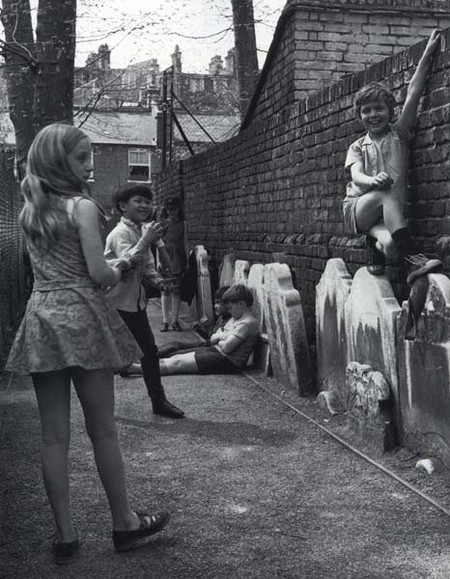 However, it wasn’t until 1969 that Dorothy Bohm had her first solo exhibition at the Institute of Contemporary Arts, titled People at Peace. Even in London throughout this time, photography exhibitions were few and far between, but the success of the exhibition was so pronounced it called for the creation of London’s own homage to the photographic world in 1971: The Photographers Gallery. Being the first gallery in the world dedicated solely to photography, both Dorothy and fellow female photographer Sue Davies were essential to its creation and continuation. Since opening, over the last four decades the gallery has moved, grown and exhibited some of the most iconic and influential works of the 20th and 21st Century. From the 1970s onwards, Dorothy Bohm became famous as her work was published for the first time in a book titled A World Observed with a foreword by well-known English artist Roland Penrose, and more of her work was displayed depicting her travels in South Africa. 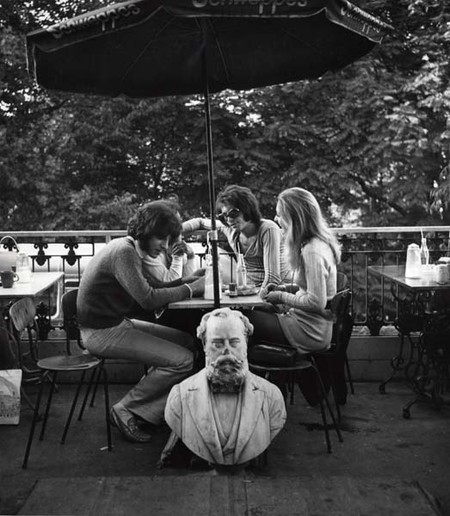 Now, mostly settled in England and after working as director for the Photographer’s Gallery for 15 years, a BBC2 documentary was created on Dorothy’s life and work — sealing her reputation as an internationally recognised pioneering photographer. During the 1980s Bohm was confidently working with Colour and SX70 Polaroid film, adding a contemporary, vivid and youthful element to her photography. She sporadically visited and photographed in Hong Kong, Taiwan and Japan and later Egypt and Venice – cementing the reputation of colour film in her exhibition Dorothy Bohm: Colour Photography 1984-94, at The Photographer’s Gallery.

Shortly after the death of her beloved husband Louis in 1994, her work was exhibited at the Museum of London, capturing another side of London life in the 1960s which resonated with the public. This collection titled Sixties London captured the social and cultural changes of the capital after the war, depicting working class workers sipping beers alongside young Arab boys wearing white kanduras. Yet the Bohm’s portrayal of London at the time is a far cry from what is remembered as the ‘swinging sixties’; instead she focused on people’s routines and their day-to-day lives, as well as their habits and hangouts. 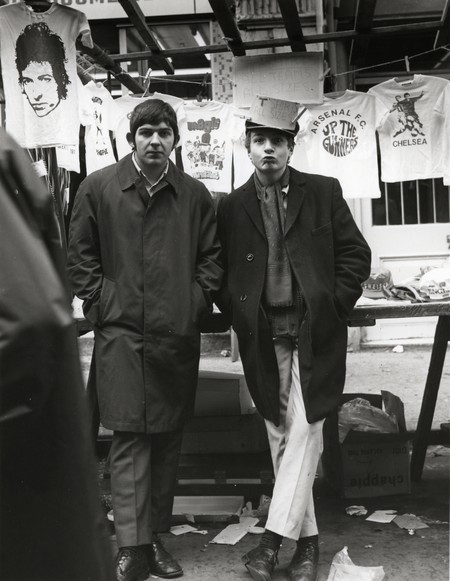 Boredom and joy are depicted in equal measures, with lazy sleeping ladies resting on doorsteps and boisterous children playing outside. However, her depictions are not limited by class; some of the most resonant photographs of this series are of London’s young and rich, congregating around wealthy Kings Road, or Kensington, giving an all-rounded and impartial perspective of city life. It is evident throughout her portfolio that Dorothy Bohm did not go out of her way to capture images of sadness or conflict, but instead opted for a more warming and celebratory realism.

Since then, Dorothy’s photography has been exhibited in Israel, Berlin, Hungary and her home-town of London, where she continues to live in Hampstead: still as a working photographer.

There is currently a retrospective exhibition of Sixties London on display at the Jewish Museum in Camden Town until 29 August 2016.