"The Last Supper of the Turkish Bourgeoisie": Elif Shafak Talks About Her Latest Novel 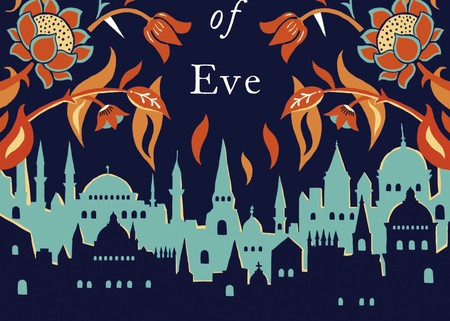 Elif Şafak was at the London Book Fair last week to discuss her recently-published Three Daughers of Eve—a rich exploration of womanhood, Muslim identity, and modern Turkey written through an unfolding dinner scene.

No matter how comfortable she is writing in English (and this work certainly makes no doubt about that), Elif Şafak hasn’t stopped being drawn to her native Turkey. “At some point I wanted to call this book ‘The Last Supper of the Turkish Bourgeoisie,’” she laughed, when asked how much of the novel was about the country. If Three Daughters of Eve features extensive flashbacks—most notably of Turkey during the 1980s and 1990s, as well as the Oxford of 15 years ago—it is set, centrally, during one evening in contemporary Istanbul. Peri, a wealthy housewife and mother of two, attends a lavish dinner party where conversation invariably shuttles to and fro between politics and piffle. 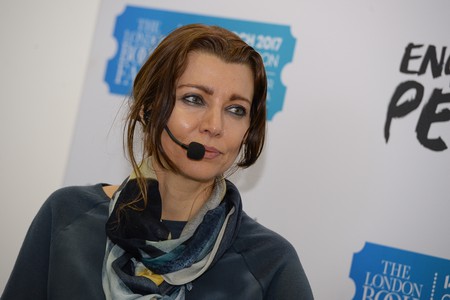 “I think the dinner scenes in the book are the most realistic chapters, if I may put it this way,” she said. “As you know, Doris Lessing very famously talked about literature being analysis after the event… but I think we’re living in very liquid times, very turbulent times, and sometimes as a writer you have to write during the event, not after.” Though Şafak wrote most of the book before the coup, her country’s situation over the past few years—known to any with even the mildest attachment to news—was unavoidable:

“It was my way of responding, or trying to understand, what’s happening to my motherland. Because so much is changing with a bewildering speed in Turkey, there is rarely any time to stop and digest and analyze. There isn’t even any time to grieve. This is a country that has been shaken by 35 terrorist attacks in one-and-a-half years…”

“So I wanted to reflect that confusion of, when you go to dinners in Turkey, people talk about politics and they’re emotional, very angry, very hurt… One moment—especially in these bourgeois circles—people are talking about mundane things (and I jokingly wrote about these Chanel bags and how they care about what each other is wearing) but then the next there’s a suicide bomb outside on the street. There’s death, and they’re talking about death. And the next moment they’re again talking about something mundane. So this schizophrenia, how we shift from one mood to the next in the course of one dinner, that is the summary of Turkey.”

The sinner, the believer, and the confused

Yet the central subject of the book appears to play in a different key. The flashbacks to when Peri was attending Oxford University feature her friendship with two very different characters: Shirin, an atheist British-Iranian doing her best to reject the Muslim faith, and Mona, a devout Egyptian-American. “It’s a book in which women are very much at the forefront,” she clarified.

“We tend to think that the Muslim-majority world is a monolithic whole, whereas it isn’t, and it never was. It is a huge canvas of lots of clashing and coexisting voices, and different interpretations of Islam, the world, and secularism. And I think it is particularly difficult for women, because when societies go backwards and slide into authoritarianism, populism, fanaticism and fundamentalism, we women have much more to lose than men. So it is not a coincidence that today, across the Muslim world, women are asking the most difficult questions about crucial issues. The problem is they’re asking these questions in the private space. They’re not in the media, in the public space as much as they should be. So that was the first thing I wanted to do: to bring the multiplicity of voices which exist in our private world into the public place.”

This exploration of the female point of view nonetheless came with its own tragic realization, encapsulated in the three friends’ very characters. They are, in the end, irremediably split: “I find it heartbreaking… we women are bitterly polarized in countries where politics is aggressive, divisive, and masculinist. And Turkey is a prime example of this. The thing is when we women are so badly divided, the only thing that benefits from this is patriarchy itself. And I’m looking for a women’s movement that unites us around shared values.”