The King of Rock and Roll: How Lee Tiernan Became London's Most Provocative Chef 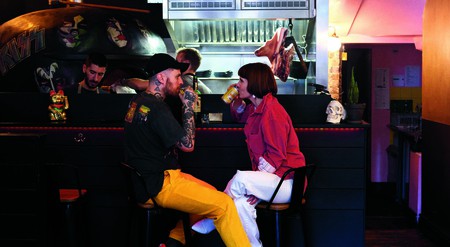 Lee Tiernan’s food has been turning heads in the capital for almost half a decade. Now his first book has been released, the question he’s always asked himself is being asked by everyone else: where does he fit in? 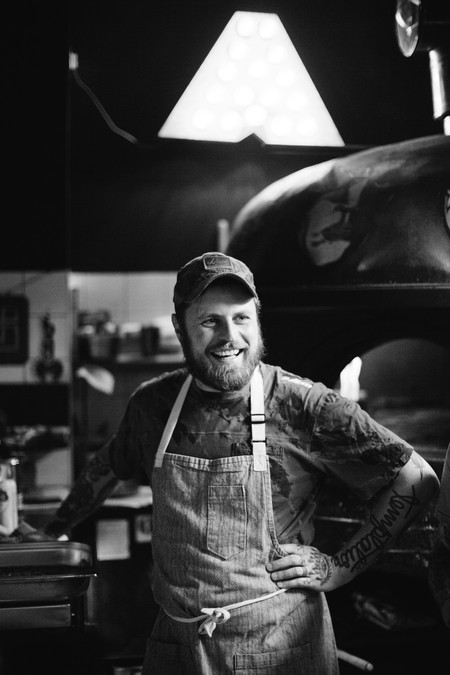 This wildness and iconoclasm is what you’d expect from Tiernan. The South London-born chef – and his wife and business partner, Kate – run Black Axe Mangal, which has been putting out some of the world’s most thrilling dishes for four years now. Unlike most restaurants of equivalent hype, the clamour for BAM (as Tiernan and others call it) has been built up organically, free of a slick PR agency, influencer network or stints on Saturday Kitchen. In their place is the food.

And what food it is: chewy flatbreads strewn with lamb offal, pickles and yoghurt; scorched cabbage wedges daubed in fermented shrimp; foie gras choc ices served with his take on Nice biscuits. “I like to make food fun,” he says, “and I take real pleasure out of cooking it.”

You can now find all of these recipes and more in his cookbook, which he wrote on an iPhone in the midst of both kitchen life, and looking after his three kids. “By the end of it, I’d burned out the iPhone and my thumbs were fucked.”

The resulting book is now being released by the kings of the coffee-table tome, Phaidon, and as such, stands alongside an illustrious stable of chefs. Massimo Bottura, René Redzepi, even the great Ferran Adrià – all of these world-shaking, era-defining superchefs release their glossy masterpieces through Phaidon. And now Tiernan, the hellacious, tattoo-battered king of rock and roll, with his poky restaurant blasting out grunge, floors covered in penis paintings, dishes the stuff of cult devotion, stands with the greats. Where does he fit in?

The truth is that he doesn’t know. In many senses, his life has been coloured by feeling like an outsider, searching for comfort, belonging and confidence. He has thrived in the positives of that feeling – subcultures, music scenes, skating, labouring, travelling – and battled with the negatives – the impostor syndrome, the lack of self-assurance and the fear of imminent, indiscriminate failure. “When I’d turn the music up really loud in here,” says Tiernan, “I’d use it as a shield. People would shout over the pass to tell me what was going on, and I’d pretend I couldn’t hear them – I wanted to block everyone out. It’s taken me a long time to get to this point of confidence.”

He’s been told by other chefs that he couldn’t put out his kind of food and survive. He constantly guards against doing himself down too much, and talking himself up too much. “I can feel like I’m not qualified,” he says. “Sometimes I think I don’t know enough about cooking or technique.” For a decade-long veteran of the legendary St John, and a protégé of its two proprietors, Fergus Henderson and Trevor Gulliver, his modesty can be striking, especially in contrast to the screaming intensity of his food and the raucous reputation he carries. But it is not so much false modesty as it is honesty, an honesty borne of a total lack of convention, in his life as well as in his food. 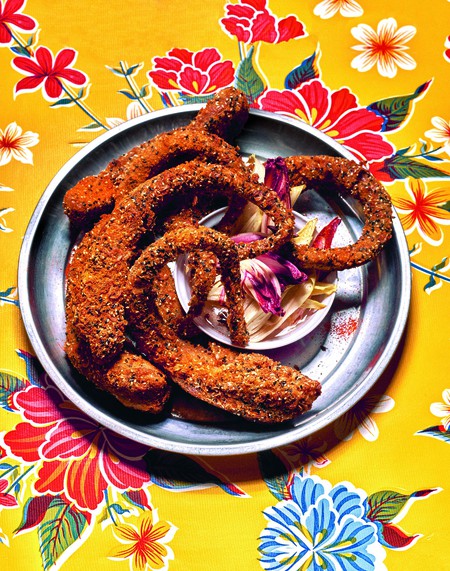 “When I was younger, I just wouldn’t eat; food disgusted me.” As a young child, Tiernan dealt with what could now be termed as an eating disorder, totally refusing all food in a way that went far beyond fussiness and needed medical intervention. “One early food memory was my mum tipping a bowl of cold spaghetti hoops over my head in frustration, then just storming out of the room in floods of tears and tomato juice.”

Positive memories of food were few and far between, but recollections of trips to the vibrant curry houses of Tooting – “the smells, the sizzle platters, the music and the hum of a busy restaurant” – later stood out when he looked back years later at what had formed his outlook on food. But at the time, he recalls, he was “fussy as fuck, and hungry. I used to love brown-sauce sandwiches at my nan’s; I used to insist on my apples being peeled; if I got a Mr Whippy from the ice-cream van, I had to have my nan lick it into a dome before I ate it.” 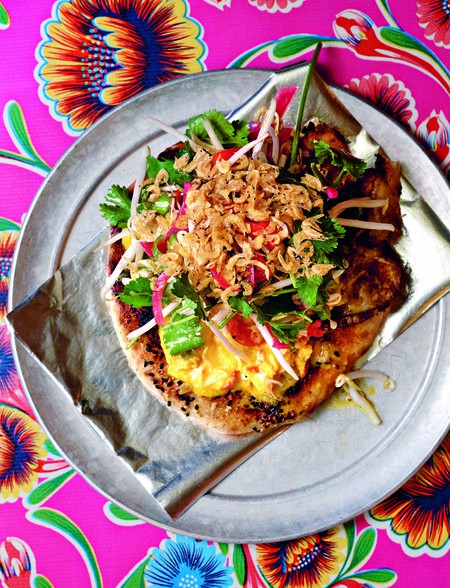 Instead, his childhood and adolescence was defined more by a love of music – shared by his young mother, who had him when she was 18 – and of skating, which he’d pursue with gusto in the empty car parks of southwest London’s supermarkets.

He left school with one GCSE, picked up casual jobs (“moving furniture, digging holes, all that stuff”) while he skated, and fell into the kitchen “broke and desperate” while travelling. After getting a taste for the thrill of the kitchen, he cooked obsessively from Jamie Oliver books and blitzed an NVQ. “I don’t even remember what qualification I left with; I just know I got a distinction and it taught me to work clean!” He interned at the legendary St John, and was offered a job after four days. He would then spend 10 years in every role, and every establishment, under the patient guidance of Fergus and Trevor.

Tiernan found himself imbued with the restaurant’s ethos and more confident and comfortable than he had ever been. He counts his return to St John in 2017 as his proudest professional achievement. “Even now, if they rang me and called me back to be the head chef of the main restaurant in Smithfield, I’d close this place down and go straight there,” Tiernan says, before pausing and following up. “Well, maybe, I don’t know. I’d have to think about it.” 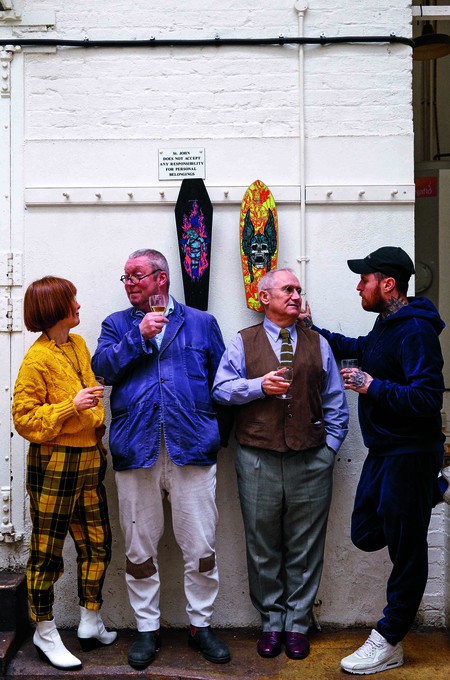 Kate Tiernan, Fergus Henderson, Trevor Gulliver and Lee Tiernan are seen here inside St John, the restaurant that taught Tiernan so much of what he knows | © Jason Lowe

He was compelled, however, to leave the St John mothership after catching a new obsession: kebabs. A chance opened up for a six-week pop-up in Copenhagen, to dish out “shots, beers and kebabs” in a slaughter hall turned nightclub called Bakken. The adoring fan base he earned on the ground for his offaly Bakken Specials and Ox Heart Deepthroaters built him a platform from which to launch his own restaurant back in London. Did it prepare him to go out on his own? “No. I was petrified. At St John I knew I was building on somebody else’s already-great idea; I still don’t necessarily think that this was a good idea.”

The Black Axe Mangal menu changes frequently, and has done so practically from day one. “At first, we had a bloodlust,” Tiernan says. “We had to keep it moving.” Nothing is sacred, or too good to be untouchable; even the lamb offal flatbread, the only constant on the BAM menu since opening night, got the (temporary) chop this summer. “I think we had a point a few weeks ago where nothing in the cookbook was on that night’s menu, which is what I wanted. You don’t want to get stale.” 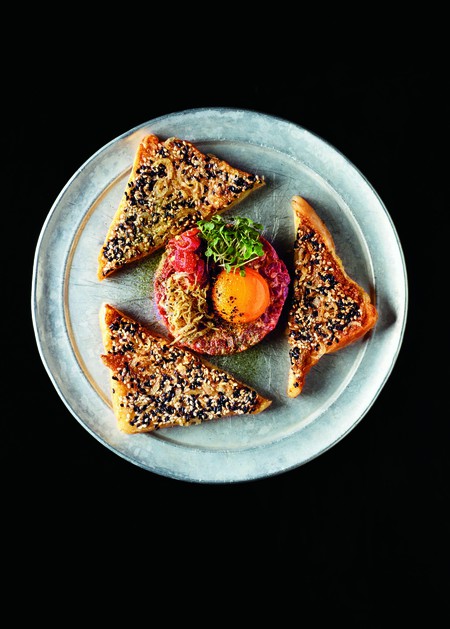 That fear always seems to hover around Tiernan. With all the hype his restaurant has enjoyed; for its pugnacious Instagram feed, heavy-metal aesthetics, outlandish combinations and subversions, you can understand the worry of being too of-the-moment. Kate Tiernan jokes that, “He sees the restaurant empty one night and says ‘That’s it! The bubble has burst. It’s over.’” He desperately doesn’t want to be pigeonholed; he didn’t even want to keep the name ‘Black Axe Mangal’ after his stint in Copenhagen. “If you look at Google, it says we’re a Turkish restaurant,” he says. “We’re not.”

He collaborates with abandon, most notably with his close friend Danny Bowien, of Mission Chinese Food in New York City. Bowien’s recipe for mapo tofu is on the menu most nights at BAM. If Tiernan wants it to be vegetarian, he’ll serve it with enoki mushrooms. If he’s feeling like Fergus Henderson, he serves it with calf’s brains. He counteracts his doubt with an instinctive approach, envisioning the dish as he wants it to taste, and then working backwards with his team until it clicks. “I want to be cuisine-fluid,” he jokes, before immediately apologising for sounding too cheffy. 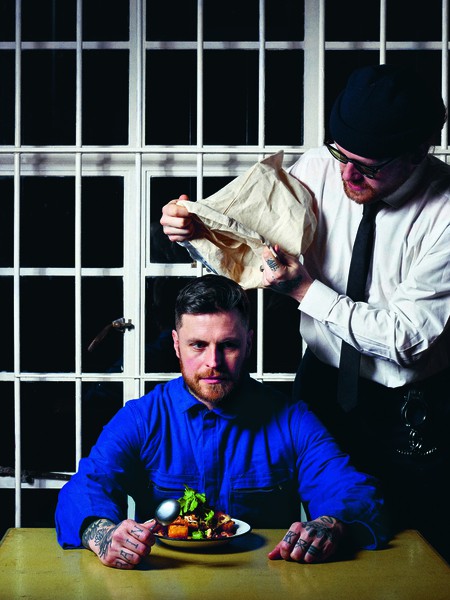 So where does Tiernan fit into the great pantheon of coffee-table cookbook chefs? If his menu changes daily, how can you measure its greatness? If we know everything that his food isn’t – what is it? In short, it is the food that Lee Tiernan wants to eat. The curry houses, Chinese takeaways, kebab shops, family barbecues, pub lock-ins, ice-cream vans, grimy kitchens, late nights and fights of Tiernan’s life are all there in Black Axe Mangal. Cut through the noise and it is honest cooking. Like all truly great cookery, it’s a sharing of his personality and history; and showing people who you really are, through any medium, is seldom a comfortable experience. 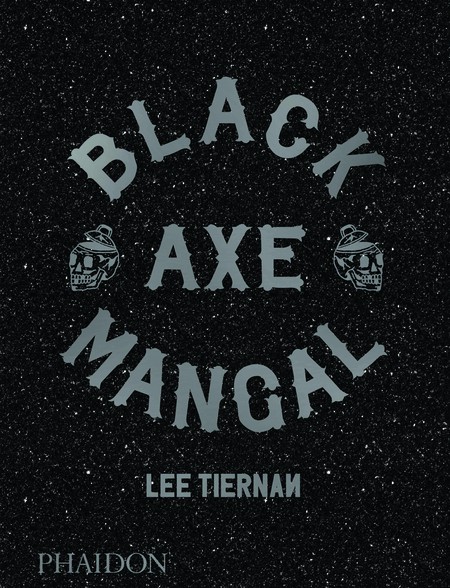