The Ketogenic Diet: Does It Work? 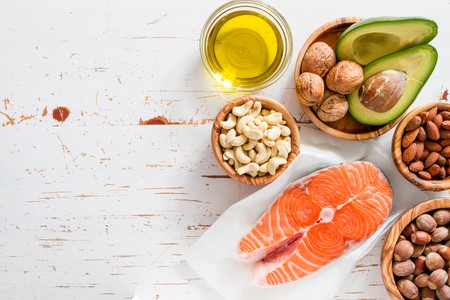 Scores of people are turning to the ketogenic diet, as studies increasingly show it’s fat that burns fat. Based on restricting carbohydrates instead of calories, this new-gen Atkins is as contested as it is revered.

Since the arrival of the Atkins diet in the 1970s – the high-protein programme that claims users can lose weight on a diet of steak, sausages and butter – the health benefits of low-carb regimes have been under constant scrutiny. Five decades later, Britain remains carb conscious, which explains the surge in popularity of the ketogenic diet, the latest low-carb craze. Under the plan, dieters commit to getting 80 percent of their daily calories from fats, 15 percent from protein and just five percent from carbs – a ratio believed to be effective when it comes to weight loss, controlling food cravings and preventing disease.

“Almost every cell in your body can burn two fuels: glucose and ketones,” says nutritional therapist Shona Wilkinson. “By following the ketogenic diet, you force your body to burn ketones instead of glucose.” When your body switches its fuel supply to run on fat, a process known as ketosis, insulin levels drop significantly, triggering the fat-burning process. The body continues to burn fat as you follow the plan despite a supercharged calorie and fat intake – the keto diet’s USP. It’s not uncommon to lose 5kg (11lb) in the first week while consuming 4,000 calories a day. 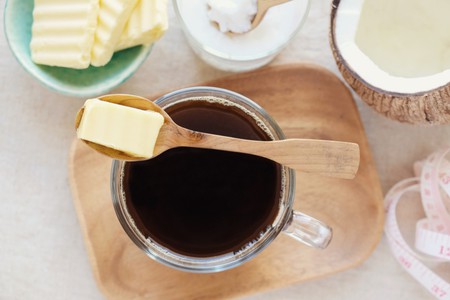 Advocates of the diet also assert that it enhances mental wellbeing. Studies have suggested burning ketones is a cleaner way to stay energised compared with running on carbs. By forcing the brain to burn fat instead of glucose, you avoid blood-sugar swings, resulting in heightened concentration. Ketones have also been shown to suppress the appetite, boosting satiety and staving off cravings.

Beyond boosting metabolism, versions of a ketogenic diet have been used since the 1920s to help treat patients with conditions like diabetes, epilepsy and other neurological disorders. The keto diet was enormously successful in treating epilepsy, but dietary solutions were soon replaced by pharmaceutical drugs.

The diet re-emerged in the early 1990s with increased research into how the combination of low blood glucose and high ketones prevents seizures. The International Journal of Preventive Medicine has suggested it can help delay the growth of tumours and the onset of Alzheimer’s. Meanwhile, Virta Health – a company that specialises in research on diabetes – claims it can help reverse Type 2 diabetes and polycystic ovary syndrome (PCOS).

However, as with any diet that cuts out a major food group, controversy surrounding keto is widespread. “The keto diet means avoiding carbs completely, which can lead to nutritional deficiencies and changes in your gut bacteria,” says nutritionist Lily Soutter. “Consuming high quantities of animal produce, typically high in fat, can also increase the risk of heart disease.” To put the diet into perspective, you should be aiming for at least 120g (4oz) of fat per day. The current NHS recommendation is no more than 70g (2oz). A Lancet Public Health study was equally damning, revealing a low-carb, and thus protein- and fat-rich diet, can lead to a shorter overall lifespan.

Despite misconceptions, keto isn’t a high-protein diet – intake must be monitored religiously, or you risk slipping out of ketosis. At the same time, it’s likely you’ll suffer from nausea, brain fog, headaches and muscle cramps in the early days of the diet as your body makes the glucose-to-fat transition. Known as the keto flu, this is one of the main reasons behind the diet’s high dropout rate.

But is the regime a long-term solution? While the ketogenic diet has proven medical benefits, when it comes to weight loss, the keto diet is a tool, not a way of life. Studies have shown that the difference in sustained weight loss from low-carb diets over low-fat diets is negligible: a separate review published in The Lancet found that people on low-carb diets lost just 1kg (2lb) of additional weight after one year compared with those on low-fat diets.

The evidence behind the keto diet for certain diseases is still preliminary and the evidence for weight loss mixed. There’s even an argument the majority of keto-driven weight loss is water weight – a phenomenon that occurs when carbs are cut from the diet. While keto may work for some, it is not a perfect fix. “When it comes to losing weight, there’s no magic bullet,” Soutter says. “The keto diet isn’t a miracle solution.”