The Keeper’s House: A Home For Art Lovers At The Royal Academy of Arts 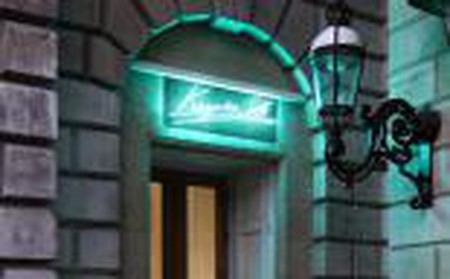 Entering London’s cultural scene in September 2013, The Keeper’s House at the Royal Academy of Arts provides a haven for art and architecture enthusiasts. Its renovation has opened up new spaces to eat, drink and socialise in fine surroundings right next door to some of the capital’s best exhibitions. 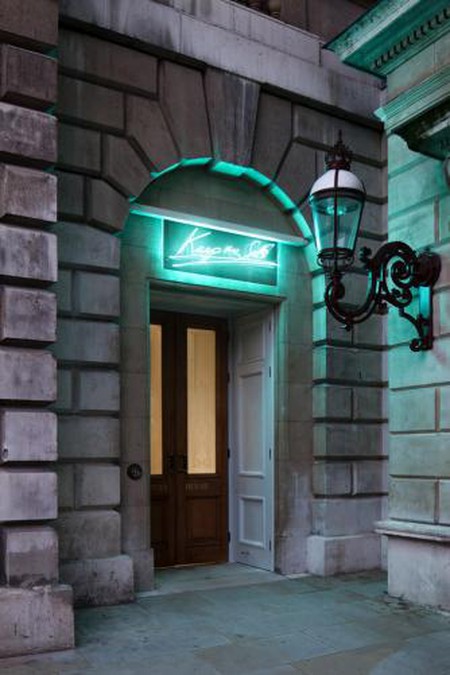 The £6.5 million redevelopment of The Keeper’s House has opened up previously unseen areas and transformed existing rooms into bold, bright spaces for art lovers. Housing an intimate restaurant, stylish cocktail bar, exotic garden and newly refurbished lounges, there is space to relax, talk and treat the taste buds to something special. It has also tailored its offerings for both evening and daytime visitors.

The Royal Academy of Arts has been celebrating art and architecture since its foundation in 1768. It is the oldest British art school and has an international reputation for its exemplary exhibitions. The Keeper’s House is tucked into the corner of the Royal Academy’s grand Annenberg Courtyard. The house’s history spans 140 years and was traditionally the residence of the Keeper of the Royal Academy. The present day Keeper no longer resides here, but the Royal Academy has maintained the tradition of a Keeper who guides and inspires its students.

Visitors are treated to a slice of the past at The Keeper’s House. Award-winning architects Long & Kentish have kept many historical features in tact, such as old ceiling beams and hearths. Furthermore, a trip down to the basement reveals layers of brickwork and vaulted cellars. There is also a feeling of going behind-the-scenes at the Royal Academy, with prestigious art adorning the walls and the occasional glimpse of students in their studios. 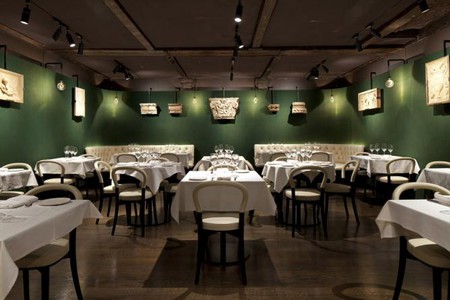 Keeper’s House, The Restaurant, A, 2013 | Photo by Tim Mitchell / arcaidimages.com

The walls of The Keeper’s House are enlivened with art from the Academy’s collection and works by famous Royal Academicians feature throughout the building. A neon sign by Tracey Emin rests above the entrance and a sculpture of Grayson Perry’s famous teddy bear sits in the hallway. All along the staircase are black and white photographs of Royal Academicians that have graced these rooms over the years. 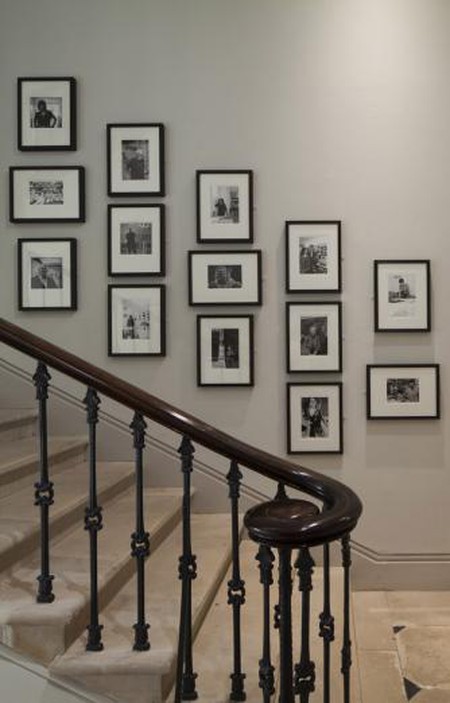 During the day The Keeper’s House is exclusively for Friends, Patrons and Royal Academicians, but in the evening it can be enjoyed by all. The newly refurbished Sir Hugh Casson and Belle Shenkman Rooms, which were previously Friend’s rooms, are now open to the general public from 4pm. In the Sir Hugh Casson Room, freshly baked cakes and tasty light lunches are on offer alongside craft beers, fine wines, coffee and many varieties of loose leaf tea. Visitors can also retire to the cosy Belle Shenkman lounge with their beverages.

Much thought has gone into the design of the interiors by David Chipperfield Architects, as well as the exteriors, with a glass atrium lift connecting buildings. On a rooftop, Michael Craig-Martin’s striking red Pitch Fork draws attention to the garden below. Designed by famous landscaper Tom Stuart-Smith, a mini oasis has been created with vibrant green foliage, which provides a welcome contrast to the dark brick surroundings. The garden’s Australian tree ferns also add an exotic boldness to this sheltered little spot. 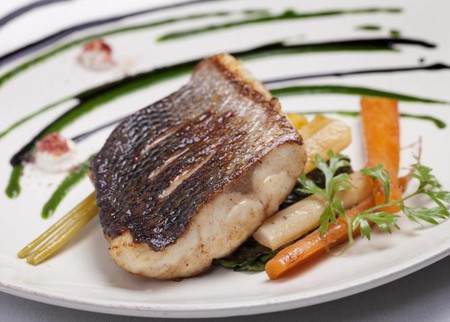 Dish at The Keeper’s House, 2013 | Photo by Neil Setchfield

Finally, the restaurant on the lower ground floor offers fine dining for Friends of the Royal Academy in the afternoon, and the general public in the evening. It is an enticing space with bottle-green walls that provide an eye-catching backdrop for the architectural casts that adorn them. Managed by restaurateur Oliver Peyton, its menu upholds his main principles of using seasonal ingredients and freshly sourced produce, such as fish caught on the day it’s cooked. Furthermore, Peyton’s restaurant champions British food, like partridge and venison. Chef Ivan Simeoli has used these principles to create imaginative dishes such as roast hare loin, trompettes, pink fir potatoes and sour onion. The menu also draws its inspiration from recipes that were found in the Royal Academy’s archives. Meals are complimented by a well-selected wine list and take place close enough to the cocktail bar for a sophisticated after dinner drink.

By creating this appealing venue for its visitors, the Royal Academy has joined a growing trend to link gastronomic and social spaces with cultural attractions. It has also opened up The Keeper’s House to an evening trade for those who might not normally visit exhibitions. The menus have been designed with a range of clientele in mind, from those that simply want a light bite to eat, to those looking for a unique culinary experience. What’s more the staff are welcoming and the different rooms are cosy and inviting, creating a charming ambience throughout.