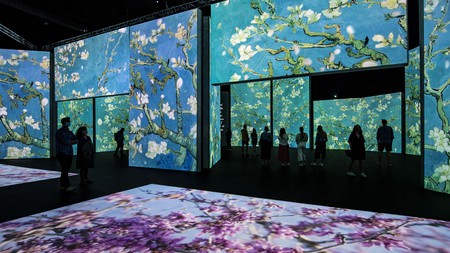 The immersive 'Van Gogh Alive' arrives in the English capital this year, and it's expected to be a big hit | © Richard Blake

Having toured 65 cities around the world and entertained more than 7m visitors, Van Gogh Alive arrives in London this year, with record numbers expected to attend as the UK prepares for a domestic summer. Vincent van Gogh is one of the most influential artists ever to have picked up a paintbrush, and his work is often linked with his Dutch birthplace, but this show is also something of a homecoming for the Old Master. 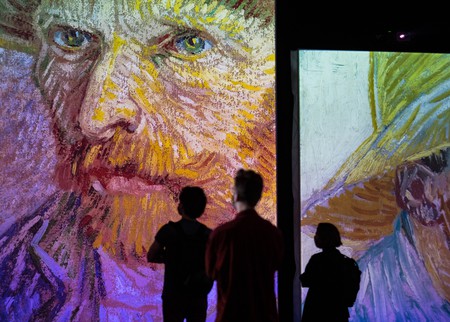 “The time Vincent van Gogh spent in London was extremely formative for the artist,” explains Livia Wang, creative director of Van Gogh House. “Arriving at the tender young age of 20, this city is where Vincent came of age and formed his opinions on art, life and politics. There is something very relatable about being young and leaving home for the first time, moving to a new city.” 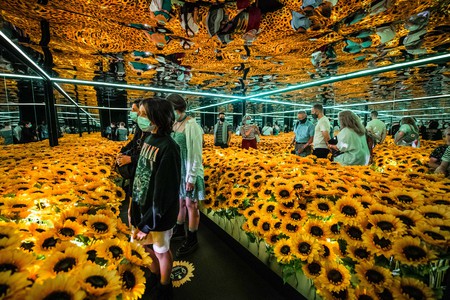 The immersive show is now open and is housed in a purpose-built gallery in Kensington Gardens. You can step right inside the artist’s paintings for a new way of looking at his work. From static displays to reimagined variations on masterpieces, Van Gogh Alive does away with the conventions of traditional art galleries where silence is golden. Music accompanies the shows, which are projected throughout a number of rooms and onto a variety of surfaces.

There are other areas that allow you to interact physically in interpretations of spaces that Van Gogh would have seen with his own eyes. These living paintings are perfect for social media posts, but also give you a chance to understand how the Dutch artist visualised real places and objects. 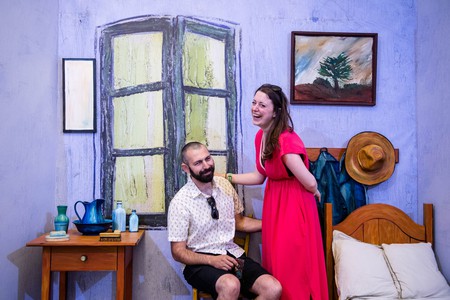 One of those places that left a big mark on a young Vincent is now the site of a building that honours his time in the city. “The Van Gogh House is a small, terraced house in Stockwell, South London, where Vincent lived for a year in 1873,” says Livia Wang. “He was very happy living here, writing about the flowers he grew in the garden and the school that his landlady ran from the front parlour. The building is 200 years old and has hardly changed in all this time.” Van Gogh House is open to the public, with guided tours, workshops and other exhibitions available to visitors. 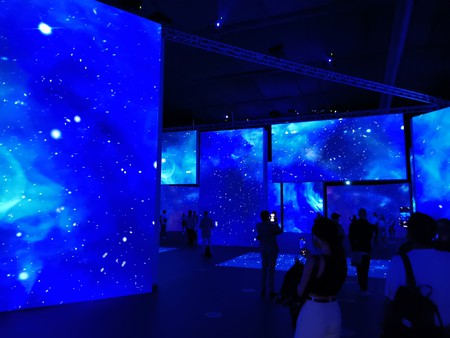 Fellow artists are in for an even bigger treat, however, as Wang tells Culture Trip about the most exciting aspect for many future creatives: “Residencies are a big part of our programme, where we close the house for periods to allow artists to live and work from the building. Artists are able to sleep in Van Gogh’s bedroom and work from a purpose-built garden studio. I think it is brilliant that new art can be made in this historic setting.”

Not many Londoners know about the time Van Gogh spent in their own city. Wang says: “Vincent came to London to work for his uncle’s art dealership, Goupil & Cie. They had offices and showrooms in the Hague, Paris, Berlin, Brussels, New York and London. The office in London was more of a warehouse than an art gallery, and Vincent would have learnt how to deal prints and reproductions of paintings, earning around £90 a year – which would have just about covered his room and board, with a little to spare.” 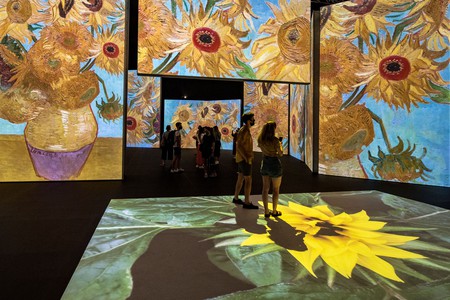 Let’s not dwell too long on how far £90 would get you in London today, and instead take a closer look at what Vincent (apparently, the artist got locals to call him by his first name, as many found it difficult to pronounce his surname properly) got up to in the bustling capital.

One of the first things he did was buy a top hat, to try to fit in with the fashion of the time. “Vincent loved to walk round the city, too, including commuting from our house on Hackford Road in Brixton to the office in Covent Garden six days a week,” says Wang. “According to his letters, this took a mere 45 minutes, favouring a route over Westminster Bridge. He would also spend weekends in Hyde Park admiring people riding on Rotten Row, as well as taking long walks to Crystal Palace and Box Hill. He visited London’s galleries, such as the National Gallery, the Royal Academy of Art, the British Museum, the South Kensington Museum (now the V&A) and Dulwich Picture Gallery. His signature is still in the guestbooks of these places today.” 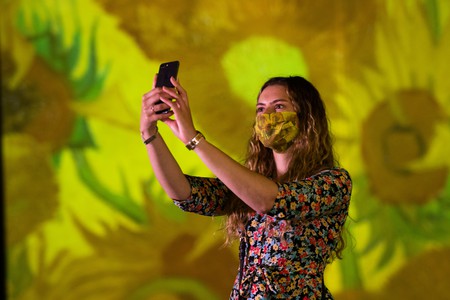 It would be a stretch for Londoners to claim Van Gogh as one of their own – he did speak four languages and spent significant time in several European countries, after all – but there does seem to be something special about his time here. Wang says: “As a Londoner, Vincent read voraciously, from the poems of Keats to the bucolic landscapes of George Eliot. He particularly loved the socially engaged stories of Charles Dickens. He would often buy copies of London magazines The London Illustrated News and The Graphic, poring over the black-and-white prints illustrating the plight of London’s working classes, prints he continued collecting throughout his life.” 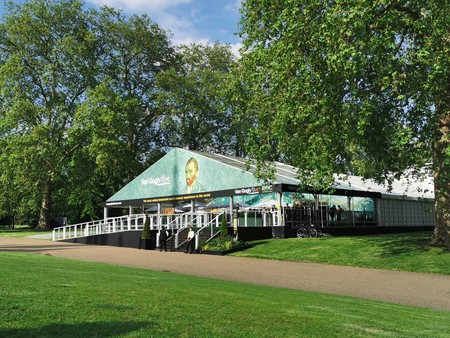 Van Gogh Alive lets you step into the worlds the artist created and get a better understanding of what makes his work endure to this day. The show runs until 26 September and is open seven days a week. Tickets can be booked in advance, and the closest tube is High Street Kensington.