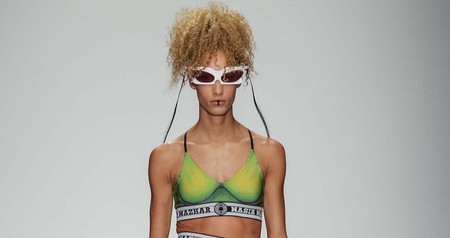 General Eyewear is about as specialist as a London glasses store can get, with an extensive archive of vintage frames dating back to the 1790s, as well as contemporary designs for everyday wear. In process and product, their approach is achingly modern; creating pieces and the curating store’s surroundings with a precision that elevates glasses to sculptural heights, while also maintaining the straightforward functional element of eyewear.

Founder Fraser Laing transformed his knack for discovering vintage frames into a full time occupation back in the heady days before hipster existed in the lexicon of every Londoner. Having unearthed a niche, Laing expanded on the interest in vintage and unique frames into General Eyewear‘s first iteration; located in the stables in Camden Market, Alexander McQueen and Jil Sander were among the original customers, while the architect Ron Arad was an avid first supporter and remains so. The brand started to supply vintage pieces to films (Eddie Redmayne in Theory of Everything offers one notable example) which in turn led to the creation of their own custom frames.

‘Eyewear becomes more interesting as you get into it,’ says Elliot Barnes, creative co-ordinator of the General Eyewear, citing the intrigue around finding ‘bizarre French heroin addict designers who made one incredible collection and nothing else,’ as one of a multitude of unique histories and traditions offered within the relatively uncharted vintage eyewear scene. Their finds so far have won fans among designers such as Charles Jeffrey, Nasir Mazhar, Thomas Tait and Hussein Chalayan.

We meet in General Eyewear’s Soho store, their most recent opening. Starkly painted and delicately arranged, the space – pocketed in one corner and jarringly juxtaposed next to an Eat, is easy to miss – which, like the concept stores in Tokyo or the original Goodhood store, is at least part of its allure. Curious customers hunt the store down; long-time fans make special journeys. ‘A lot of people come to us because they’ve thought about what they want,’ explains Elliot of their customers. ‘Most people want a pair of glasses that will do a certain something to them. [General Eyewear] is a weird kind of atelier.’ The brand’s Camden store, which offers an equally eclectic though more cluttered interior, has production within the store, set back from the displays. Customers can draw on the extensive in-house archive to design their own, new frames, making full use of the custom, atelier service. 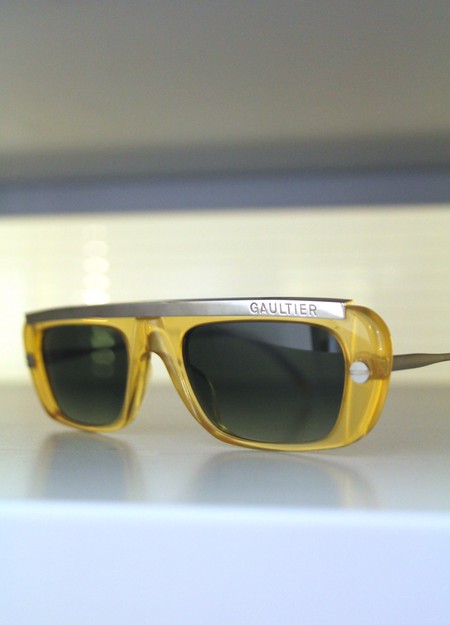 General Eyewear is both symptomatic of, and different from, London’s new obsession with glasses. In the last two years, independent glasses brands have sprung from the shells of old Next stores, all offering their own version of a rebooted eyewear experience. While rivals present handmade frames, General Eyewear offers a bespoke service, with more space for conversation and imagination. ‘The strange thing about General Eyewear is that it exists in a public sphere, but is the kind of thing that could exist for the film industry or fashion industry only,’ Elliot tells me. ‘It’s good, because when you have to make new glasses you need to make enough to suit a lot of people, but being able to make things one by one and experiment with them each time means we stay outside of the mainstream, and a bit ahead of the curve.’ 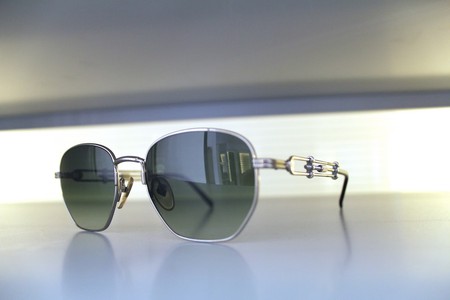 In the flux of the retail industry, glasses will – crudely put – always be something people want to physically try on their faces before they buy them, which in turn allows for space to think innovatively about what they are, and how people relate to them. ‘It’s more sculptural as well. You’re carving a block of acetate so it’s quite like an artwork.’ Barnes concludes, ‘if you want to get philosophical about glasses you can. There’s an idea about inner and outer spaces which is to do with the fact that someone sees you wearing the glasses, but you only see through the glasses. And also if you look at the way glasses are made, you can either see them as instruments or accessories. The amount of work that goes into creating one pair renders them much more sculptural.’ 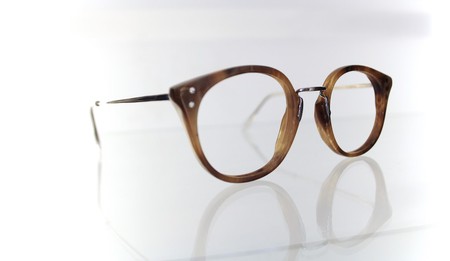 This kind of sincerity invigorates the market going forward. Post-Thatcher and the end of NHS glasses, the landscape for eyewear in the UK looked particularly bleak – even Morrissey’s dedication to his 524s couldn’t revive them in the face of competition from huge conglomerates such as Luxotica. General Eyewear is one of handful of companies that work with makers in the UK, designing and carving the frames from acetate blocks, hand-pinning the frames and adding unique detail to each pair of glasses. 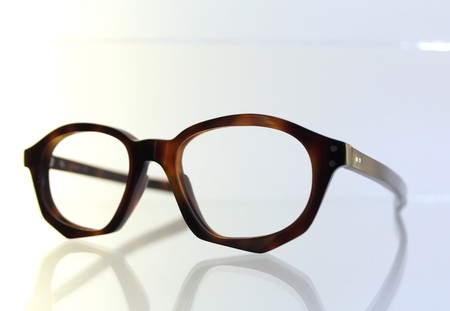 The glasses themselves carry the weight of expectation easily. In the Soho store, rare Jean Paul Gaultier frames (‘quite well regarded amongst nerds’), coveted by i-D fashion editors and FKA Twigs’s stylist, sit next to General Eyewear’s own creations, and unique offerings such as ‘the DeCordova’. The latter uses a vintage acetate from the brand’s archive, as well as silver-plated steel components, sourced from defunct factories. When you can have everything immediately and the capacity for discovery is limited to the scroll of a thumb on your phone, such precise juxtapositions create a heightened level of luxury while eschewing the traditional markings of decadence – the value is in the micro details.

A tour of the glasses on display brings out a multitude of quirks and peculiarities amongst the more standard frames: ‘The Pollock’, a splash paint-inspired acetate design compliments extreme 1950s style and late ’80s designs by Vogueart. One shelf is entirely dedicated to Paninaro styles – an Italian fashion movement inspired by American yuppie culture.

‘You want to have it in store just so someone can see it exists,’ says Elliot of these more eccentric designs as he picks up a version of a frame they have adapted from an original 1960s model. ‘I don’t think [this one] is going to catch on necessarily’ he says, ‘but you have to push beyond what is considered to be ‘on trend’, to find a space where you feel you’re experimenting.’ 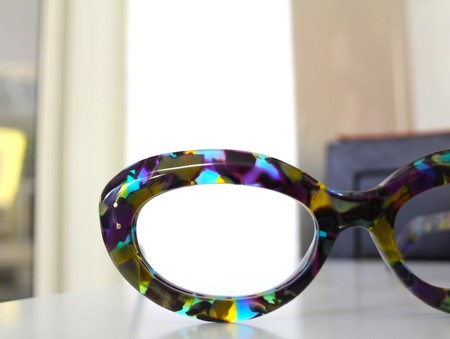