The History Of The ZSL London Zoo In 1 Minute

ZSL London Zoo is the world’s oldest scientific zoo. Situated at the northern edge of Regent’s Park, it opened on 27 April 1828. As it was originally intended to be used as a collection for scientific study, the zoo didn’t open to the public until 1847. It was the first to open a Reptile House (1849), a public Aquarium (1853), and an insect house (1881), and housing 756 species of animals, it has one of the largest collections in the UK.

The Zoological Society of London (ZSL) was established by Sir Stamford Raffles and Sir Humphry Davy in 1826, who obtained the land for the zoo and created its plans. After Raffles’s death, the third Marquis of Lansdowne took over and supervised the building of the first animal houses. In April 1828, the zoo opened its doors to fellows of the Society to provide access to species such as Arabian oryx, greater kudus Orangutang, and other animals, some of which are sadly now extinct. To aid funding, London Zoo opened to the public in 1847. 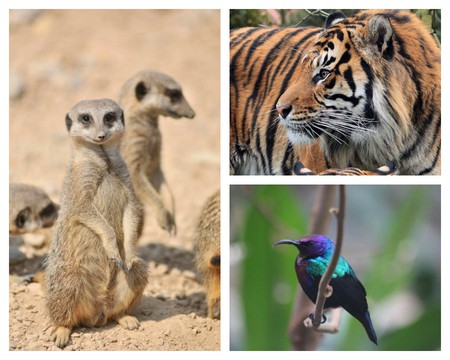 Until 1902, all the tropical animals were kept inside, as it was assumed that they couldn’t survive in London’s cold weather. When Dr Peter Chalmers Mitchell was appointed Secretary of the Society, he announced a major reorganisation of the buildings and enclosures of the zoo, inspired by Hamburg Zoo. This led to newer designs and brought many animals out in the open where many of them thrived. At the beginning of 1990, the zoo had almost 7,000 animals and many species that could not be seen elsewhere in the country, such as the wombat and Tasmanian devil. However, in the 1980s, London Zoo was facing severe financial problems, and when its closure was announced in 1991, a swell of public support in visitors and donations not only allowed the zoo to continue its work but also to restore its buildings and create environments more suitable for the animals.

Today, ZSL London houses an impressive range of reptiles, fish, invertebrates, birds and mammals. Of more than 650 species at the zoo, 112 are listed as threatened in the Red Data Book. London Zoo’s main exhibits feature a Gorilla Kingdom with a group of six western lowland gorillas, a Tiger Territory, including five tigers and their three cubs, and the Land of the Lions, which opened in 2016 and is now home to four Asiatic lions. Other highlights are the Blackburn Pavilion, a rainforest-themed tropical bird aviary and ‘Into Africa’, an Africa-themed area featuring giraffes, zebras and hippopotamuses.