A Brief History of the Victoria and Albert Museum 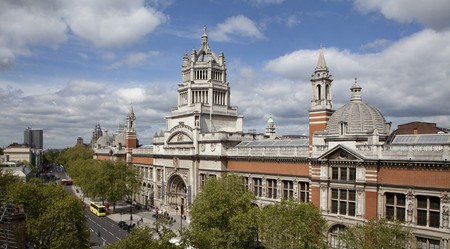 The Victoria and Albert Museum is the world’s largest museum of decorative arts and design with a permanent collection of over 4.5 million objects. More importantly, the museum stands as a testament to the work of its namesakes, Queen Victoria and Prince Albert, and their commitment to bring 19th-century London into the modern age.

A year out from her coronation, a teenage Victoria complained of her boring cousin Albert. He was too bookish, didn’t like dancing and was generally disapproving of young Victoria’s vivacious spirit. Neither would have guessed that their eventual marriage would go down in history as one of the most romantic royal partnerships to exist, let alone that their names would be joined for eternity on one of London’s foremost cultural institutions.

What is the Victoria and Albert Museum?

Built in 1857, the Victoria and Albert Museum (V&A) was first known as the Museum of Manufactures and later the South Kensington Museum before it was officially christened as the Victoria and Albert Museum in 1899. The queen herself was in attendance and laid the final foundation stone for the museum’s new buildings, designed by Aston Webb – it would be the Queen Victoria’s last public appearance before her death in 1901. 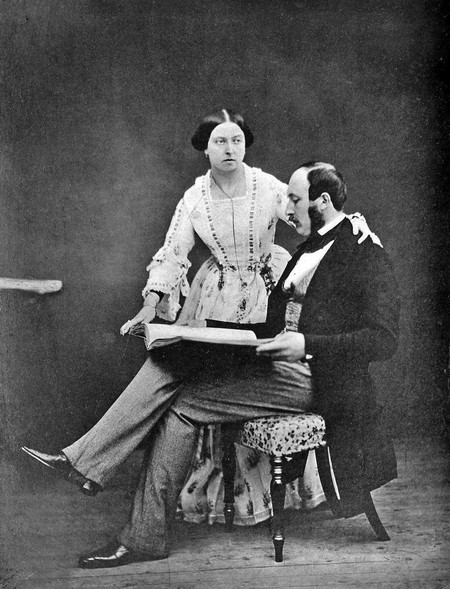 The ceremony also honoured the late Prince Albert’s contributions to London as a champion of arts and education. The very bookishness that a young Victoria bemoaned became one of Albert’s greatest assets as royal consort. Along with the V&A, Albert was involved with the creation of the Natural History and Science Museums, and Royal Albert Hall, all of which are within walking distance of the V&A earning the area of South Kensington the nickname ‘Albertopolis’.

Queen Victoria, though not directly involved with the day-to-day operations of creating the museum, saw the benefit of her husband’s social activism and her support of his work was indispensable to its success – as were the weight of the royal purse and the spoils of imperial acquisition.

Why was the V&A built?

In its earliest iteration as the Museum of Manufactures, the V&A was the brainchild of Prince Albert and Henry Cole – inventor of the modern Christmas card – who had previously worked closely together on the Great Exhibition of 1851.

Both men sought to inspire all Brits, regardless of class status, to be educated about their world. This would become a conflict in the planning stages of the 1851 exhibition. Social elites feared that class-mixing at the Great Exhibition would cause a literal revolution and that Britain’s distinct class structure would be irreparably damaged.

Luckily, Cole and Albert were right to assume that curious minds were not the sole property of the moneyed classes and the Great Exhibition was a resounding success. People from all over London and the world flocked to see the ingenuity of British engineering and the splendour of imperial power, all housed under a transparent glass building in Hyde Park. 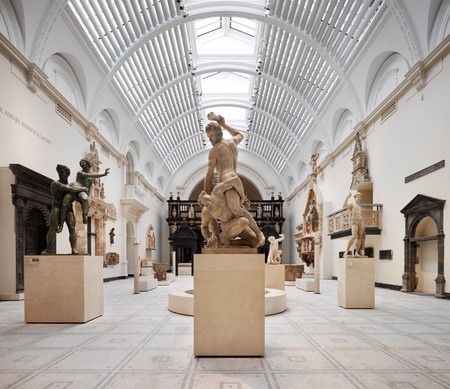 The Renaissance City (1350-1600) exhibition, one of the V&A's many sculpture galleries | © www.alanwilliamsphotography.com

The Great Exhibition was such a resounding success that the next logical step for Prince Albert and Cole was to find a way to create a permanent version resulting in what are now referred to as the South Kensington Museums.

When ground broke on the new Museum of Manufactures, Cole was named its first director and the invention of gas lighting made their dream to make the museum accessible to all Londoners. Artificial lighting meant that the museum could be open in the evening, a time more convenient for the capital’s working classes.

The V&A continues to honour its early commitment to accessibility with free entry to permanent exhibitions, while fostering creativity in London with regular educational talks, tours, courses, family events and workshops. It has also expanded its mission through outside partnerships to help operate other V&A outposts in the UK including Dundee, Blackpool and Sheffield.

What can you see at the V&A today?

The tremendous collection of over 4.5 million objects has grown rapidly since its beginning. The museum boasts an unparalleled range of ceramics, glasswork, textiles, silver, ironwork, jewellery, furniture, sculpture, paintings, prints and photographs from around the world, spanning the breadth of history from antiquity to the modern day.

Highlights from the V&A’s permanent collection include the Ardabil Carpet – the world’s oldest dated carpet – The Three Graces marble sculpture, Cecil Beaton’s royal photographs and an impressive collection of dresses and costumes worn by notable figures throughout history. 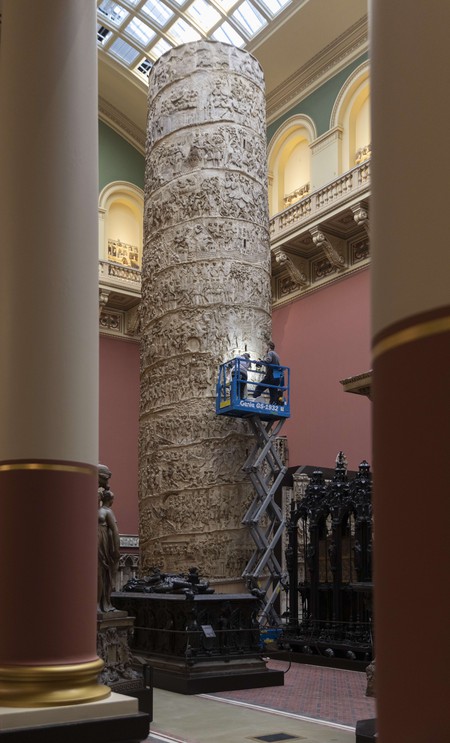 Over the last century the V&A has also undergone various architectural changes to better display their collections and the museum’s history. In the Exhibition Road Quarter, recently designed by architect Amanda Levette, visitors can enjoy temporary exhibitions or leisurely sip a coffee at the café while marvelling at the historic façade originally designed by Aston Webb.

While additions to the museum offer an opportunity to display archived collections, the V&A has been committed to restoring the museum’s existing exhibition spaces, most notably the Cast Courts. Originally unveiled in 1873, the two impressive halls house plaster cast reproductions of internationally significant art including the impressive Trajan’s Column – which you can now step inside – and Michelangelo’s David. The censorial fig leaf placed over David’s ‘manhood’ after the statue’s nakedness proved too shocking for Queen Victoria is also on display; a nod to how the museum and Londoners have evolved since the 19th century.

Whether intrigued by David’s unveiled junk or the V&A’s more future-focused ticketed temporary displays like 2019’s Videogames exhibit, a visit to the museum offers something for everyone, the real trick is seeing everything before closing time. 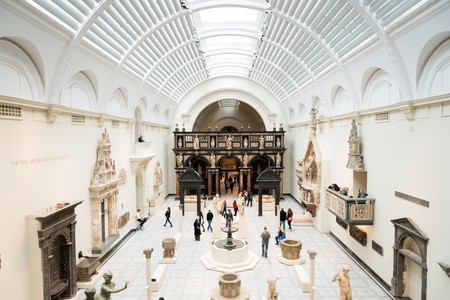