The History Of The Royal Albert Hall In 1 Minute 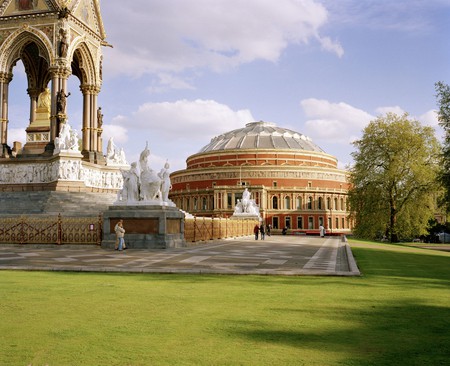 The Albert Memorial and the north facing entrance to the Royal Albert Hall. | © Marcus Ginns

Dedicated to Prince Albert and opened in 1871, the Royal Albert Hall seats 5,272 spectators. Every year there are over 390 shows in the main auditorium, including music concerts, ballet, opera and film screenings, award ceremonies and community events. There are a further 400 events occurring each year in the non-auditorium spaces, appealing to both locals and tourists alike.

The planning of the Royal Albert Hall began in 1851 when the Great Exhibition inspired Prince Albert to propose a permanent area that would enlighten the public on the works of industry from all nations. Queen Victoria laid the foundation stone in 1867, declaring what was then the Hall of Arts and Sciences ready to be constructed. The hall was officially opened on March 29, 1871, named the Royal Albert Hall of Arts and Sciences – in Albert’s memory – and Edward, the Prince of Wales, provided the welcome speech as Queen Victoria was too overcome with emotion to speak.

Each aspect of the hall is magnificent; the iron metal-framed roof weighs 338 tonnes, with 279 tonnes of glazing. In 1917, an unexploded shell smashed eight panes of glass and damaged 12 terracotta blocks. To prevent this from happening again, the glazing was painted black and coated with anti-splintering varnish in March 1940. In October, blasts from three different bombs splintered the majority of the panes. 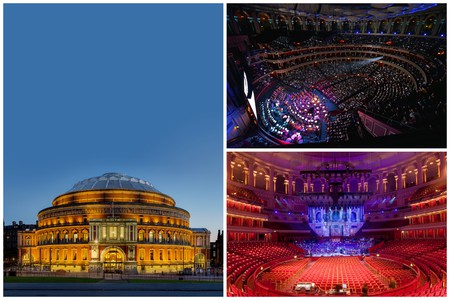 Built by Henry Willis, the iconic organ was installed in 1871 and consists of 9,999 pipes. Further, the acoustics within the Hall were tested with the utmost detail, minimising the echo with fibreglass acoustic diffusers – known as mushrooms – hung from the auditorium’s ceiling.

The opening night saw the Grand Jubilee Concert held by Queen Victoria, on March 29, 1871, celebrating the formation of the Royal Choral Society in October of that year. The Hall has since been host to over 30,000 events including the likes of Sinatra, The Beatles, Jimi Hendrix, The Killers, and Kaiser Chiefs, alongside political figures such as The Dalai Lama and Nelson Mandela.

Not forgetting the BBC Proms have been held annually since 1942, and the Royal Choral Society is the longest-running regular performers, having performed since 1872.

The foundation stone is made out of Red Aberdeen granite and was laid using a golden trowel with a glass time-capsule underneath. The capsule contains an inscription and various gold and silver coins. The stone is still partially visible; if you’re ever sat in Row 11, seat 87, take a peak under your seat!

📅 Box Office: open every day from 9AM, with tours beginning at 10AM.