The History Of The Natural History Museum In 1 Minute 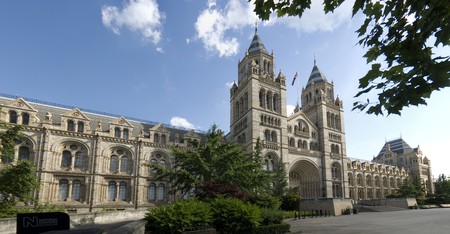 Crowned ‘a cathedral to nature’ the Natural History Museum boasts over 80 million specimens and has been proudly displaying such artefacts since 1753. Free for all history lovers, the immensely popular attraction, Dippy the Diplodocus, who welcomes you to the museum is just a beginning of the wonders housed here.

A beloved landmark, the Natural History Museum dates all the way back to 1753. The renowned doctor Sir Hans Sloane collected natural history specimens and cultural artefacts throughout his life. Upon his death, it was found in his will that he had requested for Parliament to buy his collections and display them. Sloane had collected over 71,000 objects and the findings were bought for a gigantic £20,000; this was the beginning of the museum. 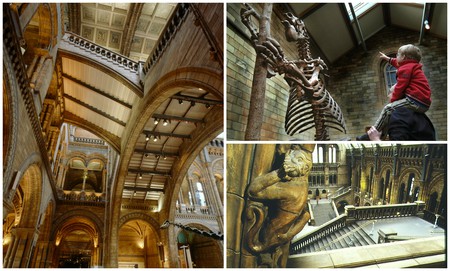 Courtesy of the Trustees of the National History Museum

The terracotta constructed building was officially opened on 18 April 1881; it was built with this material as terracotta was more resistant to Victorian London’s harsh climate. The structure has examples of Romanesque architecture and has been considered a work of art in its own right. The gallery ceilings were adorned with elaborate tiles that display a wide variety of plants, and the Hintze Hall ceiling boasts a vast 162 individually decorated panels; reflecting the era when exotic plant specimens were being introduced into Britain.

The immense size of the museum comes down to Sir Richard Owen. Owen insisted that the building be big enough to house the entirety of their collections and have room for their ever expanding specimens. The controversial man, known for his quick temper, made sure there was a large amount of space for the creatures and fossils to come in.

Owen famously claimed the museum as ‘a cathedral to nature’, insisting that it be completely free and accessible to anyone of any background.